Might it strike you as improbable that one artist played a major role in both of these songs, the first which he sang to a hit that peaked at #11 on the R&B charts, the second which he wrote but was beyond happy and surprised to see another artist take to #1 on the jazz charts of his time? 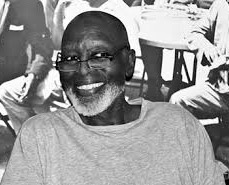 The two songs bookend a particularly transitional period not only for singer and songwriter Gene McDaniels (pictured on the right), but on a much wider scale, the cultural-political history of the United States between 1961 and 1966.

“A Hundred Pounds of Clay” was a feel-good piece of vanilla sentiment for a feeling-good country just emerging from the somnolent 1950s, and it helped set up all that followed in McDaniels’s music career. (“Nice little song you got there, friend…”)

McDaniels never disowned it, and, indeed, a tender You Tube clip you’ll see below shows him singing it just a year before his death to a group of shy teen girls as part of a school arts mentoring program.

But by 1966, the country seemed to be imploding from multiple scourges of war, racial unrest, and general loss of the can-do mojo that had supercharged its path to world dominance since the end of World War II. And McDaniels, a Nebraska preacher’s son and proud black man of deep and deliberate feeling, had much different fish to fry than picturing God in a ceramics studio, making a partner for males. (Not that there’s anything wrong with that…) 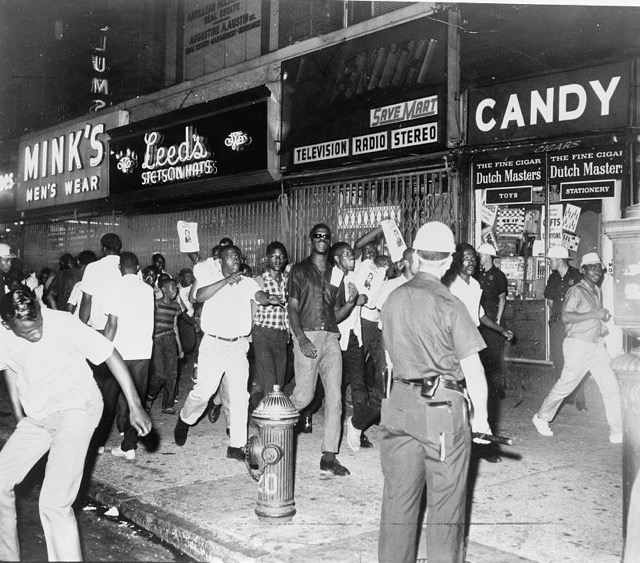 McDaniels wrote “Compared to What” to virtually no fanfare as a Dylanesque ballad (he was a longtime admirer of Dylan) but later said in interviews that he had his ex-bandmate, the keyboardist Les McCann, in mind all along as his preferred interpreter. The problem was that he and McCann were not on speaking terms after McDaniels left McCann’s trio a few years earlier under less than cordial conditions.

The pair eventually made up after McDaniels proffered a sincere and even public apology, with McCann then recording a relatively tame, ballad version of it in 1966 that didn’t make any waves.

But in the way of things in the jazz world, rare is the song that gets played the same way twice, and over time, the music began to move a lot more as it rode along with McCann’s uninhibited keyboard style.

And then one of those nights happened, and it just happened to be at the fabled Montreux Jazz Festival in Switzerland on June 21, 1969. With the cameras rolling and McCann’s band on fire in a blaze of improvisation, “Compared to What” suddenly revealed itself as a driving, righteous and incendiary howl of indignation, equal parts social anger and musical exploration, its essence uncovered at last.

(Asked later how long the band had rehearsed its set, McCann replied, “About 10 minutes.” If it wasn’t jazz, one might dismiss such a claim out of hand…)

McCann and percussionist Donald Dean laid down a relentless, pounding beat behind McCann’s alternately emphatic and incredulous vocals that seemed to challenge the very sanity of the world he was beholding. He and consummate sax man Eddie Harris launched the bulk of the fireworks, joined by trumpeter Benny Bailey and bassist Leroy Vinnegar—along with a jazz-savvy crowd that seemed to recognize that the explosive 8-minute riff they were soaking in was already becoming one for the musical history books.

McCann actually left the stage at song’s end in a state of disconsolation, so bathed was he in its mix of anger and despair and none too sure how to read the crowd’s reaction. In a 2015 interview, he confided:

“I was angry when it was over and I went back to my hotel room to cry on my wife on the phone. When I was done, my manager called and said ‘Man, the band’s calling you wanting to get your butt back onstage. There’s something magic going on.’”

Let’s give the song a listen and read now and sink into the scene, the beat, the sweat on the band’s brows as it serves up an uncompromising vision of what music’s moods and movement can be.

I love the lie and lie the love
A-Hangin’ on, with push and shove
Possession is the motivation
That is hangin’ up the God-damn nation
Looks like we always end up in a rut (everybody now!)
Tryin’ to make it real, compared to what? C’mon baby!

The President, he’s got his war
Folks don’t know just what it’s for
Nobody gives us rhyme or reason
Have one doubt, they call it treason
We’re chicken-feathers, all without one nut. God damn it!
Tryin’ to make it real, compared to what? (Sock it to me)

Church on Sunday, sleep and nod
Tryin’ to duck the wrath of God
Preacher’s fillin’ us with fright
They all tryin’ to teach us what they think is right
They really got to be some kind of nut (I can’t use it!)
Tryin’ to make it real, compared to what?

Where’s that bee and where’s that honey?
Where’s my God and where’s my money?
Unreal values, crass distortion
Unwed mothers need abortion
Kind of brings to mind ol’ young King Tut (He did it now)
Tried to make it real, compared to what?!

“Compared to What” became the first cut on the group’s live album that came out of that evening, titled “Swiss Movement.” It’s a great title, a multiple entendre suggesting the precision of a Swiss watch, the body’s natural desire to join wholly into every musical groove it encounters, and also a cultural “movement” that the work takes the measure of and then turns into art with a profound social conscience.

“They really got to be some kind of nut!” McDaniels-McCann howl. “I CAN’T USE IT!

What can’t they use? Preachers bathed in hypocrisy, for one.

Faux patriots and their “crass distortion” of a true patriotism that faces the country’s shortcomings with humility and resolve.

Also: a president sending the young to die for reasons as murky as the jungles they confront.

And let us not forget the poor dumb rednecks.

McDaniels is not asking anyone to make an extra special effort to understand the motivations of those oppressing the country. It’s not a plea for conciliation or learned analysis of the lies, the materialism, the racism, the industrial agriculture, the wayward politicians who are “hangin’ up the God-damn nation!” 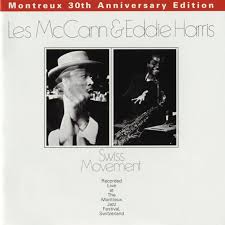 The mere utterance of both “God-damnit” and “abortion” from any stage in 1966 was still shocking and rare. (Or is that “rare and thus shocking?”) In the same interview cited above, McCann related that a Washington radio station had been fined $10,000 for initially playing the song with “abortion” intact. “By the time I did it for Atlantic (Records),” he said, “they bleeped out ‘God-damnit’ the first few releases, but they eventually left it like it was supposed to be. Shows how far we’ve come.”

Well, yes and no. One wonders what McCann, still alive at 85 years old, and McDaniels, who died in 2011, would say about the culture today, so many of the seeming tide-turnings toward justice under renewed, virulent assault, anger and lunatic conspiracies loosed like a virus across the land, albeit one seemingly impervious to ready vaccination.

McDaniels actually left the U.S. after Martin Luther King’s assassination in 1968 to reside in Denmark and Sweden for three years, joining a kind of long-running black diaspora among artists who sought a less inflamed environment in which to pursue their lives and careers. He had no idea McCann would be playing his song that magical night down south in Switzerland, and was stunned to hear about it weeks later, when a friend phoned him with congratulations.

“You’ve got the No.1 jazz tune in the world,” came the response.

McDaniels didn’t have to dig too deep to know which of his songs had achieved that lofty perch, even three years after he wrote it. The resulting financial windfall allowed him to quit performing in nightclubs, which he had come to hate, given all their smoke and tipsy chatter. He then spent the bulk of his remaining creative life devoted to his true love of songwriting.

Biggest among his subsequent hits was a return to romance with “Feel Like Making Love,” which Roberta Flack made into a #1 hit in 1974.

As it happens, Flack had recorded “Compared to What” to lead off her “First Take” album in 1969, which was released exactly one day before McCann’s “Swiss Movement” concert. It didn’t do much for Flack, but no worries there: her ravishing “The First Time Ever I Saw Your Face” on the same album became a monster hit for her when jazz-loving actor and director Clint Eastwood included it in his 1971 chiller, “Play Misty for Me.”

Well past half-century after its release, “Compared to What” remains as an enduring anthem, full of raw power, the album it led off a keepsake in many a collection. It’s hard to imagine a time when it would not be appreciated and held up as a timeless, fierce piece of music, foot-tapping, provocative, and echoing across the generations with a beat that goes right to the heart.

McDaniels and 1964 Harlem uprising photos from the public domain

12 comments to Brilliant Songs #21 : Gene McDaniels’s “Compared to What”