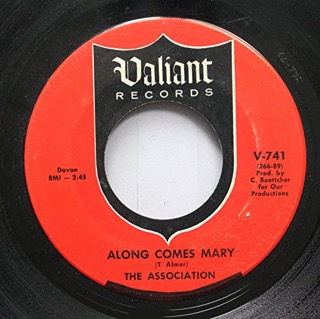 It was always the “psychodramas and the traumas” that caught my ear. I must have heard The Association’s “Along Comes Mary” a thousand times in the months after its March, 1966 debut, drawn by its almost hypnotic drive, melodic refrain and multi-syllabic wordplay.

But the words tumbled forth with such breathlessness and clung together so tightly that I never saw fit to peel them apart to ponder and appreciate not only their meaning, but also the verbal dexterity they required of the singer.

Proof positive of the latter would be to stick the lyrics in front of yourself after you’ve finished here and just try to sing along as I did recently with: “And every now and then I spend/My time at rhyme and verse and curse those faults in me.” Or: “And when the masquerade is played and neighbor folks/Make jokes as who is most to blame today.” Good luck!

But over the years, it was always the “psychodramas and the traumas” that stayed in my memory amidst the verbal torrent.

Each word rapid but succinct, nifty little rhyme, and the slight intrigue they suggested about complicated relationships in the young adult world. (I was an unwordly adolescent at the time, my psychodramas limited mostly to the basketball court.)

And then you read it again and you think: ‘Oh, it’s about marijuana, all right.’

In any case, I found myself singing little swatches of the song the past few weeks, not sure why, but since only swatches such as the title line, the final line (“sweet as the punch”) and “psychodramas and the traumas” ever truly registered, I thought I should at long last take a closer look.

Oh, I’d long ago heard that the “Mary” who came along for the singer was code for the marijuana that every zeitgeist-toking rocker was indulging in back then. But many commentators have left that as an open question, since the song also played perfectly well as an ode to a mythical Mary who would perhaps save the male singer’s soul from all the confusion and hypocrisy of the world. (Jung’s female anima principle as salvation!)

And an even deeper myth has been cited in the far reaches of the Internet, with parallels in the song apparently running true to a 13th century epic German poem entitled  “Parzival,” concerning the search for the Holy Grail. After downloading the poem to explore that possibility, I discovered it is 700 pages long, which helped influence my opting to focus instead on the song’s many other dazzling attributes. 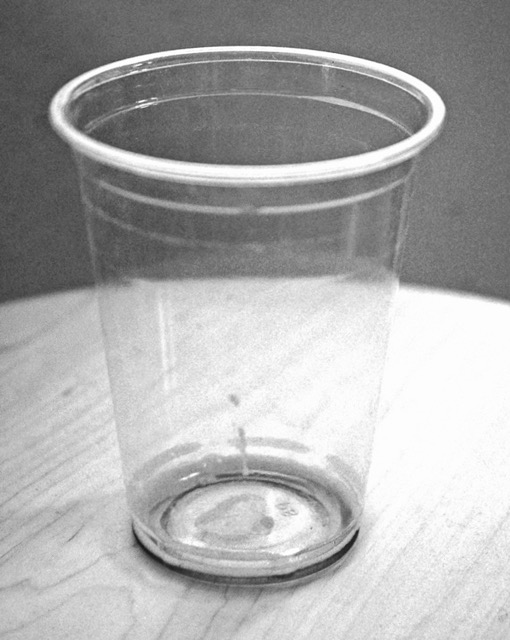 By my lights, “Along Comes Mary” is most notable as a feast of words one rarely hears in pop music, which has always been more inclined toward  lyrical expositions of “Ooh, Baby Baby” and the like.

And for that, we must give thanks to songwriter Tandyn Almer (such a name!), who wrote “Along Comes Mary” as a freelance project when he was 23 years old in 1965 and assembled some musicians to do a demo tape in Los Angeles. One of those was guitarist Jules Alexander of The Association, which had enjoyed at best tepid success working the L.A. club scene until Alexander talked Almer into letting his group record the song.

“Along Comes Mary” soon vaulted to No. 7 on the famed “Billboard” charts, leading to the group’s first album deal. The record’s B side led off with“Cherish,” a devotional slow dance classic written by band member Terry Kirkman that nabbed the No. 1 slot on “Billboard” late in 1966. Those two songs cemented  the group’s role in the annals of pop music and guaranteed royalty checks flowing to band members forevermore.

But would the album and “Cherish” ever have happened were it not for Almer and the mysterious Mary? Doubtful, but that is the pinball game of life as we know it, doors opening and closing unexpectedly, sometimes deservingly, sometimes not. 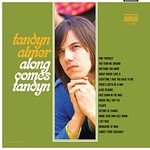 As was the case with Almer himself, who was something of a poetic and musical vagabond, dropping out of high school in his native Minnesota, moving to Chicago to play jazz, then wading deep into the ’60s music scene in Los Angeles, where he befriended Brian Wilson, wrote a few songs for the Beach Boys and others, was interviewed by Leonard Bernstein for a television special on the “rock revolution,” did too many drugs, got too little sleep, and lapsed periodically into the bi-polar disease that would last till his death in 2013 at age 70.

All the while, he had worked on a largely unknown body of work, only part of which was unearthed and produced as an album in 2014, entitled, fittingly and commercially enough, “Along Comes Tandyn.”

But nearly a half century before that, there was his Mary. Let’s give it a listen now, followed by the lyrics that will be helpful in tracking just what Almer is doing here—with a beautiful assist from lead singer Jim Yester and his fellow band members who met and raised Almer’s demanding harmonies to immediately notable and forever memorable levels.

Every time I think that I’m
The only one who’s lonely someone calls on me
And every now and then I spend
My time at rhyme and verse and curse those faults in me
And then along comes Mary
And does she wanna give me kicks
And be my steady chick and give me pick of memories?
Or maybe rather gather tales from all the
Fails and tribulations no one ever sees?
When we met I was sure out to lunch
Now my empty cup is as sweet as the punch

When vague desire is the fire in the eyes of chicks
Whose sickness is the games they play
And when the masquerade is played and neighbor folks
Make jokes as who is most to blame today
And then along comes Mary
And does she wanna set them free
And let them see reality from where she got her name?
And will they struggle much when told that such
A tender touch of hers will make them not the same?
When we met I was sure out to lunch
Now my empty cup tastes as sweet as the punch

And when the morning of the warning’s passed
The gassed and flaccid kids are flung across the stars
The psychodramas and the traumas gone
The songs are left unsung and hung upon the scars
And then along comes Mary
And does she wanna see the stains the dead remains
Of all the pains she left the night before?
Or will their wakin’ eyes reflect the lies
And make them realize their urgent cry for sight no more?
When we met I was sure out to lunch
Now my empty cup tastes as sweet as the punch
Sweet as the punch

And then you read it again and you think: “Oh, it’s about marijuana, all right.”

“…let them see reality from where she got her name.” ??

“gassed and flaccid kids are flung across the stars. ??

I was that flaccid kid once upon a time or two, and I have been flung across those stars. Unlike Almer, though, I would never have thought to employ that word (“of part of the body…soft and hanging loosely or limply”), to describe my state of being, uncannily accurate as it feels now.

Mary as the then evil weed is at once liberator and fraud through these lyrics, it seems to me.

Sure, she wants to give the plaintiff in this case his kicks and be his steady chick, but toward what end—to “gather tales from all the/Fails and tribulations no one ever sees?”

Both, it would seem. She comes along to alter consciousness, to be done with the “sickness” and the “games” that humans play, bestowing upon her devotees a “tender touch” that will “make them not the same,” and praise be for that.

But with the “psychodramas and the traumas gone,” our Mary leaves us with…what? Does she even “wanna see the stains the dead remains/Of all the pains she left the night before?”

Naw—she’s just moved on into another joint or bong, leaving the seeker-singer in the concluding lines with an“empty cup…sweet as the punch.”

A sugar high, devoid of nutrients that would help grow him to his full power, in true wisdom.

The bigger answer—to life and its enigmas in the pursuit of identity and understanding and lo, eternity—remains elusive, perhaps awaiting just one more song that will set things right at last.

Not many musicians dared approach the vocal challenges posed by “Mary,” the few covers dominated by instrumentals (Hugh Masekela, Baja Marimba Band), or forgettable imitations (Manhattan Transfer). So leave it to a punk group to take it in a completely different, irreverent direction, with a bonus clever nod to film director Quentin Tarantino’s “Reservoir Dogs.”

And one last random-amazing factoid: The Association’s single, “Never My Love,” from their 1967 album, “Insight Out,” was certified the second-most-frequently-played song on radio and television in America during the 20th century. So you ask: What was No. 1? The Righteous Brothers’ “You’ve Lost That Lovin’ Feelin’.” See the Top 100 here to impress your friends at your next dinner party!