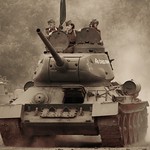 No bombs fell in downtown Durham yesterday. No rockets slammed into City Hall or its police station. Most of us here, and I assume pretty much the same about you, went about our appointed tasks and pleasures, tending to jobs, walking dogs, meeting someone for coffee, picking up kids or grandkids from school, getting a hearty something out on the dinner table to feed body and soul.

The basic stuff of life, which we often take for granted and then look back on as its best, most memorable and enduring pieces that we take to our graves with a gladdened heart.

That said, my day was only partially like that, because a good part of it was spent obsessing about the invasion of Ukraine by the Russian dictator and war criminal Vladimir Putin.

I couldn’t do enough reading and watching and listening to slake my thirst for absorbing the full impact of this momentous and horrid event, potentially the most consequential of this still young millennium, with impacts we can only speculate on in the vaguest terms as we, the entire civilized world, really, enter into the forever unpredictable Fog of War.

I do know this, however: I am dismayed, and very afraid for what lies ahead. 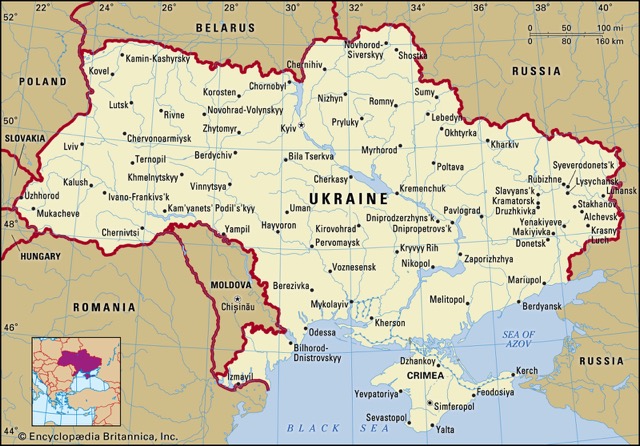 One of the memes making the rounds in these early days of anguish is that the vast majority of Americans “couldn’t find Ukraine on a map.” O.K., so let’s start there, with the map above.

Let’s put ourselves there as an imaginative exercise. Imagination, after all, is the beginning of empathy.

‘Surreal’ seemed to be the word of the day—every person-in-the-street (or shelter) who had a microphone put in front of them struggling momentarily for words to describe their emotional state, until surreal stepped in to do the work.

Ukraine is second only to Russia as the largest country by land mass in all Europe, encompassing 233,000 miles, its 43.6 million people the continent’s seventh largest population. More than any other aspect of this event that will likely reverberate through the geopolitical world for decades to come, it is those 43.6 million people I have been thinking about in recent days.

In an era of ubiquitous media that includes everyone with a smartphone, words and images fly instantaneously around the world. Sometimes that highlights cat videos, other times the winning goal in a key World Cup game.

Yesterday, it was much more about Russian tanks rolling across the Ukrainian border unimpeded, Kyiv residents hurrying into underground subway stations that double as air raid shelters, and massive traffic jams on all roads leading out of cities and the rich target zones they are for Russian bombs and missiles.

“Surreal” seemed to be the word of the day—every person-in-the-street (or shelter) who had a microphone put in front of them struggling momentarily for words to describe their emotional state, until “surreal” stepped in to do the work.

How could it be anything but?

And curiously enough, it feels much the same here as I venture out to the street and wave to the UPS guy, stop to chat up my very pregnant neighbor as she presides over her 2-year-old son sloshing through rain puddles in knee-high boots, having the time of his young life.

His antics cause a grin to break out that stretches far west to far east on my face, mirthful down to my bones.

And then back into my warm and tidy home and the news coming in from its perfectly functional communications grid, telling of dark clouds forming over the world order, courtesy of a man with a powerful nuclear arsenal, which he is figuratively waving over his head, like an ape beating his chest, warning off all other pretenders to the dominance he claims is his and his alone, over all he sees. 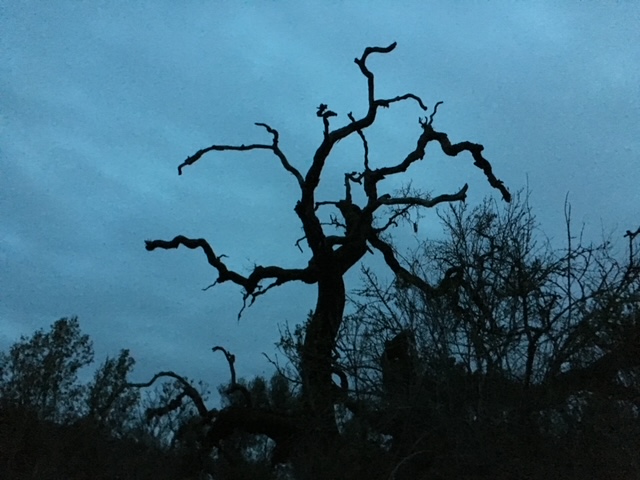 I have found myself thinking repeatedly about Mikhail Gorbachev these past days. Him with his easy smile and intriguing port wine stain forming what resembled an island country on his balding pate.

For the six years (1985-91) of his heyday, initially as general secretary of the Communist Party and a final nearly two-year stint as the heavily reformed Soviet Union’s first president, Gorbachev was a kind of rock star, hailed by world leaders and the public alike as a man of modern sensibilities, committed to democratic ideals and the dignity of his and all peoples.

He seemed to have hoisted the entire Soviet Union and its long tortuous history on his back and dragged it into the modern era of governmental, cultural and personal openness (“glasnost”) and a restructuring of the economy and military (“perestroika”). 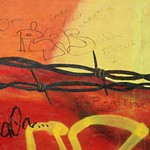 If the seemingly impregnable Berlin Wall could become nothing but dust and dark memory, and the menacing colossus of the Soviet Union dissolve into free self-governing parts, all of it without even a shot being fired, then every optimist’s fondest hopes for the arrival of a New Age redolent with peace and brotherly-sisterly love was surely, finally, at hand.

This dawn of a new era meant, among many other things, that we would be done with one country invading and intending to crush another sovereign, internationally recognized other country for no reason other than it wants to, and can.

Pundits were proclaiming the “end of history,” the final, long-delayed triumph of the Enlightenment brought to bear for humanity in a liberal world order committed once and for all to human rights and economic freedom.

That was all barely 30 years ago, a mere blink in historical time.

But if so, how could so very much have changed?

Why, suddenly, do the bad guys seem to be winning?

The answer is that bad guys will always return, as they have today in multiple venues around the world, from Russia to Hungary, Afghanistan to Syria, China to Venezuela, and most chillingly for the fate of our own country, to an embittered Vladimir Putin admirer in Mar-a-Lago.

Human history is nothing if not an endless cycle of repelling such ogres for a time as the arc of goodness ascends, deluding us into thinking our work to elevate the good and vanquish evil might finally be done, peace and prosperity ascending to its rightful throne forevermore.

There’s indeed a place where that is true: its name is “Heaven.”

However fanciful or literary that term may be, we do well to remember it is projected in all sacred texts as another place, in another dimension.

Not as heaven on earth, wherein there is none, save but for those moments, those occasional, fleeting but all-seeing moments, when we know the furthest reaches of love and contentment and can see through to them as the ultimate expression and experience of our humanity.

That all seems far away on this portentous day, and likely on many days still to come, when the world teeters on ancient animosities borne of difference and suspicion and fear, and the upwellings of aggression that remain intrinsic to our species, all species, really, in the heave-ho struggle for advantage and survival, whose beating reptilian heart is perfectly reflected in a man currently residing in Moscow, with the world at his feet, under his hollow, vacant eyes.

18 comments to Imagining Ukraine: A Meditation