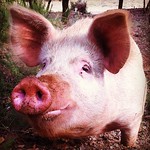 These feelings only quickened as I graduated from college and a school for the severely handicapped where I had spent my last semester volunteering a few hours a week for a needed graduation unit wound up offering me a job as a teacher’s aide.

But this left open the question of where I would live once I and the other graduating seniors with whom I shared an apartment went our separate ways.

“No problem,” said the school’s principal. “I’ve got a spare room in my farmhouse; you can stay there as long as you want.”

Surprised and intrigued, I asked a few questions before the deal-closing moment presented itself: “How much is the rent?”

“Don’t worry about it,” he replied. 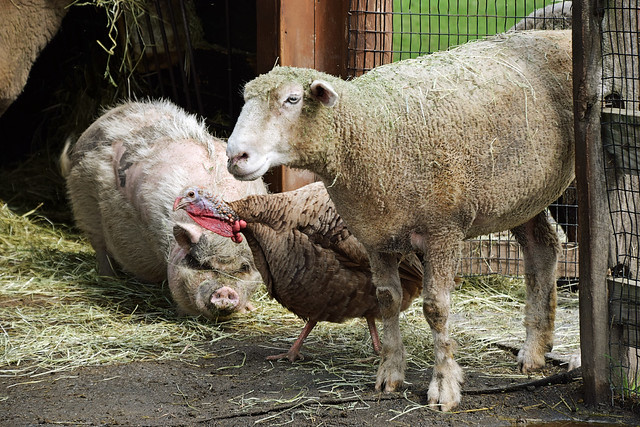 Don’s was the classic hobby farm in the unincorporated flatlands of Mira Loma, some 60 miles east of Los Angeles in Riverside County. A cow, a sow and her piglets, a few goats and geese and chickens, and the ever multiplying rabbits hopping about their cages.

A nice vegetable patch where I was introduced to and learned to love Swiss chard and beets, among other seemingly exotic produce I had convinced myself I had no use for in the callow days of my youth.

I even took to pouring goat milk over my granola, sometimes squeezed freshly by me as the relief guy when Don was gone for one reason or other.

I took to my farm chores—feeding and watering, milking, skooching the hens off their eggs, cleaning cages, butchering the occasional rabbit or chicken for the night’s dinner—with sober intent.

It was living close to the earth, right down there in the dirt and occasional blood and guts that comes with having responsibility for any living creature, whether animal or human.

And if you’re a on a farm tending animals that can serve as food for humans and you’re a carnivore, you come into a unique relationship with the creatures under your care. Our cow was named Beatrice, our sow was Abby, and I have long forgotten the name of the mama goat with the brown coat and doleful eyes of the same color.

We horsed around with and enjoyed them all for their natural humor as they moseyed around the property or came bouncing enthusiastically to the gate at feeding time. By the time my year and a half or so of farm living was up, we would wind up eating both Beatrice and Abby, an occurrence that had me wondering about the wisdom of ever having given them names.

Not that it made their steaks, chops, ribs and sausage any less flavorful.

And now I’m wondering whether I forgot the goat’s name only because I never indulged the final intimacy of taking her, too, into my body as sustenance for my own.

E.B. White’s masterful essay, “Death of a Pig,” explores this matter of humans’ relationship with farm animals like little else before or since. White (1899-1985) was and remains a revered writer across multiple genres that ranged from essays to short stories, poems, children’s books (“Charlotte’s Web,” “Stuart Little”) and the veritable bible of every serious (and even not so serious) writer’s life, “The Elements of Style,” which White wrote with his former Cornell professor William Strunk Jr. through several editions starting in 1959, and which is still a regular seller today.

He also spent just about forever (well, 49 years) as the premier writer for “The New Yorker” magazine, writing countless “Talk of the Town” pieces and others that gave the magazine so much of its sophisticated, slightly bemused, but always engaged flair. 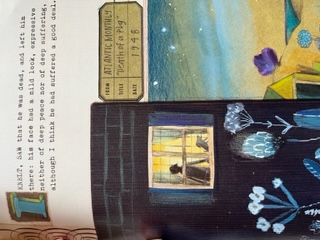 Unlike my own experience of pondering a meal from creatures I’d known and cavorted with by name, White comes at the matter from a slightly different angle.

He is the gentleman farmer in Maine also raising a few animals for future meals but who is instead brought into different relationship when his pig —who remains nameless  throughout the compact tale’s eight pages and is referred to only as “the pig”—falls ill and White is thrust, unhappily but necessarily, into the role of caregiver.

Here’s White framing the event in his second paragraph:

“The scheme of buying a spring pig in blossom time, feeding it through summer and fall, and butchering it when the solid cold weather arrives, is a familiar scheme to me and follows an antique pattern. It is a tragedy enacted on most farms with perfect fidelity to the original script. The murder, being premeditated, is in the first degree but is quick and skillful, and the smoked bacon and ham provide a ceremonial ending whose fitness is seldom questioned.”

And then the third paragraph’s complication:

“Once in a while something slips—one of the actors goes up in his lines and the whole performance stumbles and halts. My pig simply failed to show up for a meal. The alarm spread rapidly. The classic outline of the tragedy was lost. I found myself cast suddenly in the role of pig’s friend and physician—a farcical character with an enema bag for a prop. I had a presentiment, the very first afternoon, that the play would never regain its balance and that my sympathies were now wholly with the pig.”

By that paragraph’s end, White reveals that the pig dies, but then he retraces the tale, sketching the contours of that “rebalancing” as he follows the directive of a more experienced neighbor and manages to force some castor oil down the pig’s gullet with the help of his son.

This is followed by the enema White mentions above, with an “assist” by his ever-present, ancient dachshund, who does have a name (Fred), and who takes an inordinate interest in the pig.

“He never missed a chance to visit the pig with me, and he made many professional calls on his own. You could see him down there at all hours, his white face parting the grass along the fence as he wobbled and stumbled about, his stethoscope dangling—a happy quack, writing his villainous prescriptions and grinning his corrosive grin.”

One of the beauties of White’s writing is that spark of imagination that has Fred wearing a stethoscope—”a happy quack, writing his villainous prescriptions…”

Another is that he rarely concerns himself with elaborating deep philosophical issues. Not that he doesn’t give us much to ponder. But he does so always in the context of story, as he does here with his musings on suddenly turning fussy caregiver for his sick pig, along with the mostly unspoken inflow of nervousness regarding his own mortality in the wake of the pig’s decline.

All of it with  a whimsical good humor bathed in the modesty of knowing enough to let a good tale full of trenchant detail speak for itself, the less fuss the better to let the underlying wisdom, grace, and acceptance of life on its own terms sing.

The story, published in “The Atlantic” magazine in 1948 and available in full online version here, is a marvel of economy and a sterling example of the intimate personal essay that bespeaks worlds.

And nearly 50 years after the fact, it has breathed life once again into Beatrice and Abby, two early faces of the conundrums presenting themselves to this carnivore and reflecting those of every time and place.

Grappling with those conundrums and all the others with which they mingle like overlapping waves close to shore can be sobering work.

But it is work illuminated by the stories we read and hear and tell to each other, whether over a raucous family dinner table, a quiet tale told to a child half-drunk with incipient sleep, or a slow-read alone, late at night, the only sound the hum of a refrigerator as it busies itself with its appointed task.

Biography is an always daunting task in the writing and sometimes the reading, but author Melissa Sweet makes this delightful and quirky version of White’s life and work her very own, though White, I’m certain, would have been glad to behold his key role in the telling…

For a pdf version of “Death of a Pig” as it originally appeared in 1948, see here.

Book excerpt from Melissa Sweet’s biography mentioned in the text