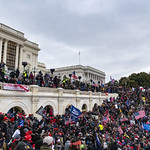 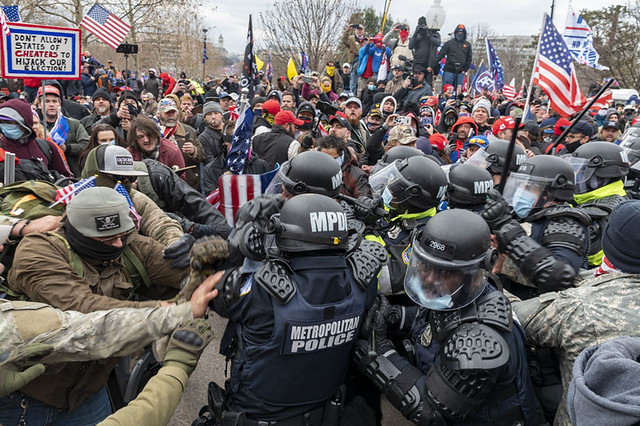 Ex-President Trump’s culpability for the insurrection he unleashed on the Capitol—the murder, the mayhem, the attempted illegal retention of power by violence after voters had soundly rejected his re-election—could not be more obvious.

Nor could his conviction be more necessary.

To ignore his direct, primary role in inspiring the siege is to willfully inhabit an alternate reality, a blatant, self-blindfolding denial of the facts as they are.

The evidence is everywhere, for all with eyes to see.

It saturates the 13-minute video the House managers unveiled on Tuesday—a kind of dark “highlight” reel connecting the months-long barrage of the finally deposed president’s tweets and rally exhortations, his tentative probings of generals who might support him, the pressuring and threats against his own party officials and vice-president, his defiant claims of righteous indignation that the election had been “stolen” and the result would not stand, could not stand, if only his supporters would stand strong for him. 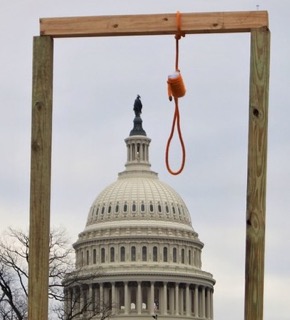 “Big protest in D.C. on January 6th,” he tweeted on December 19, giving his followers plentiful time to make travel plans. “Be there, will be wild!”

Wild it was 18 days later, his followers marauding through the Capitol building chanting, “Hang Mike Pence! Bring out Pence!” as they roamed the halls in search of him.

In the previously unseen video from Capitol security cameras shown in the trial yesterday, Pence and his family are being hustled out a side door, some 60 feet ahead of the rioters.

Meanwhile, other hall wanderers and office ransackers engage in sing-songy chants of “Nancy, oh Nancy! Nancy…Where are you Nancy, we’re looking for you!”

Majority Leader Nancy Pelosi had been escorted from the Capitol earlier because she among all Trump antagonists over the years had been a target of perhaps his most vitriolic rhetoric, and his followers had been listening closely for a long time.

The terror of all this as it was experienced by members from both houses of Congress, their staffs, and the outmanned Capitol police cannot be overstated.

Nor the devastating possibility, almost unbearable to imagine, of what actually could have happened if the mob had been able to get their hands on Pence and Pelosi, as they most decidedly were looking to do.

Nor can this be stated too many times: The entire event was invited, incited, inspired, encouraged and approved of over many months by the sitting president of the United States, who for the first time in our nation’s history refused to concede an exhaustively reviewed, free and fair election in accordance with our Constitution.

Please read that last sentence again, and don’t ever forget its essence. 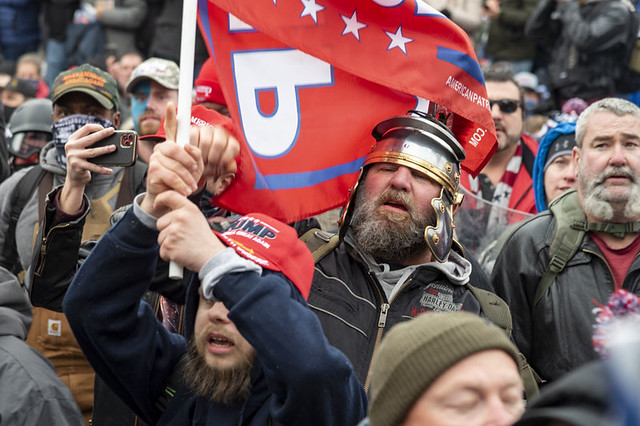 If the date of December 7, 1941 will “live in infamy” as a former president said of an attack on our shores by a foreign power, how much more “infamous” will January 6, 2021 be when the history of this era is written?

It was a day, after all, when our own duly elected president turned against his own people and legislators and his own vice-president, whipping an adoring crowd into a frenzy and then setting them upon the Capitol building to disrupt what has always been a routine final counting of electoral ballots from the recent presidential election.

And then, in a kind of coup de grace that left zero doubt about what his intentions had always been and his complete disregard for the fate of all who were in harm’s way from the mob he had unleashed, Trump watched the mayhem on television. He was reported as gleeful that the Capitol building was breached, despite the police he had always purported to venerate now fighting for their very lives. Then, some 10 minutes after his own vice-president had been evacuated under emergency conditions, he tweeted the following:

“Mike Pence didn’t have the courage to do what should have been done to protect our Country and our Constitution, giving States a chance to certify a corrected set of facts, not the fraudulent or inaccurate ones which they were asked to previously certify. USA demands the truth!”

All of this is supported in the factual public record, as exhaustively reviewed by the House impeachment managers over three days now as they seek to convince the Senate that Donald Trump deserves to be convicted of the “high crimes and misdemeanors” of inciting a mob  to nullify a duly certified election in order to remain in office.

In other words, a blatant coup, and installing himself as a de facto dictator. How else to characterize an attempt to violently overturn a democratic election?

The Republican senators’ response to this so far seems to have been, with a few notable exceptions, a mixture of a big yawn, anger (at Democrats), deflection, and irritation that they are being forced to contend with an issue they have already made up their minds about (despite the oath they took at the trial’s commencement to serve as “impartial jurors”).

And that is very possibly the most discouraging and darkly portentous aspect of this entire sordid event. 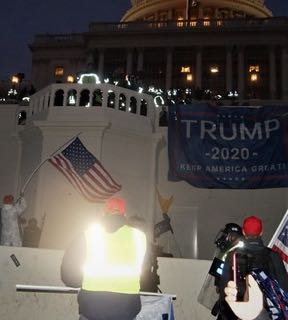 Truly, if these actions are deemed unworthy of conviction and prohibition against ever holding public office again, what exactly would one have to do to deserve it?

What more grievous assault could there be in a democracy than trying to forcibly overturn the will of voters and refuse the peaceful transfer of power?

“These are outgrowths of the same natural impulse that exists from time to time among anyone in this business. Everyone makes mistakes. Everyone’s entitled to a mulligan once in a while. And I would hope, I would expect that each of those individuals would take a mulligan on each of those statements because in each instance, they’re making it deeply personal. They’re ceasing to make it about policy. And instead they’re talking about getting up in people’s faces and making individuals feel perfectly uncomfortable. And that’s not helpful.”

So, if we should forgive Democrats for sometimes overheated rhetoric about making opponents “uncomfortable,” so, too, goes the implication, should we also give the president of the United States a “mulligan” (a golfing term for a “do-over” on an errant shot) for gathering a mob of ardent, armed followers and perhaps overheatedly suggesting the violent overturning of a United States presidential election.

An effort that he carried on for months, and which reached its apotheosis in a carefully staged rally suffused with inflammatory rhetoric and with the express purpose of disrupting the constitutionally mandated counting of electoral votes.

Nothing to see here, time to move on, just some impassioned words, it’s a free country, though yeah, things did seem to get out of hand. Happens sometimes…

Meanwhile, a tweet at second day’s end from South Carolina Senator Lindsey Graham: “I think most Republicans found the presentation by the House managers offensive and absurd.”

Offensive? Absurd? It is hard to know what to say to this, other than, perhaps, to note how offensive and absurd it is.

Texas Senator Ted Cruz laid all the blame on the rioters while offering this assessment of the House managers:

“They spent a great deal of time focusing on the horrific acts of violence that were played out by the criminals, but the language from the president doesn’t come close to meeting the legal standard for incitement.”

If you suspect that would pass neither the sniff test nor the basic common sense of a toad, you will enjoy plentiful company among those who actually followed the ex-president’s words and actions over these past months and even years.

So there we have it—what appears, on this Thursday night, to be a foregone conclusion of an exoneration on an insurrection fomented without reservation by a deposed president whose takeaway from all this, which will surely be noted not only by himself as 2024 nears but by all our foreign adversaries (and sadly, allies…), along with those who might follow in his nefarious footsteps in the future:

I refused to accept the certified results of an election and then urged and inspired an insurrection that overran the United States Capitol, ransacked the House chambers, caused multiple deaths, and nearly led to the murder of my vice president and untold numbers of other elected officials—and I suffered no consequences. And now I am welcome to come back and do it all again. Is this a great country, or what?

Two links here, the first powerful and important—the video the House managers put together showing the horror of the Capitol siege. The second, thoughtful, impassioned, and also important: the text of Lead Manager Jamie Raskin’s opening statement on Day 2, laying to waste defense arguments and setting the whole sorry mess in the context of the great violation it did to our country, its self-identity, and the rule of law. There was as yet no complete video of the latter at the time of this post’s writing.