On “Rocketman” and Artists, and Rocking One’s World 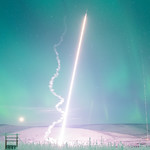 Prodigies rarely have it easy. No matter how much fame or wealth they may manage to accumulate on the basis of their outsized talent, they often wind up leading desperate lives, besieged by an inner desert of radical isolation from everything—loved ones included—that would offer them comfort and a reason to go on.

Despite multiple dark circumstances that had him pushing toward and then hovering on the edge of such self-destruction over many years, British rock star Elton John has managed to escape a place on that list, at least as of today, well into his 72nd year...