The crow never had a chance.

What were the odds of it being
this crow in particular and not
one of its hundreds of brethren
now squawking futilely on its
behalf as its hapless, now limp
carcass is being carried furious
and fast across the lawns of
Jacqueline Drive, hard in the
talons of this hawk who passes
within yards of my bicycle as the
victim’s fellow crows dive bomb
every determined flap of its wings?

Every crow spared but this one,
dead, snuffed, just like that, a
meal in the waiting if the hawk
can elude the battalion of angry
crows acting for all the world as
if they will not stand for this atrocity.

So startled am I by this raw hard
scene of everyday terror that I stop
my bike in awe and alarm as the crow
army screams and circles far above,
their fallen comrade then dropped as
suddenly as the hawk had pounced
and snagged it mere seconds ago.

And now it lies inert, heaped in the
middle of a neig...

Irreplaceable You: The Life-Changing Loss of Our Beloveds 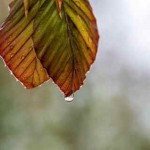 A year ago October, I wrote a post on “Life Changers: The Six Kinds of Experience That Blow Your Mind to Bits.” It included a proviso that the six I mentioned—travel, the arts, love, sex, mood-altering substances and children—were hardly an exhaustive list. Which became clearer almost immediately as I hit the “Publish” button, already regretting I had not made it seven items.

How could I discuss life-altering experiences that shake us to our core without mentioning death?

Don’t worry—I won’t compete here in either length or breadth with the entire libraries devoted to the topic from learned battalions of philosophers, theologians and poets.

I will instead focus on one point only, one that frankly, has been something of a revelation to me over the course of my life...