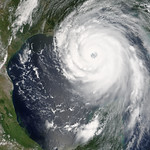 People die every day in horrid circumstances, but to behold it specifically, visually, individually, is to move beyond abstraction and thrust it into the particul...