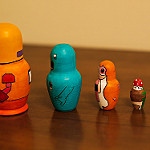 Or, as Paul McCartney’s mama told him in three short wo...

As a Worship Associate in my church, I occasionally assist in services, like a high-level version of an altar boy from my Catholic boyhood. That means I get to do some reading and talking instead of leaving it all to the priest. One function is a brief personal reflection tied to the presenter’s sermon theme. The subject on this occasion was suffering and mortality, for which I used this achingly lovely poem by Susan Deborah King as grist for my comments which follow in the next post. If you prefer to listen to the poem and reflection, click on the tab below the poem.

“As Death Approaches” by Susan Deborah King, from One-Breasted Woman

I’d have sworn I’d be

And I sure didn’t expect

I’ve never been in a limousine.

I’ve had better than fame.