Impeachment’s Next Step: Ignore Oaths and Rule of Law 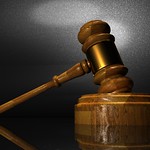 I will admit that I do not understand a key piece of the current impeachment battle that reached another milestone last night with the House of Representatives’ passage of two articles of impeachment against President Trump. I do understand the House’s action, which is to be followed by a trial in the Senate, as the Constitution requires. And that there is disagreement and high tension to be found in those matters, including squabbles between competing factions and viewpoints.

Messy business all around. Inevitably so.

But here’s what I do not understand: How can the putative jury foreman in that trial, Senate Majority Leader Mitch McConnell, along with at least one of his most ardent backers, Senator Lindsey Graham, take an oath at the beginning of that trial to serve as impartial jurors, but weeks before that even happens, they offer up the following statements: