The Quest for Freedom, From Ukraine to Ellis Island 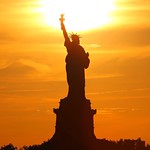 With friends and intimates, we continue to talk of many things as we go about our daily lives. But those lives don’t feel quite the same as they did just two weeks ago, because our world no longer feels the same.

Barely under the surface of most every interaction, every move hither and yon tending to errands, exercise, shopping excursions and, poetically a couple of mornings ago, our first view of a newborn gifted by posterity to young friends, there looms the specter, the worry, the hope, for some sliver of good news from the battle unto death the Ukrainian people are currently waging against the Putin invaders.

It is a battle, make no mistake, that they are waging on behalf of us all.

Perhaps it is our own vulnerability, among other factors, that seems to be weighing most on us as we tiptoe toward a spring that may be delayed severely for our Ukrainian brothers and sisters, or perhaps never experienced at all if the madman in Moscow continues to pursue his program of obliteration and conquest as nearly the entire world looks on in revulsion.

To one such as him, people are mere poker chips stacked in a large pile, over which he peers while calculating the potential effects of his next bluff.

Denied a quick crushing of an outgunned opposition and stung by near immediate and universal condemnation, Vladimir Putin has only escalated his criminal incursion, his carefully honed machismo and army’s ostensible power revealed as facades. Lamentably, this makes him all the more a menace as he seeks to save face not only with himself, but more importantly for his own dark concerns, with those who may seize the opportunity to oust him at the first hint of his true shrunken stature in the viper’s den of The Kremlin.

And if he senses nowhere to turn, his calculations could lead him to the furthest catastrophic reaches of total war, him against the world and its people in a final show of the disdain he has always felt for them.

Anyone who is not concerned with that possibility is simply not paying close enough attention to the situation we have been thrust into since February 24, when Russian tanks rolled over the country’s shared border with Ukraine. 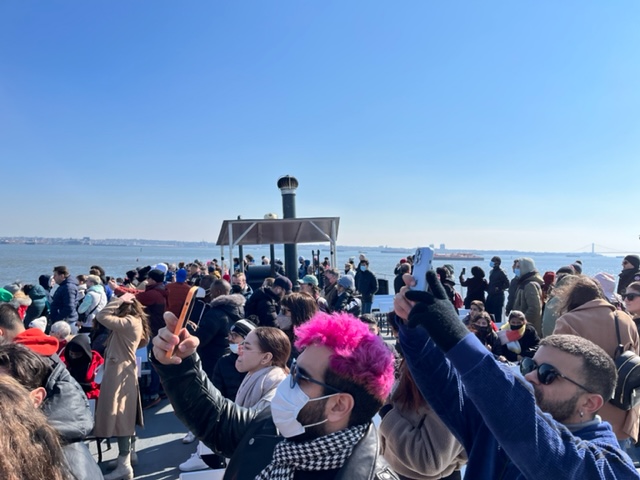 I took the above photograph a week ago Wednesday and have drifted back to it many times since. It seems to have served as a personal bulwark of sorts, bringing home to me in rich symbolic form just what is at stake as the suffering of the Ukrainian people at the hands and under the bombs of Putin’s military entered its third week.

The setting for the photo was the ferry going from Battery Park at the southern end of Manhattan Island out to the Statue of Liberty and then Ellis Island.

As we neared the statue, I looked behind me from my seat near the front of the boat to behold the startling and heart-gladdening sight of virtually all my fellow passengers, most of them substantially younger and of various ethnicities, colors and hues, crowding the deck cheek by jowl, their necks straining, eyes cast attentively upward, one or both hands lifting their phones high in the air to capture an image that is freely available on a thousand different Internet sites and in countless postcard racks one can still find in tourist shops all over Manhattan.

But this was their shot, with their camera, reflecting their active viewing and framing of an iconic, universally recognized symbol of human freedom, compassion and grace, and no one was going to get them to settle for a postcard.

The sense of beholding something hallowed and suffused with meaning was palpable on that deck, made all the more so for all of us, I suspect, by the ferocious battle for freedom that we knew the Ukrainians were waging that very moment and in all the moments since.

It was a sight and a feeling I will never forget.

After disembarking to walk around and inside Lady Liberty, we boarded another ferry for the short hop to Ellis Island, the federal immigration service center through which 12 million people from all over the world were admitted to the United States from 1892-1954.

It was my second visit to the island. The first had been exactly 70 years to the day earlier, March 2, 1952.

That’s when the Hidas family churned into New York Harbor, adding five members to the ledger of those 12 million souls seeking a glimpse of the statue (“Give me your tired, your poor/Your huddled masses yearning to breathe free…”) before disembarking for a series of nerve-wracking medical screenings and questionnaires to determine whether we were fit to become Americans. 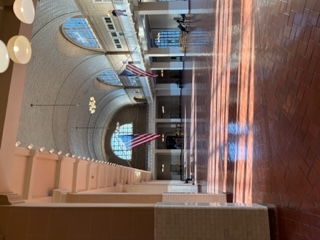 Seventy years later, I found myself in the large processing hall where every new arrival had been shuffled along from station to station for their paperwork review. We were there at day’s end, the late winter sun pouring in through the western windows, the hall nearly empty and hushed. I stood at one end for a long time, imagining my parents in the same spot, waiting, following the directives of immigration officials, three young children in tow, not a penny in their pockets or purse, my father not knowing any English, my mother possessing only what she had learned in high school.

They had come to a new land at 33 and 26 years old, headed for New Jersey, where a distant cousin of my father’s, whom he had never met, awaited us with his wife in a one-bedroom apartment for a stay of unknown duration, until my father could find a job. (He eventually did—two of them, actually, making for 16-hour days at minimum wage—enough to later snag us an exceedingly modest walk-up flat in the city of Woodbridge.)

I was an 8-month-old baby swaddled in my mother’s arms, my brother having just turned 4 and my sister barely shy of 7.

I have thought much over the years and even written in this space about that journey, my parents having fled their native Hungary as a previous Russian autocrat, Joseph Stalin, assumed control of Hungary in the waning days of World War II and soon consolidated his power to claim the country within his “sphere of influence.”

My parents spent those intervening seven years between war’s end and our arrival in America bouncing around as displaced persons in a ravaged but quickly rebuilding Germany (courtesy of the Marshall Plan), waiting for an immigration lottery number to the fabled USA to come up in their favor.

In 1956, four years after our arrival in the U.S., a subsequent Soviet dictator, Nikita Khrushchev, responded to a Hungarian uprising for freedom by sending tanks into Budapest, crushing the incipient revolution in a mere four days. (The Hungarians were not nearly as well-armed or supported by foreign powers as the Ukrainians are today.)

Some 2,700 Hungarians and 700 Russian troops died before it was over, with 200,000 Hungarians managing to flee before the Iron Curtain slammed shut again. My aunt—my dad’s older sister—and her family were not among them, so they were forced to live under Russian domination until the breakup of the Soviet Union in 1989.

And now one man is trying to reconstruct those dark days, raining bombs and rockets indiscriminately on often defenseless civilian targets in order to defenestrate a sovereign country, declare its identity null and void, and make it his own.

There seems to be a recurring motif here. 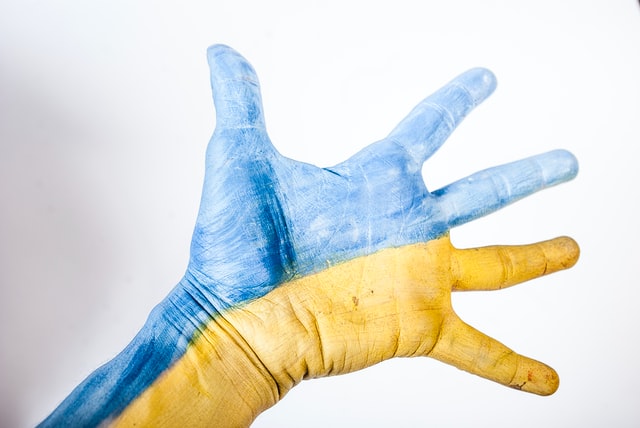 Almost as bad is what he is doing to his own country, trying to roll back the world historical timeline decades if not centuries, inviting the wreckage of its economy and its utter isolation from the civilized world.

And as a particularly cynical coup de grace, injecting it with ceaseless propaganda amidst tightly controlled media access. This living dystopian nightmare is sure to beget a nation of either would-be defectors or zombies unfit for the challenges of modern society—with one towering, menacing exception: possession of the world’s largest nuclear stockpile.

Given that in his incursions to date Putin has already gone far beyond civilized norms and painted himself into a dark and desperate corner, it would be folly to think he wouldn’t consider risking a much larger conflagration in order complete his subjugation of Ukraine. 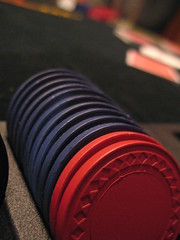 Certainly the death of millions of his own people would not trouble him in the least—this is but one advantage of an autocrat without conscience, compassion, or capacity for remorse. To one such as him, people are mere poker chips stacked in a large pile, over which he peers while calculating the potential effects of his next bluff.

Meanwhile, he has a large and no doubt unexpected problem on his hands: the utter ferocity and endurance of the Ukrainian people in defense of their homeland and the freedom they cherish more than their lives.

Their stout defense is real to its core, paid for with lives and livelihoods on the line, not manufactured like the junk grievances that so often punctuate political debate when there’s nothing of true substance to lose.

In these agonizing days, Ukrainians are showing the world what true patriotism and integrity are.

Still: as constrained and fraught as the political stakes are for the world order, the western alliance may not be able to offer enough assistance to help Ukraine stave off the invaders—at least for now. This is the tragedy of the large chessboard that is nuclear age geopolitics, and the tightropes rational actors must walk when confronted with opponents who may be willing to toss rationality to the winds.

What we do know, or at least have been powerfully reminded of in recent weeks, is that the world remains a dangerous place, as it always has been. Freedom is, indeed, never free, nor able to be claimed with mere slogans and sneering rhetoric.

Sadly, but hardly surprisingly judging from history, the world will always will be populated by enough bad actors to require eternal vigilance by the forces of good, and strong enough leaders to recognize evil when it appears, tirelessly call it out, and rally an honestly informed population that can band together to forcefully repel it in the service of the freedoms it holds dear.

Without that resolve, the risk is very real that humanity’s best days are behind it, with a future too dark and oppressive for words.

11 comments to The Quest for Freedom, From Ukraine to Ellis Island