With Cheney almost certainly gone next week, Romney marginalized, and every party officeholder who has not lined up fully behind Trump under siege,  the outcome of the January insurrection could not be more clear: He got away with it.

Mitch McConnell, Kevin McCarthy, Lindsey Graham, Nikki Haley—they were among others who spoke out strongly in the immediate aftermath against the blatant coup attempt, the storming of the Capitol by a murderous mob, the Trump-inspired “Hang Mike Pence” chants that resounded through the Capitol halls via live TV on that instantly infamous day.

Within days, however, all of them backed down and expressed their unqualified support for him and his future as head of the party. (Though McConnell did his best to play both sides of the issue.) This after consulting polls that indicated most Republican voters would indeed think none the less of their hero if he shot someone on New York’s Fifth Avenue —or tried to violently overthrow a duly contested election. 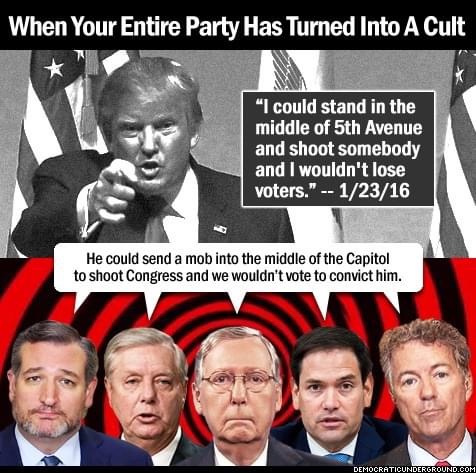 If this fracturing were only about Republican electoral prospects, Democrats could enjoy the mayhem and pluck off enough sensible Independents and disgruntled Republicans to ensure success for years to come.

But this is no ordinary political reassessment we are undergoing today, no mere trimming of sails as the losing party takes stock and renews itself in a way that can attract more voters to a forward-looking agenda. Instead, it is a continuation, the even stronger embrace, of the full-frontal, overt nihilism that characterized Donald Trump’s 2016 campaign, the four years of his presidency, and all the days since.

And the consequences could not be more portentous and fearsome for our entire country.

With one of our two major political parties descending into chaos, dominated now by radicalized elements in the thrall of a strongman and the personality cult that has grown around him, no one will be safe, including all Democrats and all of the small “d” democratic norms and constitutional order that have served as a bulwark against enemies foreign and domestic since this country’s founding.

On July 30 last year, barely three months before the election, a post in this space projected ahead to what we might face in its aftermath if Trump lost. I sketched the conditions of a full-scale insurrection in the election’s immediate aftermath, pointing out that he had been telling us, almost blatantly since even before the 2016 election, that he would never accept the will of the voters if he lost, laying claim instead to protests of election fraud.

That was the contingent playbook then, rendered unnecessary by his improbable victory over Hillary Clinton despite losing the popular vote. He just dusted off the same strategy for 2020, and in that July post I added:

“It is simply not reasonable to survey Trump’s life, from his ruthless business career to the devastation he has wrought on the norms of civilized, presidential behavior and discourse, and think he would hesitate to do anything, absolutely anything, to preserve his hold on power, no matter who was harmed and how much the nation was damaged….The only restraint being: Can he get away with it?…Now with the power of incumbency, his frequent presumptive talk about ‘my generals’ as if they were employees or members of his cabinet, and his continuous warnings he will not accept defeat at the polls, dark possibilities loom for true ‘carnage,’ the likes of which we have not seen in this country since 1865….No, I probably wouldn’t bet a great deal of money that that there will be full-scale insurrection and blood in the streets if Trump loses. But I wouldn’t put up one cent betting he won’t contest the result.”

I was, if anything, not sufficiently dark in my projection that there might be violence. And then there was. But here is the rub: These few months later, with the avuncular Joe Biden striking a soothing, empathic tone meant to ensure the country that the Days of Mayhem are past, almost the entire Republican Party has doubled down and pledged its fidelity to Trump, with but a few notable exceptions.

The most notable of them recently: Wyoming Congresswoman Liz Cheney and Utah Senator Mitt Romney.

The former is on the brink of losing her House leadership position because she continues to state boldly that the election was legitimate and Trump should be held accountable for his actions leading to the insurrection.

The latter has been saying basically the same thing.

He was the only Republican senator to vote for conviction on Trump’s first impeachment, and one of only seven to do the same after the post-insurrection impeachment vote.

In payment for his unflagging devotion to country rather than cult, Romney endured an ugly attempted censure vote by his own state party convention last week in which he narrowly prevailed. But when he attempted to begin an address from the dais, he was subjected to raucous and sustained boos from a good part of the room, amidst chants of “Traitor, traitor!”

Did I mention he was the Republican Party presidential candidate in 2012?

With Cheney almost certainly gone next week, Romney marginalized, and every party officeholder who has not lined up fully behind Trump under siege and sure to face well-financed primary challenges and unbridled savagery from Trump himself next year, the outcome of the January insurrection could not be more clear: He got away with it.

Just a welcome back to his lead role as kingmaker and beating heart of a party that now stands for virtually nothing but fidelity to him. 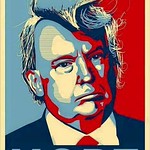 Obviously, barring a terrible illness or death before then, the 2024 nomination is Trump’s for the taking if he wants it. And here is the thing: Whether he wins or loses the general election might make very little difference for our democracy. If he were to win, he and his minions will wreak even more vengeful and evil havoc than we have ever seen before, no doubt including a call to overturn the Constitution’s two-term limit.

And if he were to lose? I think the January 6 insurrection would have been but a warmup for what might well occur on election night, 2024.

Trump’s shock troops, stewing in rancor and disappointment over four years, still armed to the teeth, emboldened by his stout survival and the complete capitulation by his party after the 2020 insurrection should have earned him permanent exile, might very well stop at nothing next time.

And having loudly claimed for years that only fraud was able to steal the presidency from him in 2020, is there any reason to think he would ultimately accept the result in 2024?

In the end, I fear the country would be rent asunder whether Trump wins or loses in 2024. With easily more than 40% of voters convinced by a maniacal liar that free and fair elections are not a feature of our modern democracy, there is no reason for them to pretend it is a democracy at all.

And if it’s not a democracy, then only the strongest can win the contest for power.

And who is the strongest?

The best-armed and most determined.

It is the scenario of nightmares, but knowing what we have witnessed and heard from Trump, the obeisance of Republican Party officials and media, and the undying devotion of his base voters, it is hard to discount the possibility that unless he is stopped in his tracks and we avoid him being a candidate or even having a role in anointing one in 2024, we are in great danger of unraveling as the world’s predominant and necessary democratic superpower.

There is that much at stake as we remain thankful for the relative calm that prevails through these early days of an administration still devoted to the democratic idea.

But is this calm merely temporary, a welcome but ultimately delusional pause, as a far more destructive storm than we saw these past years gathers strength and bears down on us with renewed and vengeful fury?