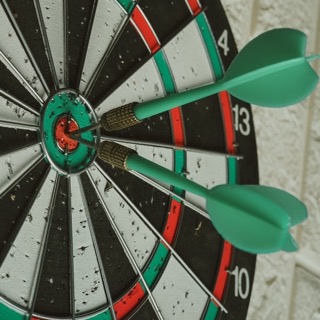 I’ve never quite cottoned to people who can’t bring themselves to insert a joke, a hint of irreverence, a witty aside or a slightly jaundiced observation into their writing or conversation. Oh, I can respect and work alongside and even benefit in one way or other from knowing them. They’re not bad people.

But a severe humor deficit, a flattened, sparkless demeanor, as if a person has just emerged back up to ground level after a double shift in the coal mine and now has to walk three miles home in a steady drizzle, has always struck me as lacking too much of the animating life force that completes us as human beings and, in a powerful sense, helps at least somewhat to make the all-too-common tragedy and anguish of life bearable.

And as P.J. O’Rourke, the conservative gadfly, satirist, former “National Lampoon” editor, “”Wait Wait… Don’t Tell Me” radio show panelist and all-around droll wit pointed out rather tirelessly but never tiresomely before he died on Monday at age 74, liberals, for all their supposedly expansive and allowing ways, often come off as finger-wagging schoolmarm types, overflowing with conspicuous do-goodism, full of plans to fix the world, and earnest to a T.

“Earnestness is just stupidity sent to college,” is how he framed it in his 1989 volume, “Holidays in Hell.”

He made a specialty of skewering liberals, most always in a funny-but-slightly-painful way, the pain coming from the hint or two or three that any liberal with a modicum of self-reflection had to admit hit at least a tad  close to the mark.

O’Rourke—no relation to earnest Beto; the mere possibility is a knee-slapper of its own—always had a way with a title: “Parliament of Whores,” “Give War a Chance,” “CEO of the Sofa,” “Peace Kills: America’s Fun New Imperialism.” And, after the 2016 election, “How the Hell Did This Happen?” (Like many true-blue Republicans who hadn’t completely lost their minds, courage or moral bearings, he voted for Hillary; more on that below.)

Then there was this nugget atop a magazine article in his “National Lampoon” days that you just know he wrote the headline for without the usual help from a copy editor: “How to Drive Fast on Drugs While Getting Your Wing-Wang Squeezed and Not Spill Your Drink.”

Pointed and ribald and clever, with a smirky grin on his face, no doubt about it.

O’Rourke saw liberals as crestfallen that conservatives don’t think as they do about how bad things are and how much compassion conservatives lack in not trying to fix those bad things. And if only we ramped up the pieties and passed the taxpayer plate around the polity to launch a few more government programs to eliminate poverty, make excuses for bad behavior, and require “Another Home for Peace” placard in every front window of America, all would be right with our world, forevermore. 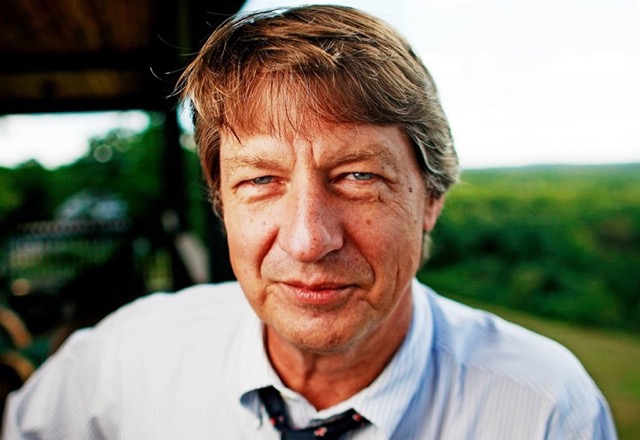 Make no mistake, O’Rourke feasted on blow-hardism all across the political spectrum. A conservative in the best sense of that term—cleaving to tradition and individual sovereignty, skeptical of government but also of revolutionaries, rapid change, and notions of human perfectibility—he cast his mirthful but wary eyes on politicians of every stripe, whose morality, motivations and reasoning he saw as rarely enhanced by the trappings of power and everything required to maintain it.

Asked in 2010 by the “New York Times” to define “Republican” and “Democrat,” he responded:

Take that, Chuck and Mitch!

He made a specialty, though, of skewering liberals, most always in a funny-but-slightly-painful way, the pain coming from the hint or two or three that any liberal with a modicum of self-reflection had to admit hit at least a tad close to the mark.

“The principal feature of American liberalism is sanctimoniousness. By loudly denouncing all bad things—war and hunger and date rape—liberals testify to their own terrific goodness. More important, they promote themselves to membership in a self-selecting elite of those who care deeply about such things….It’s a kind of natural aristocracy, and the wonderful thing about this aristocracy is that you don’t have to be brave, smart, strong or even lucky to join it, you just have to be liberal.”

And it wasn’t just liberals in the aggregate who drew the point of his sword, either. Here he is on Al Gore:

“’Malthus,’ says Vice President Al Gore in ‘Earth in the Balance,’ ‘was right in predicting that the population would grow geometrically.’ Al, as the father of four children, should know.” 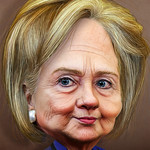 And his endorsement of Hillary Clinton?

His statement on ““Wait Wait… Don’t Tell Me”:

“I have a little announcement to make. I mean, my whole purpose in life basically is to offend everyone who listens to NPR. No matter what position they take on anything, like, I’m on the other side of it….I’m voting for Hillary. I AM ENDORSING Hillary, and all her lies and all her empty promises. It’s the second-worst thing that can happen to this country, but she’s way behind in second place. She’s wrong about absolutely everything, but she’s wrong within normal parameters.”

Yes, the rather less than full-throated “endorsement” was really about the frightful prospect of her opponent occupying the Oval Office:

“I mean, this man just can’t be president. They’ve got this button, you know, in the briefcase. He’s going to find it.”

So, who is left to skewer liberals in a way that actually leaves them laughing rather than fantasizing about some diabolical, Dr. No-style ejection chair that can catapult a Jim Jordan off the face of the earth with the simple push of a button? It’s a problem, given critic Dwight Garner’s observation in an affectionate “New York Times” essay noting O’Rourke’s passing:

“He was that rare conservative who appeared to be having a better time, and doing better drugs, than everyone else. He was well-read; he was, it often seemed, the only funny Republican alive.” 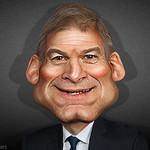 That last point is acute and painfully true: if liberals suffer from an excess of sanctimony, then conservatives’ dark and brooding shadow lies in just how dull and humor-challenged they can be.

(Side note to my conservative friends and family: Not you!!)

Exhibits A & B: The aforementioned McConnell and Jordan (the latter placed strategically on the left here, hahaha…)

And then there’s Joe Rogan.

Scratch that; there is actually no there there in Joe Rogan. (Apologies to Oakland and Gertrude Stein…)

We should not leave here without reflecting on one last little bit of business regarding P.J. O’Rourke.

It is often said that much can be gleaned about people from the company they keep, and in what one hears when that company is asked about them.

Incisive and even caustic as O’Rourke could be regarding the fatuousness that is a seemingly inevitable feature of political debate and its debaters, it is good to pay attention when “Wait Wait… Don’t Tell Me” host Peter Sagal, an over-educated East Coast liberal’s liberal of just the persuasion that O’Rourke built his career feasting upon, said this about his passing in a series of tweets:

“A few words about PJ. It is very rare in life to be a fan of someone and then become their friend, but it happened to me with PJ, and I discovered something remarkable: Most well known people try to be nicer in public than they are in private life. PJ was the only man I knew to be the opposite. He was a deeply kind and generous man who pretended to be a curmudgeon for public consumption. He told the best stories. He had the most remarkable friends. And he devoted himself to them and his family in a way that would have totally ruined his shtick had anyone ever found out. Like some other people…it took him two tries to get marriage right, so he leaves behind a wife, Tina, and three children who are far too young to lose their husband and father. His work was wonderful. His heart was even better. I will miss him terribly.”

I have no personal knowledge to support my suspicion that P.J. O’Rourke was a fan of this fellow…

O’Rourke photo from the public domain