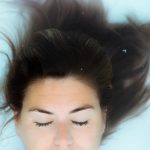 You don’t have to be a Jungian psychologist to know that dreams can be the most confounding things. Your long-dead mother is brewing coffee and turns to you with a beatific smile as a torrent of word salad comes out of her mouth, whereupon a parrot flies right through a closed window and hops onto her shoulder to translate it as a long poem by Sophocles, the meaning of which you grasp instantly even though you hate poetry, have never read Sophocles in your life and wouldn’t know him from Maya Angelou.

Then the parrot dons an apron and asks—in Greek, which you suddenly, magically understand— whether you prefer your eggs scrambled or poached.

In a previous post about the impersonality of dreams propounded by the late archetypal psychologist James Hillman, we discussed his admonition not to take dreams too personally. We shouldn’t think they are all about us and our waking lives, Hillman says. Rather, we should view dreams as an always somewhat mysterious, transpersonal play of the gods, reflecting through the human psyche universal archetypes such as love, hate, conflict, loss, desire, destruction, rebuilding and more.

I turn my head just in time to see an entire, good-sized house hurtling across the horizon, intact but unmoored, probably a thousand feet up in the air.

That said, here we are in the era of Covid-19, and many of us out here in Shut-in-Land, bereft of our usual distractions of going about jobs and our familiar pleasures of sociability, seem to be dreaming in a more heightened state of imagery and—crucially—recall. And we are reporting that while dreams are always, of course, weird, we’re wondering whether the virus is engaged not only in obstructing and, in many cases, ruining lives, but is also invading our dream lives with more urgent and fantastic imagery than is usually the case.

Or are we just more cognizant of and buddy-buddy with our dreams now, given that we’re separated from most all our real-world buddies in this unprecedented, harrowing time? 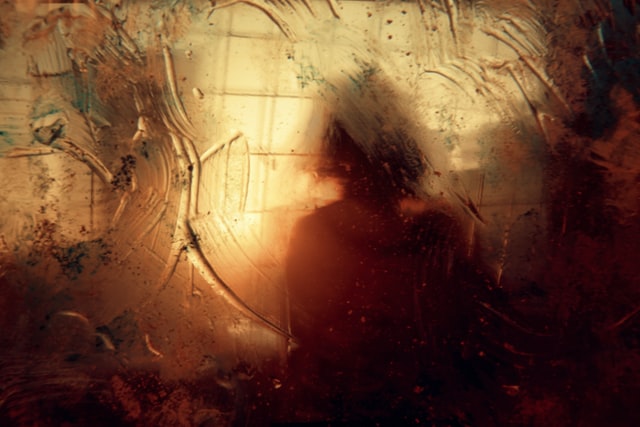 In a New York Times piece this morning entitled “Why Am I Having Weird Dreams Lately?”, the author interviews a dream psychologist from Harvard who confirms what appears to be an uptick in strange dreams (or at least the reporting of them), which she attributes to the heightened psychological tensions of this time.

And it just so happens that my last dream before awakening this morning contained a searing image or two that came back in vivid detail as soon as I began reading the article, and which strikes me, contrary to Mr. Hillman’s assertions, as having plenty to do with the waking life I inhabit today as a voracious consumer of all things Covid.

But only symbolically, requiring some interpretation.

Here it is, stripped down to only what I remember from a longer dream sequence:

I am standing on the edge of a long canal that empties out to the ocean maybe a half-mile or so ahead. A young black boy, perhaps 5 years old, is on a short kickboard of the kind swimmers use when their upper bodies need a break and they want to work on their legs. No one else is around. The boy seems dizzy with delight and wants me to watch him. I oblige, and encourage him by lauding his progress as he begins kicking his way out from the canal toward the sea.

Then my gaze lifts out farther toward that sea, and I behold, in horror, that it is a churning mass of near-tsunami proportions, a roiling tempest sure to swallow everything caught in its maw. I’m immediately concerned for the boy, but frozen, feeling torn between my own delight in the aspirations, accomplishment and freedom he is feeling, and my fear the ocean will all too soon push its way into the calm of this canal—or the boy will keep paddling out and eventually meet it.

Suddenly, something beckons in my left visual field and I turn my head just in time to see an entire, good-sized house hurtling across the horizon, intact but unmoored, probably a thousand feet up in the air. The feeling is once again of horror at the raw power I am witnessing as I think again of the boy…and I wake up… 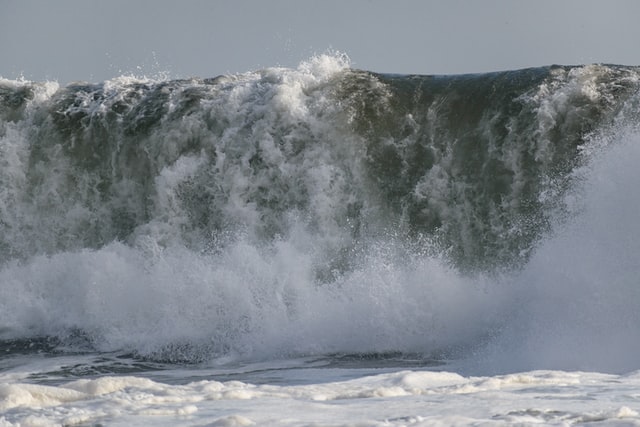 I don’t think I have to pay anyone $150 an hour to bake this dream and make some hash out of it. We have a symbol of near ultimate vulnerability—a kindergarten-age black boy with not a guardian in sight—potentially squaring off against a powerful raging ocean (with huge whitecaps!) that can thoughtlessly make him into food for fishes in mere seconds.

But he is also reveling in his freedom—to paddle, explore, head for the horizon, achieve—in this currently benign oasis of calm. And though he seems out there by himself, he is overtly glad to see me, to bring me into his orbit as a witness and thus co-participant in this voyage, now become a shared human enterprise.

Meanwhile, a whole house has been ripped from its foundations and sent flying through the air, the very foundation of civilization and human security exposed as mere toy and chimera by the overwhelming, brute force of unfeeling nature.

A nature that also includes an invisible, infinitesimal virus that stops the world in its tracks, strikes fear and uncertainty into the hearts of women and men, forces us into a defensive withdrawal from all too much of what we consider and treasure as human.

In the gestalt therapy I trained in many years ago through an aborted early career, dreamwork involves a relatively straightforward technique of the dreamer role-playing each one of the characters and even objects in the dream, the theory being that dreams function mostly as massive projections of our own conflicts, terrors, hopes, loves, obsessions.

So in this instance, I would give voice to the young black boy, to my own self observing him, to the menacing ocean out there, the house flying through the air, and even the winds ripping the house from its moorings, all of it various parts of my own psyche that created this dream.

Yes, I am a sole human, responsible for my own reality, but I am also indelibly wed to all of humanity, to which nothing is foreign, if we are willing to own the totality of human experience in all its glory and terror.

And though we are indeed at times a raging ocean, other times a house blown willy-nilly by the wind, in this moment of planetary pause, all of us brought low by an all-powerful (until the vaccine!) virus, we are perhaps nothing so much as a little black boy, living in hope, ignorant of what fate may ultimately have in store for us, but reliant nevertheless on a caring other who recognizes that concern, attention and empathy are required on this and every day, panic and separation decidedly not.

It’s still a ways out to that ocean of destructive force, after all. Meanwhile, the canal features gentle (if constrained) waters, a currently safe harbor where we can work on our paddling and consort with and be encouraged by our fellow humans in kind-hearted solidarity.

And even that house flying free through the air is notable for how fully intact it appears to be. When I assume the role of that house, I’m inclined toward a soft landing in a nice welcoming field, there to welcome loved ones and visitors anew in a grand celebration.

A different kind of dream by Coldplay…