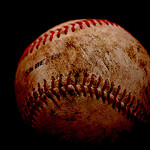 Later in Underworld, a small group attends a ...

Humanity Enraptured and Exposed: The Novels and Essays of Marilynne Robinson 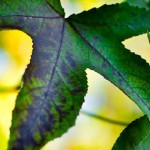 A note to readers: This essay is both longer and more formal than pretty much everything that will follow it on this blog. (I promise.) But I spent a good part of the past year poring over Marilynne Robinson’s work as part of a reading group with two minister friends of mine, and I told myself I’d surely be damned if I didn’t express the product of those labors somewhere. (My friends agreed.) So here it is.

With seven books in 31 years, Marilynne Robinson is far from our most prolific writer—but she is certainly one of our most serious. Popularly under-appreciated but critically acclaimed, Robinson projects unflagging seriousness both in her personal manner and in the moral and intellectual content of her three novels and four non-fiction collections.

Not for her the thrill of death-defying action or rat-a-tat plot lines to keep beach and airport readers turning the page...

As a Worship Associate in my church, I occasionally assist in services, like a high-level version of an altar boy from my Catholic boyhood. That means I get to do some reading and talking instead of leaving it all to the priest. One function is a brief personal reflection tied to the presenter’s sermon theme. The subject on this occasion was suffering and mortality, for which I used this achingly lovely poem by Susan Deborah King as grist for my comments which follow in the next post. If you prefer to listen to the poem and reflection, click on the tab below the poem.

“As Death Approaches” by Susan Deborah King, from One-Breasted Woman

I’d have sworn I’d be

And I sure didn’t expect

I’ve never been in a limousine.

I’ve had better than fame. 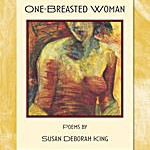 I think you’ll be delighted to know that Susan Deborah King, the author of the poem we discussed in this space last week, “As Death Approaches” in the volume titled One-Breasted Woman (chronicling her near lethal battle with breast cancer), is alive and writing today, five years after publication. She even has a website currently “under construction,” and if that’s not a statement of faith in the future, I don’t know what is!

I love the almost delirious gratitude of this poem, the surveying of her life’s riches even as death hovers behind her lost breast, her bald head, her nausea from the chemo. Her laughter and gratitude serve as flares to brighten the darkness that can seem so enveloping “As Death Approaches.”

It’s been my not-all-that rare privilege to attend many deaths over the years; I suppose it’s one of the ambiguous benefits of having been gifted to live as long as I have...