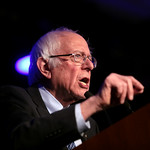 There was a revealing (and for Democrats, deeply foreboding) moment in Wednesday night’s Democratic presidential primary debate, quite apart from the shockingly bad, woefully unprepared, nearly moribund debut of Michael Bloomberg. It came when moderator Chuck Todd raised a question about a past Bernie Sanders statement from the fall, when he introduced a tax plan that his own economists said would reduce the fortunes of most billionaires by some two-thirds.

As reported in the New York Times, Amazon Founder Jeff Bezos’s fortune would shrink from $160 billion to $43 billion under Sanders’s plan. (Elizabeth Warren’s plan would allow Bezos to retain about double that: $87 billion.)

Asked at the time whether he thought billionaires should exist in the United States, Sanders said, “I hope the day comes when they don’t.”

Todd followed up on that Wednesday night in this exchange in which Sanders g... 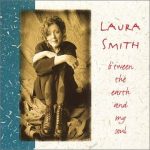 What Eliot suggests at a much deeper level is that no artist creates in isolation, without standing on the shoulders of all who have struggled in the same way t... 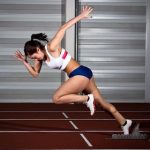 The picture is one of a relaxed lope on a pleasant afternoon, which for sprinters, is a superhuman feat, when one really thinks about it.  Sprinters’ sculpted, muscle-bound bodies are finely wrought, explosive racing machines... 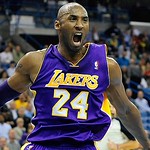