Justice Scalia and the Anger That Ails Us 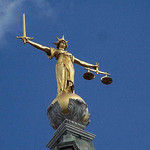 Supreme Court Justice Antonin Scalia’s blistering dissent in yesterday’s decision legalizing gay marriage across all 50 states would have been extraordinary were it not for how characteristic and “ordinary” it has been of him through his 29-year tenure on the bench. Over a long litany of opinions, Scalia seems to be repeatedly furious and affronted that his colleagues on the court may think differently and come to different conclusions than him about the great matters before them.

Although Scalia’s response, a few highlights of which I will note below, is no doubt rooted in particular aspects of his personality, what is perhaps more troubling is how his anger and disdain for those who dare to disagree with him seems reflective of our broader political and social culture.

Is it just me, or do we seem to live in extraordinarily angry and disdainful times?

Granted, democracy is and always has been mes...

We will not be talking about drought in this post. (That word will not appear again.)

Enough of aridity and deprivation for the moment, yes? Plenty of time—it’s not even July yet!—to wring our hands and plan the choreography of our rain dances for the fall. Instead, we’re going to be all about the best of summer. And the best of summer, and every other season, actually, has to involve music.

So let’s move right into this Third Annual Songs of Summer offering, shall we? Though before you scan the trio of songs below and ask, “Whoa, how could you leave out thus & such???…” I invite you to revisit the first two volumes of this annual series here and here. And if you still don’t see a fave song or a better rendition of one already mentioned, drop it into the Comments section below and I may just get to it next year, the gods willing and the planet still spinning.

That’s what happened with our first selecti...

“Laws can’t change this. Only the goodwill and the love of the American people can let those folks know that that act was unacceptable, disgraceful, and that we need to do more to show that we love each other.”

From Rand Paul:
“There’s a sickness in our country, but it’s not going to be solved by our government.”

Carly Fiorina:
“We ought not to start immediately rushing to policy prescriptions or engaging in the blame game.”

No, oppressive laws or “policy prescriptions” from an overreaching “socialist” government can never change anything.

Of course, there was that tiny matter of the Emancipation Proclamation in 1863.

And the Supreme Court, those “big government” meddlers, deciding in Brown vs. Board of Education (1954) to ban segregation in public schools. 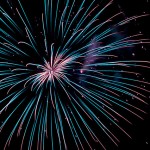 Granted, we have heard these messages of hope and idealism a time or two before. But I would ask these columnists what general theme they would propose commencement speakers embrace instead. Maybe something along the lines of:

“Lower your expectations! Dampen your hopes, scuttle your dreams, it’s just a bunch of hooey, you won’t even be able to change yourself, much less the world, give it up before you even start! Just say ‘No!’ to life!”

I suspect that message wouldn’t cause graduates to launch their mortarboards joyfully into the air or parents with moist eyes to look with gladdened hearts upon their ... 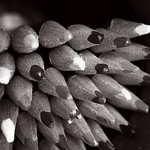