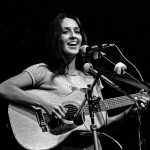 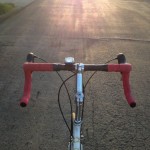 Sex: so fundamental to life and love, so... 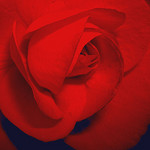 My Unitarian Universalist bloggers group invited us to write about sex in observance of Valentine’s Day. Recently separated and still tumbling along through that black hole, it didn’t strike me personally as a capital idea. Too much potential for sounding desperate, dark and demented, the kind of thing I’d come across a few years hence and cry out, “My God, what could I have been thinking?”

But then I climbed on my bike.

That’s not a metaphor for some random carnal encounter—it really was my wholly inanimate bike I was climbing on, made of cold aluminum alloys and the like. But it was Friday mid-afternoon, and I had ditched work early as the temp hit close to 80 degrees on Valentine’s Eve, the sky a lovely cobalt blue, the leaves through the shady park paths still musty from last week’s rains. Ah, this world…

I don’t believe in God, but I believe in this bike, this body, this breath. 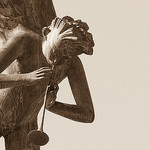