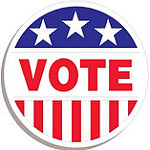 Or would it have been only a matter of time, in this riven age, before these two decent men were reduced and dragged through the same foul vitriol that h...