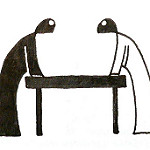 The troubling reality is that North Korea, an impoverished third world nation in every other way...