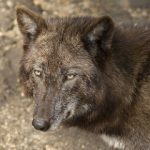 “O dark dark dark. They all go into the dark,” wrote T.S. Eliot in a poem that was not about Halloween but maybe should have been. (It might have helped lighten Eliot’s mood.) Eliot was writing more about the encounter with non-being, rather than the relatively jocular invitation to explore the dark side of human nature via America’s second most commercially prosperous holiday (trailing only Christmas in economic activity.)

Sure, Halloween is rampantly commercialized and mostly a bonanza for the candy companies and costume stores. But it also reflects a rich tradition of human beings who are not only aware of the shadow side of life, but welcome it. Even though it takes the mostly light-hearted form of costume parties, house decorations and candy for the kids.

Halloween is a chance for our alteregos to get a little attention. To take a walk on the wild side.

Spending a lot of time on the East Co...