Is Health Care a Human Right? Or Is That the Wrong Question? 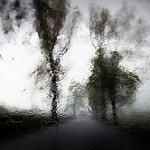 The intense debate about the Affordable Care Act and the “repeal-and-replace” effort currently underway in Congress by the Republican Party majority harbors an elemental question at its foundation: Is health care a human right?

Generally speaking, I think it safe to say Democrats would answer yes to that question, Republicans no. It’s a stark dividing line across which scores of different philosophical arguments and assumptions have been proffered by equally passionate advocates on either side.

But I think it is fundamentally the wrong question, and I will try to wrestle down the reasons why in the rest of this post.

Neither the Declaration of Independence nor the United States Constitution say anything specifically about a “right” to health care...