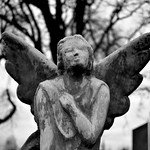 “Our townsfolk were not more to blame than others; they forgot to be modest, that was all, and thought that everything was still possible for them; which presupposed that pestilences were impossible…They fancied themselves free, and no one will ever be free so long as there are pestilences.”

Albert Camus’s 1947 novel, “The Plague,” has often been described by critics as an allegory for the Nazi occupation of France during World War II. One can certainly read and profit from it as such, or even make it more timely today as the drama of an inept and ill-intentioned presidential administration sowing the plague of chaos and discord upon the land.

But make no mistake, “The Plague” is also very much about the real bubonic plague that has reared its head in human history over thousands of years.

The plague’s frightfulness is largely due to the approximately 50 million people it reportedly killed...