Is It At All Helpful to Call Governor Rick Perry An Idiot? 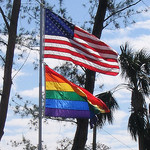 Apologies for the long strange headline above, but it descended on me in the midst of a run, charging up a hill, fuming, while wondering what to do about the Rick Perrys of the world.

Outgoing Texas Governor Perry, as you probably have heard by now amidst all the other mayhem and head-shaking absurdities of the daily headlines, responded to a question after an address at the Commonwealth Club in San Francisco earlier this week about whether he thought homosexuality is a “disorder” with this nugget:

“Whether or not you feel compelled to follow a particular lifestyle or not, you have the ability to decide not to do that. I may have the genetic coding that I’m inclined to be an alcoholic, but I have the desire not to do that, and I look at the homosexual issue the same way.”

So there you have it: a remarkable response in all ways—for its ignorance, its small-mindedness, its complete refutation of actual k...