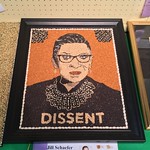 That’s because I had zero doubt that Senate Majority Leader Mitch McConnell would wa...