the body in Christianity tagged posts 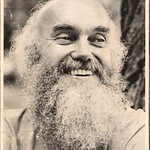