One More Mile on “The Road to Character”

My longtime friend Jay Helman had some additional reflections regarding my most recent post on David Brooks’s The Road to Character that I found worthy of note. So I’m turning the first part of this post over to him before winding up with a few thoughts in response. More of a continuing conversational mode that blogs ideally engender, rather than a straight monologue. So pour a cup of coffee and enjoy!

JAY: I have continued to chew on this post which has led me to the realm of sport and, to a lesser extent, film.

Sport began with me thinking about a widely acknowledged great man with whom I had the honor of working briefly in my life. As an 18- and 19-year-old athlete I had the extraordinary opportunity to be part of Coach John Wooden’s UCLA basketball program...

A Commentary on “The Road to Character” by David Brooks 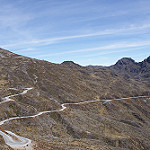 “I have a natural disposition toward shallowness.” That’s a curious line from someone engaged on an exhaustive quest to plumb the depths of human character in a best-selling book, but it sets a tone for the main themes circulating in New York Times columnist and PBS commentator David Brooks’s most recent work, The Road to Character.

Brooks’s self-effacement (“I’m paid to be a narcissistic blowhard, to volley my opinions, to appear more confident about them than I really am…”) mirrors much of what follows as he takes us on brief biographical tours of various figures he considers moral exemplars through history. His goal is to seek guideposts and commonalities among people of great character, in the hope that he and his readers can be informed, uplifted and inspired to cultivate and improve their own.