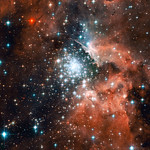 Hardly any of us want to leave this earth before reaching a ripe old age with plentiful living and loving in our memory storehouse and some inclination toward finally letting these noble but frayed vessels of ours go. Premature death always cuts us to the quick, exposing not only our own vulnerability, but also our sense of sadness and outrage when it takes someone we love and will miss.

The recent BBC Films release, “Supernova,” out a few weeks in theaters and as of yesterday on Amazon Prime, explores this theme in particularly poignant fashion, riding the superb acting coattails of Stanley Tucci and Colin Firth as Tusker and Sam, a longtime couple in their ‘60s coming to grips with Tusker’s early onset dementia.

He simply will not allow Sam’s life to be dominated by caring for someone who will not even recognize him in the near future, the richness of their past buried forever within the occluded folds and pathways of what used to be Tusker’s magnificent brain.

As they venture out across the English countryside on what is implicitly understood to be a final road trip in a nicely worn van while Tusker is still in possession of his faculties, he harbors a secret that Sam soon comes to discover: Tusker wants no part of the burden he will soon be to his partner.

“I want to be remembered for who I was—and not for who I am about to become,” Tusker says, stoutly defending his decision to soon take his own life when it was still unbeknownst to Sam, and thus sparing any legal culpability Sam might have in not intervening.

As it happens, Sam objects, strenuously, in gut-wrenching, soul-baring dialogue that has each character plumbing the depths of his own fears, uncertainties, and ultimate convictions about life and death, love and duty, and the sometimes permeable and surprising textures of selfishness.

These grapplings do not flow from any abstract philosophical discussion, but from the urgency of the much-beloved, flesh-and-blood reality of the person in front of them, and the loss each will face when one of them is no more. 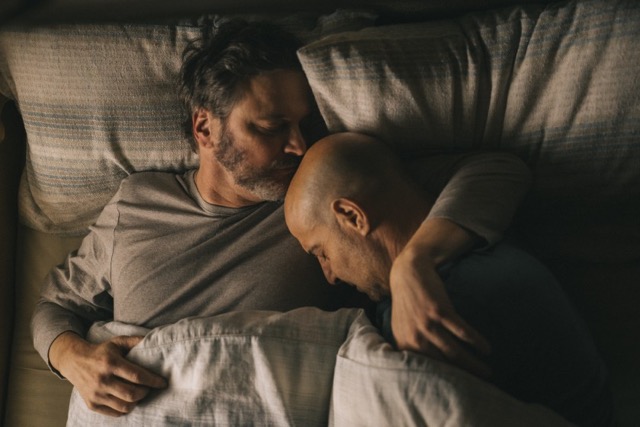 “Supernova” writer and director Harry Macqueen is barely 36 years old and would seem entirely too young to be handling such weighty matters with the grace and aplomb he does. In only his second directorial effort, he lets us sit—while meandering down the highway in the couple’s van or with their extended family at a kind of unstated “farewell” party for the version of Tusker they all knew—with the complex issues surrounding what we might call “rational” suicide. This is to distinguish it from suicide borne of clinical depression or untreated pain.

We should note that the core of Tusker’s conviction is not just a rational desire to avoid suffering but profound love for his partner.

Despite Sam’s protests and sincere, urgent avowals to dedicate his life to caring for his mate, Tusker remains clear-eyed and loving: he simply will not allow Sam’s life to be dominated by caring for someone who will not even recognize him in the near future, the richness of their past buried forever within the occluded folds and pathways of what used to be Tusker’s magnificent brain.

Tusker has been a successful novelist whose advancing illness renders him unable to write, but he won’t countenance any such outcome for Sam, a concert pianist too soon releasing that passion from his life in favor of his dedication to Tusker.

All this internal drama plays out in a 103-minute film that is long on silence, mostly slow, measured dialogue, and unhurried transitions. No one’s in a rush in this circumstance, where the quality of “savoring” is the order of the day.

Savoring the light that shifts in the room they occupy with their beloved, the night sky and its supernovas that Tusker has researched and written about, the small jokes they share with respect to their own quirks of character, known and meaningful only to them, but all the more precious for it.

“Supernova” is at base a love story, depicting the trial that every love story will inevitably face when one of the lovers leaves the earthly realm the two have shared. Simply but profoundly told, it explores and expresses a depth of feeling one doesn’t often find on screen.

Much of the acting occurs in expressions and tones, framed against camerawork by turns panoramic and acute, bright and dim. The gorgeous and haunting original score by contemporary English musician Keaton Henson does the same (with an assist from Edward Elgar’s lush “Salut d’Amour,” from 1888, scored here for piano).

After some 5,000 years of human civilization and who knows how many songs, poems, novels and more cast into the firmament of culture, there are times when it feels there can’t possibly be anything new to say or depict about love. But that feeling rests on the flawed assumption that humans could ever tire of seeking, discovering, immersing, savoring, lamenting, glowing within and ultimately releasing love as they must, in this still mortal realm.

“We will not starve for lack of wonders,” Tusker tells a young family member as he gazes with her at the stars, paraphrasing English man of letters G.K.Chesterton, “but from lack of wonder.”

This wondrous film provides all the wonder we could want for the wise use of our always precious time, made all the more savory and worthy by the boundedness of the world it reflects with such tenderness and heart.

4 comments to A Dignified Dying in Love: Harry Macqueen’s “Supernova”