A Hymn to Memory, Mom, and Andy Williams, Whom I Still Remember 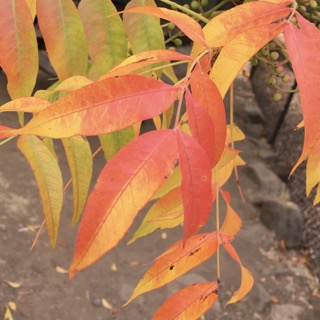 One of my clearest early musical memories is of using my paper route and yard work money to buy Andy Williams’s “The Shadow of Your Smile” album as a birthday present for my mother when I was probably 15. She and my dad had purchased one of those low-slung wood-framed console stereos that were becoming fashionable at the time, signaling a kind of tentative probe into the promise of American middle class life.

When one lifted up the hinged cover door to behold the turntable and tastefully designed silver control knobs below, there was a slot to the left that was prepared to accept maybe the initial 10 or 15 albums that would launch the owner’s collection. Andy Williams was among the early occupants of that slot.

But time and memory are tricksters extraordinaire, as any good physicist will tell you about the former and neuroscientist about the latter.

And there was that song he sang, not the cover song, but the other one, which entranced me then in an odd way, and which I have never really stopped singing fragments of in the various odd hours of my days during which I frequently sing or hum, almost unconsciously, given that tunes almost incessantly course through my mind seeking expression, which my beloved finds rather charming, until she doesn’t.

“Try to remember the kind of September
When life was slow and oh, so mellow.”

It doesn’t escape my notice—and makes me laugh, of course—that I have never forgotten this song that is coaxing me, in its gauzy, soft-hued way, to try, try to remember. I’ve probably never gone more than a month or two without thinking about and vocalizing it in the more than half a century since it came on my radar via the birthday present for my mom.

God gave us memories that we might have roses in December.
—From J.M. Barrie’s “Courage” (1922) 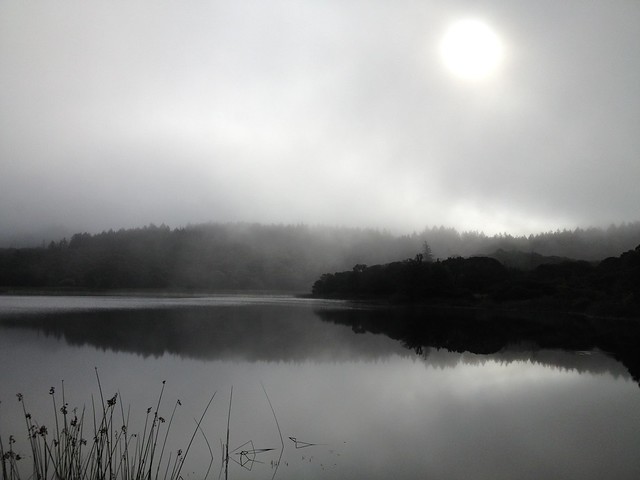 “Try to Remember” is a romantic take on the sweetness of memory, no traumas intruding. It was written by Tom Jones (an American lyricist, not the Welsh rockish crooner of “It’s Not Unusual”) for the 1960 off-Broadway musical “The Fantasticks,” and sung in the original by Jerry Orbach.

Its lilting melodic pace and three references in the first stanza to “September,” the month of transition, summer’s end, with its dramatic grain-colored light, is a natural for a pop song, and many singers cashed in on it in Orbach’s wake.

As my mind periodically stumbles upon it today with a prompt as innocuous as someone mentioning plans to travel in September and thereby launching me on a little inner songfest (“Deeeeep in December, it’s nice to remember…”), I think of all the trying to remember I do at this age, not of matters such as buying my mom an album with a song I’ve never forgotten from 50+ years ago, but of what I did and who I saw yesterday, and two days ago, and last week.

Near-term memory, it turns out, is often appallingly blank, movies and people and hikes and books disappearing into some vacant portion of my brain, clogged or folded over with no light of recall shining upon it to set it free.

Not gone as such, but obscured, darkened, needing a hook, a reminder, an image from the experience to shake itself loose and yield its treasures. 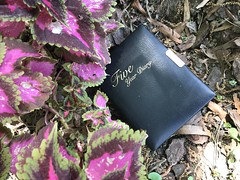 That was my intent back in 2006, when this dimming of memory was already making itself manifest. It prompted me to begin keeping one of those five-year diaries available in the old-fashioned stationery stores that used to fit neatly into storefront rows downtown. (I’m wondering now whether those that survived the assaults of office supply warehouses have finally been offed by the pandemic…)

Such diaries, each page a mere 4” by 5.5″ and with space for five years of notations, means the diarist is allotted four lines for each daily entry, which even in my illegible-to-most-humans mini-scrawl, allows for maybe 35 words tops.

Not much for someone who has long resisted the modern dictum that brevity is the very soul of the written word. (You may have noticed…)

But narrative was not my goal with this diary project. I thought if I jotted just a few spare notes on those precious few lines—To pool with Dakota, Lunch at Mac’s with Joan, Sent tax stuff to Pete, Took off to Bryce Canyon—it would perhaps:

1) help keep those events (or at least the cluster of events like them) alive in my memory storehouse, and,
2) help slow down the dizzying passage of time that seems to collapse entire decades into one another, like those Arctic icebergs now melting from climate change that make rubble and then liquid out of what had been solid, well-defined mountains of ice.

The first of those goals, as the diary sat mostly untouched for months and even years at a time, has been only marginally successful, while the second: Hahaha!

***
“The horror of that moment,” the King went on, “I shall never, never forget!”
“You will, though,” the Queen said, “if you don’t make a memorandum of it.”
—From Lewis Carroll’s “Through the Looking Glass and What Alice Found There” (1872)

One lives long enough and memory rather naturally begins to change shape and weight. The memory that allows for recollection, the failing memory that doesn’t, the different events and people that friends and family and lovers remember that we don’t, and vice versa.

More memory piles up each day, for one thing, where it seeks proper housing and availability in our brain like the file cabinets of old, or the computer desktops today that seem to present the same old problems of tight-packed or overflowing drawers, too much material competing for space and ready recall.

Underneath all those challenges, let us say it out loud, is the specter of whether overcrowded and failing memory portends a brain turning inexorably to Swiss cheese. And if it turns out that is what’s behind these memory worm holes (“How could I be pausing, floundering, on someone’s name whom I’ve known for a quarter century?”), and those holes may sooner than I want get so large as to destroy functional memory itself, who would I be?

Without my memory, and the recall of events and accomplishments, journeys and beloveds and joys and heartbreaks of the past, would the “I” that I know and use as a marker of life and experience on this earth exist in any meaningful way?

And if not, would I want to exist at all?

Sweet Memory! wafted by thy gentle gale,
Oft up the stream of Time I turn my sail.
—From Samuel Rogers’s, “The Pleasures of Memory” (1792)

We humans are storytellers. I was going to add “first and foremost” to that sentence, but that may be overstating things. But put two or three or 10 people together and out come the stories, whether a gathering of co-workers, friends, or family (especially family).

Someone says something, which reminds someone else of something that happened, and bam, we are out of the storytelling gate, often writ larger than life, which may not relent till saying our good-byes late at night, when we go home and lapse into dreams that present us with the strangest stories of all. (Dreams were doing magical realism long before magical realism became a thing…)

Families, the clan, provide the most rapt audience for storytellers. Their native intimacies usually make for the longest and greatest number of shared memories, after all. Family members were there then; they knew you when.

Many things grieve me about my divorce, but right up near the top is the loss of family gatherings, at least those including the tidy three-person nuclear family we enjoyed through my daughter’s first 16 years.

What happens to stories no longer told by those who lived them?

The time Dakota suddenly decided to jump atop the basketball and severely conked her 3-year-old head on the concrete sidewalk. I can still hear the thudding sound echoing from there to the porch where I stood, breath bated.

Her first steps alongside the Green River in Utah, the spiking fever nights and feverish calls to the doctor, Giants Opening Day, the lovely visits and fidelity with her birth family.

All those shared memories, the memories one member fills in for another—or tells an alternate version of.

In gatherings, story tends toward the riotous and absurd, made all the more so by the enhancements of imagination and time—two stellar tools in the storyteller’s art.

But in the stories we turn over ourselves in the mid of night, there is the abject and mournful, too—whose true depths even imagination finds difficult to plumb.

Fountains of sorrow (not always with a fountain of light, alas, to leaven it).

And yet who would I be, and why would I want to exist at all, without my sorrows? 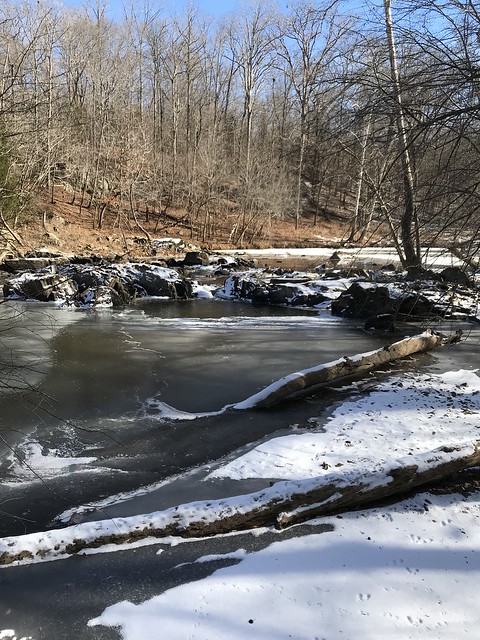 We thought we could recall the single place
we had set out for and forget the rest
but it is the going we remember
it is the way that comes along with us
and with no one else now and the place
we set out for was not there even then
it had already been forgotten there
yet we remember the river we crossed
the stone bridge and old trees where it left us
and the small bluebird above us with its
hidden nest to which it was bringing back
what it had found where did we go from there
nothing we saw then ever had a name
and the river flowed on behind us.

Andy Williams, Iowa-born in 1927 just two years after my mother, died in 2012 in Branson, Missouri. He apparently had owned the “Moon River Theater” there, named after the song for which he was most noted and into whose “artificial waterway” his ashes were dispersed.

“Moon River” was my late brother’s very favorite song, and it was the Williams version to which he danced with his daughter at her wedding in 2001.

Williams outlived both my mom, who passed in 2005, and my brother, dead from a dread and rare brain disease five years later, age 62. 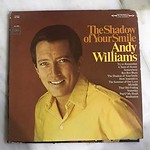 I’ve always had a soft spot for “Moon River” too, but it was not on “The Shadow of Your Smile” album I bought for what was probably my mom’s 41st birthday. That seems laughable today, given how ancient she seemed to me then and how young I remember being at that age, compared to how I feel to myself now.

But time and memory are tricksters extraordinaire, as any good physicist will tell you about the former and neuroscientist about the latter.

And we can’t leave the philosophers out of this, what with Heraclitus observing two and a half millennia ago that we never step into the same river twice. Seems its waters skirt effortlessly around our plodding feet, bound for the big merge with infinite oceania unless it has been lost to evaporation or dam-coralled and piped toward the teeming awaiting masses and their relentless thirsts.

“So we beat on, boats against the current, borne back ceaselessly into the past.”

Another sort of philosopher of time said that once, in a very different and later era than Heraclitus, taking his best shot at making sense of mysteries whose authors are unknown, with answers forever cloaked, in settings with plot points as infinite as the heavens, impossible to remember, though we can but try, try…

***
Reader Julie Johnson comments below about the five-year diary her grandmother, Annie Kuhl, kept between 1910-1914. Here are a couple of sample pages from this treasured, “mundane” little slice of history … 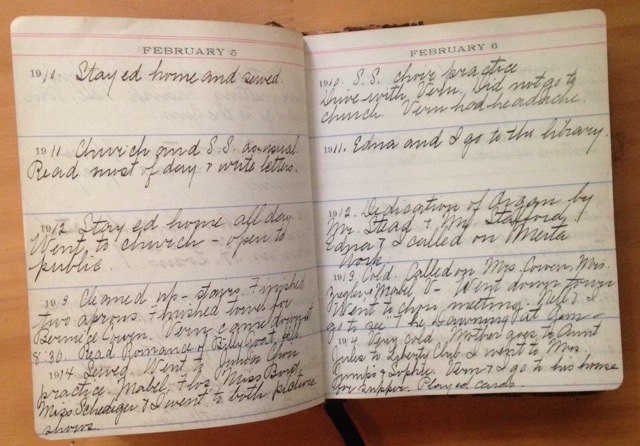 10 comments to A Hymn to Memory, Mom, and Andy Williams, Whom I Still Remember