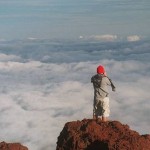 Last week in church, my 14-year-old daughter and her cohorts in their “Coming of Age” program culminated a year of reflections, retreats and fellowship by presenting their personal “credos” to the congregation. These were summations of their developing views on religion and life—and what is most important about it. It was a worthy exercise, and the kids were charming and varied in their presentations. And it occurred to me that in one form or other, we all live and act out of our “credos,” and there is great potential value in pausing to examine and elaborate what those are. Here’s mine (as of today). What’s yours?

I consider myself a “deeply religious non-theist.”

Non-theist, because I have no sense of a personal God, a Supreme Being, a Prime Mover, who controls or directs any aspect of life, to whom we can pray and get a response.

Religious, because I do believe in the sanctity of life, in the power of love and appreciation and gratitude and veneration, and because I have a high (though qualified) regard for the potential of a professed religious community to help change its practitioners and the world beyond.

I look first to nature as a source of my disbelief in a Supreme Being. For all its mystery and majesty, nature is also brutally indifferent. The very structure of how a good part of the animal world draws its sustenance—by chasing down, tearing apart, and eating terrified prey—seems to belie creation by a Supreme Being. What kind of compassionate Creator would set such a system in place for sentient beings’ everyday sustenance?

Then there are the geological, medical and economic terrors—earthquakes and hurricanes, horrible diseases, wretched and protracted poverty. The fundamental unfairness and capriciousness of these pose troubling questions for a Supreme Being. If such a Being existed, we would—as well we should—hold it accountable for the structural terrors it has built into existence.

I do not believe life has any inherent “meaning.” Human beings have always shown great propensity to treat it as throwaway and cheap. We have also treated it as sacred and holy and precious beyond words. As humans, we create our own meaning, in the way we live our lives, in how we spend our time, in the thoughts we entertain, the goals we pursue, the ways and the people we choose to love. 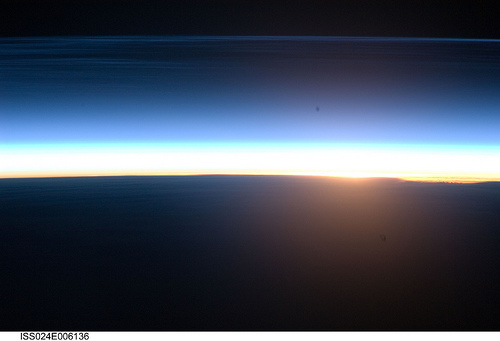 I believe humans alone in the animal kingdom face the issue of meaning, the “Why am I here?” and “What am I to do?” questions that I see as the foundation of all religion. These questions are a function of a unique self-consciousness we possess at the top of the evolutionary chain. This does not make us “better” or more worthy of regard than animals, but it does pose a unique challenge for us in deciding how to live, as well as responsibility to be good stewards of both our animal brethren and the earth we share with them.

I do not believe that animals grapple with the meaning question, but instead live out the “meaning” of their existence in the perfect harmony of their instinctual natures. I do not believe humans can follow the same path—our consciousness, for better and worse, poses too many complicating questions for us to live a merely instinctual life.

I believe that “meaning” is found in multiple ways but always by engagement and attentiveness with what we love—whether people, nature, or the life of the mind. (Preferably, all of the above.)

I have no sense of an afterlife or any survival of personal consciousness or identity. At the same time, I believe that whatever love, wisdom and generosity we have been able to bestow on others helps “change” and compel them to continue doing the same. In this way, in the tiny, moment-to-moment increments that add up to a good life lived among other lives, we can leave a “legacy” and do our part to create a better world.

I believe that awareness of our own finitude poses deeply challenging questions, to which human beings have responded variously with terror, cruelty, desperation, hopelessness, clinging, self-sacrifice, wisdom, generosity and love. I believe a profound mixture of these is responsible for all the best and all the worst of human life, and that “all the best and all the worst” is an accurate way of describing the effect of organized religion in history.

I believe that religious consciousness rose simultaneously with—because it is a function of—self-consciousness, and is therefore fundamental to the human enterprise. Though it is not necessary to adopt religious faith, language or symbology in order to live a meaningful and worthy life, it is important that we understand the religious impulse and function. For multitudes of people the world over, religion provides the most profound and transformative path to becoming a better human being.

I believe that organized religion can help save the world, and can help destroy it. It can offer a means of succor and positive self-identity, serve to inspire countless works of charity and communal good, and provide a context for self-transcendence. It can also promote narrow-mindedness, exclusion, tribalism, and rampant violence. 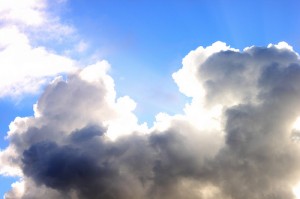 I believe that religious consciousness is developmental, evolving from the simplicity of fairy tales and literal application of creation stories through the rational and transrational (never anti-rational) levels of consciousness. Its apogee is the transcendent vision of acceptance, unity and love that has been common to all mystical figures and traditions throughout human history.

I believe that our collective religious consciousness is still at a very young evolutionary stage, and that the appropriate response to this is compassion, humility, and a commitment to help that consciousness evolve by promoting and living a life of kindness and dialogue, inquiry and compassion.

I believe that literal interpretation of what human beings have defined as sacred texts is at the root of most religious violence throughout history. Literal interpretation and application of these texts combines with the self-centeredness and tribalism common to undeveloped consciousness to produce a poisonous mixture that destroys and demeans humankind rather than sanctifies it.

I believe that sacred texts can be useful guides both to our common history and to how we are to live now—provided they are read critically and poetically, as potentially useful and sometimes lovely myths rather than histories. I believe that education, dialogue, travel, and exposure to ever wider and deeper levels of thought are the chief means of achieving that understanding.

I believe that religion is a work of the imagination and the language and conceptual apparatus that the imagination uses to express its deepest longings, questions, and insights.

I believe that science and religion are compatible because they are so fundamentally opposite. Science seeks the evidence-based truth of observable phenomena, religion (beyond its literal level) seeks the internal poetic truths of the imagination. The integrity of each is self-evident.

Ultimately, I believe that “religion” (etymology: Latin, “to bind together”) and living a religiously inclined life is not a matter of creeds, systems or even of the beliefs I elaborate here, but of living and acting from an orientation of love, regard and respect for others. It is best expressed in gratitude, generosity, and with a sense of awe that strikes me as the only rational and appropriate response to the mysteries that face us from the vast unknowable universe of which we are but a tiny part.

So what does it (meaning “life”) all add up to? Perhaps no more than a “Beautiful Nothing,” which is quite a something, as The Kruger Brothers so beautifully demonstrate below.

Polar mesospheric clouds photo shot by unnamed Expedition 24 crew member on the International Space Station. Used under Creative Commons licensing, some rights reserved. A description of the peculiar conditions of this shot is at: http://www.flickr.com/photos/nasamarshall/4743045711/

5 comments to A Personal Credo