A Poem: “The Last Japanese Soldier”

(Hirō Onoda was a World War II Japanese army officer who surrendered only in 1974, having hunkered down in the jungles of the Philippines for nearly three decades, refusing to believe the war had ended. He returned to a hero’s welcome in Japan, where he died in early 2014.)

I’ve been tracking him, trying to ascertain
what caused this severance from reality,
this deep ignorance of the situation awaiting him.

Duty-bound to a fault, he goes about his pinched days
calmed by routine and subservient to no one save
the fear of exposure from the dark of his hut.

The world closes in.

It’s tragic, how he missed the good news that
followed the bad, the war’s disconsolate
end opening to vistas so long obscured.

I go in alone, no cover or air power behind me,
hoping to coax him into conversation and the
beginnings of trust, understanding, rapprochement.

My heart goes out to him.

He speaks from the shadows, asks of the emperor,
of whom I have no news, his remains so long buried
and his legacy no more for this world or any to come.

We have missed you, I say, and even more important,
you have missed us, though why would you know that,
given these boarded-up windows and your fearful heart?

He squints at the sliver of light behind me, considering. 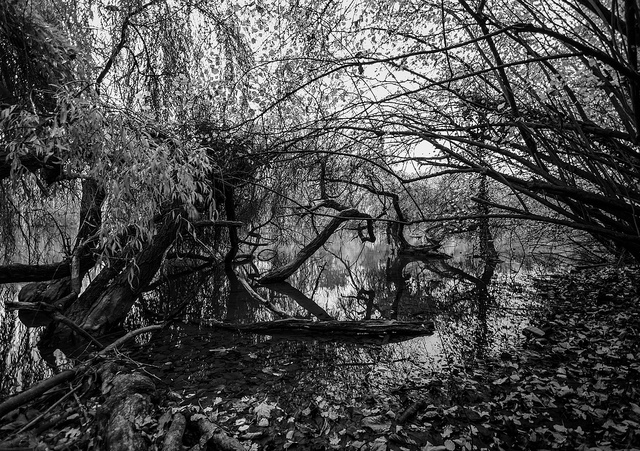 On Facebook? Visit his blog’s public page there for daily snippets of wisdom and other musings from the world’s great thinkers and artists, accompanied by lovely photography of the kind you see here.
http://www.facebook.com/TraversingBlog