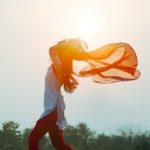 I have a dear friend who is given to proclaim, “Oh what a beautiful day!”…in meteorological conditions ranging from 90/90 temperature/humidity combos to bright blue skies with 70-degree temps and a light breeze to slate-gray winter fog where your words form ice crystals as you speak.

It’s the sort of sentiment that reflects a basic gratefulness for merely being alive, whatever aggravations the weather or the news or your kids are sending your way.

Yet lest one think this person a shallow pollyanna training herself like a seal to see life only as a bright shiny orb bobbing at the end of her nose, let it be said that many layers of hard-won wisdom, pensiveness, and grief inform her love for the day that dawns every morning, whatever garments it shrouds itself in.

That is why I am quite certain my friend will appreciate Lisel Mueller’s “Joy,” the poem under discussion here, given the complex depths of feeling it explores in blessedly accessible language and imagery.

Because of spring’s ‘unreasoning body’ running ‘amok…with glory’—and then, of course, the equally unreasoning sadness that comes in under joy’s transom, its inextricable partner, in the name of all that is true beyond reason alone.

Mueller died this past February at 96 years old, the last 81 of those in her adopted country of the United States. Born Elisabeth Neumann in Hamburg, Germany, she was 15 in 1939, when her mother packed her and her sister up to flee Nazi Germany and join Lisel’s father in the Chicago suburb of Winnetka.

Fritz C. Neumann was an educator who had left Germany two years before, first for Italy and then France, his life having been endangered in Germany after having for years sounded dire warnings about the Nazi regime.

Lisel went on to great success in America, authoring six volumes of poetry, serving as a teacher, literary critic, and translator, and winning the Pulitzer Prize at age 73 for her volume, “Alive Together: New and Selected Poems,” where “Joy” appears.

In it, she reflects on voices of the outer world trying to comfort her or merely stanch her tears because of their own discomfort as she listens weeping to a particularly moving piece of music. She is even given to ask herself whether she is perhaps being ridiculous shedding tears over what should be a happy occasion.

But in the course of the poem’s 24 lines, Mueller sheds her own narrator’s doubts as she comes to more firmly grasp the intricate symbiotic relationship between joy and sadness, reason and emotion. Let’s read the poem here before returning for some discussion.

JOY
“Don’t cry, its only music,”
someone’s voice is saying.
“No one you love is dying.”

It’s only music. And it was only spring,
the world’s unreasoning body
run amok, like a saint’s, with glory,
that overwhelmed a young girl
into unreasoning sadness.
“Crazy,” she told herself,
“I should be dancing with happiness.”

But it happened again. It happens
when we make bottomless love—
there follows a bottomless sadness
which is not despair
but its nameless opposite.
It has nothing to do with the passing of time.
It’s not about loss. It’s about
two seemingly parallel lines
suddenly coming together
inside us, in some place
that is still wilderness.
Joy, joy, the sopranos sing,
reaching for the shimmering notes
while our eyes fill with tears. 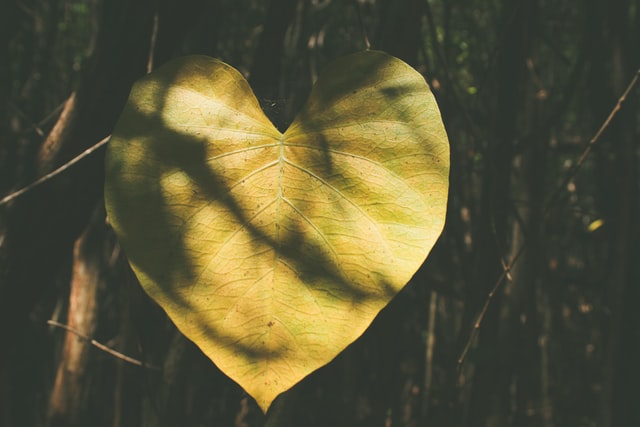 Outside, slightly reproachful voice: “Cry over music? (Or spilled milk??) Let’s have some perspective!”

It is true that no one is actually dying in this girl’s life (yet), and that music is something made up, creative, fleeting, due to end in three or 20 or 50 minutes (unless you’re listening to a Grateful Dead concert) before it gets you back to your life. But that makes no difference to a young girl—and many old girls, and old boys, too.

Why? Because of spring’s “unreasoning body” (lovely phrase, that), running “amok…with glory”—and then, of course, the equally unreasoning sadness that comes in under joy’s transom, its inextricable partner, in the name of all that is true beyond reason alone.

No matter how much she tells herself in concluding the first two stanzas that she should be “dancing with happiness,” the longer third stanza brings the wisdom and depth that feeling and making “bottomless love” can teach her, which is the sadness that shares the same bottomless sense, once one takes in the whole of love of an other and the entire creation that such an other represents.

(A nice line that correlates here, from the 1948 novel, “The Heat of the Day” by Elizabeth Bowen: “To turn from everything to one face is to find oneself face to face with everything.”)

And then to another key point in these packed few lines: that this existential, bottomless sadness serving as twin to bottomless love is not despair but despair’s “nameless opposite,” not loss but instead “two parallel lines,” both inside us, coming together not in a place of reason or knowledge, but of “wilderness.”

This wilderness exists in every human being, whether one knows it or not. It is actually all the wilder if one denies it or tries mightily to convince oneself that reason can or has overcome it. (Beware all uber rationalists and their certainties…)

Once our narrator acknowledges this unknowable wilderness inside, the music doesn’t stop—the sopranos still soar, still make us happy and sad, smiling and teary-eyed. The parallel lines have come together, the saint’s unreasoning body flush with unreasoning spring, outside of all time and loss.

5 comments to A Wilderness Beyond Reason: Lisel Mueller’s “Joy”