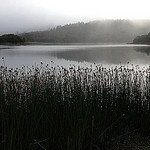 When I got home, my friend Henry was waiting for me in the easy chair in the corner of my bedroom, paying me a surprise visit from his home in Massachusetts, his walking stick by his side. He’s not generally a demonstrative sort, so he waved off my expressions of amazement that he had dropped in on me for the first time ever, noted my hiking attire, and asked if I’d taken any pictures of this “Annadel” that I’d occasionally written him about over the years as my last surviving snailmail correspondent. (Henry has never been big on computers.)

I had indeed taken pictures with my iPhone, and though Henry wasn’t much impressed when viewing them there, I assured him they would look better on the bigger screen of my computer, which he grudgingly assented to take a look at when I downloaded them. That’s when I asked him whether he might be willing to take a “virtual” hike with me back up to Lake Ilsanjo, and maybe even write me a little prose about the benefits and beauty of getting out & about into the great outdoors.

Henry seems to have a knack for that kind of writing, so herewith are a few excerpts from his essay that came out of our conversation, rather nicely accompanying the photos I took along the way, I think. His essay can found in its entirety here: http://www.transcendentalists.com/walking.htm.

Also, previous posts on Henry in this very space can be found here (“Walking and Wandering”) and here (“Rereading Thoreau, Forty Years Later, On My Kindle”). 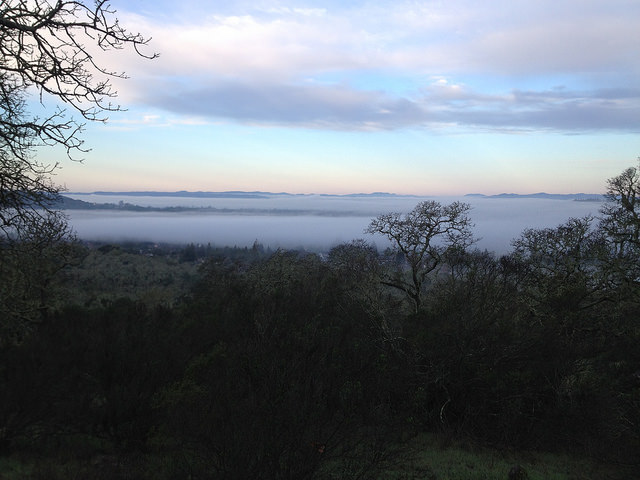 I wish to speak a word for Nature, for absolute freedom and wildness, as contrasted with a freedom and culture merely civil–to regard man as an inhabitant, or a part and parcel of Nature, rather than a member of society. I wish to make an extreme statement, if so I may make an emphatic one, for there are enough champions of civilization: the minister and the school committee and every one of you will take care of that. 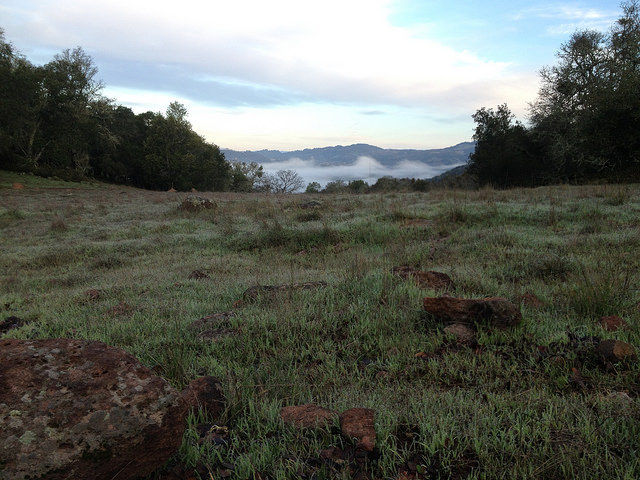 It requires a direct dispensation from Heaven to become a walker. You must be born into the family of the Walkers. Ambulator nascitur, non fit. Some of my townsmen, it is true, can remember and have described to me some walks which they took ten years ago, in which they were so blessed as to lose themselves for half an hour in the woods; but I know very well that they have confined themselves to the highway ever since, whatever pretensions they may make to belong to this select class. No doubt they were elevated for a moment as by the reminiscence of a previous state of existence, when even they were foresters and outlaws. 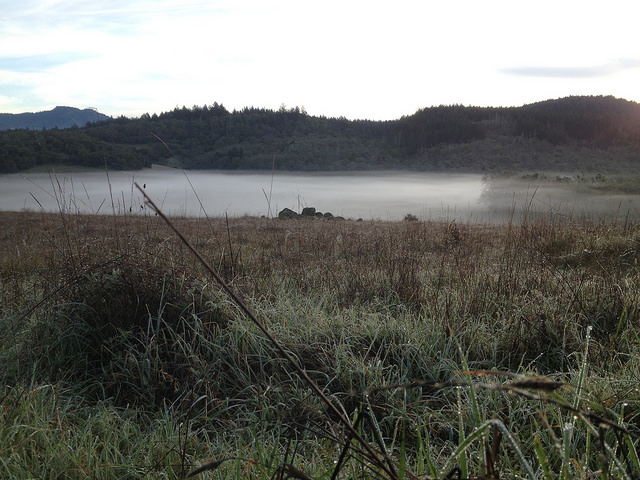 I, who cannot stay in my chamber for a single day without acquiring some rust, and when sometimes I have stolen forth for a walk at the eleventh hour, or four o’clock in the afternoon, too late to redeem the day, when the shades of night were already beginning to be mingled with the daylight, have felt as if I had committed some sin to be atoned for,—I confess that I am astonished at the power of endurance, to say nothing of the moral insensibility, of my neighbors who confine themselves to shops and offices the whole day for weeks and months, aye, and years almost together. 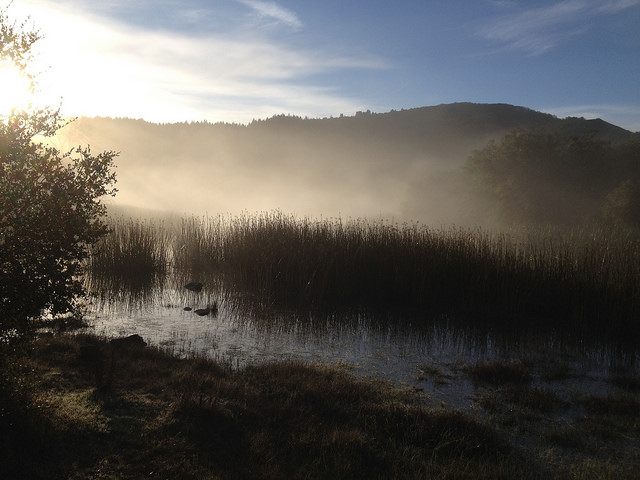 What is it that makes it so hard sometimes to determine whither we will walk? I believe that there is a subtle magnetism in Nature, which, if we unconsciously yield to it, will direct us aright. It is not indifferent to us which way we walk. There is a right way; but we are very liable from heedlessness and stupidity to take the wrong one. We would fain take that walk, never yet taken by us through this actual world, which is perfectly symbolical of the path which we love to travel in the interior and ideal world; and sometimes, no doubt, we find it difficult to choose our direction, because it does not yet exist distinctly in our idea. 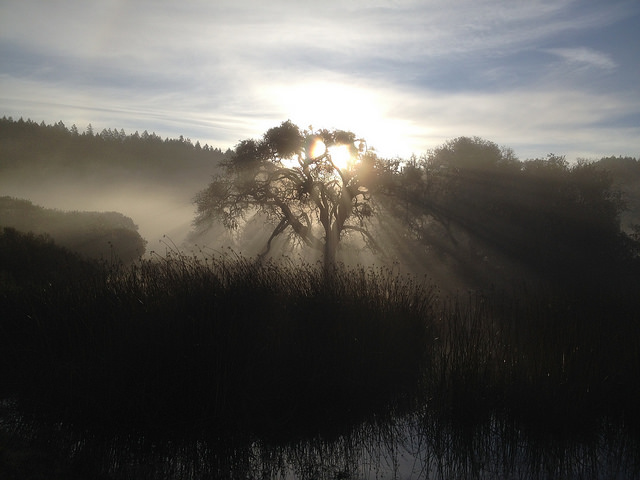 But the walking of which I speak has nothing in it akin to taking exercise, as it is called, as the sick take medicine at stated hours–as the Swinging of dumb-bells or chairs; but is itself the enterprise and adventure of the day. If you would get exercise, go in search of the springs of life. Think of a man’s swinging dumbbells for his health, when those springs are bubbling up in far-off pastures unsought by him! 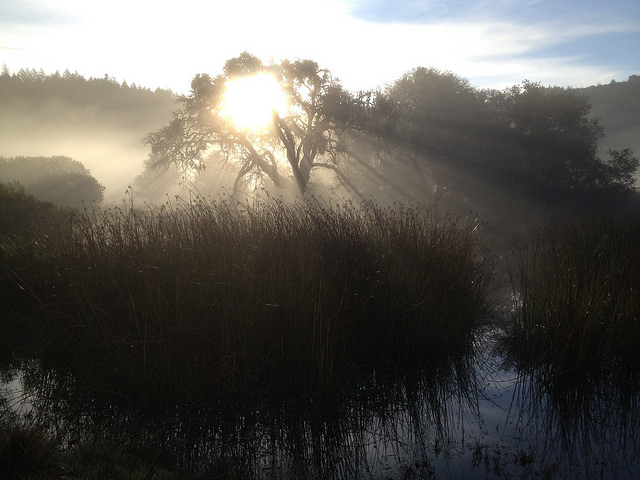 I am alarmed when it happens that I have walked a mile into the woods bodily, without getting there in spirit. In my afternoon walk I would fain forget all my morning occupations and my obligations to Society. But it sometimes happens that I cannot easily shake off the village. The thought of some work will run in my head and I am not where my body is—I am out of my senses. In my walks I would fain return to my senses. What business have I in the woods, if I am thinking of something out of the woods? I suspect myself, and cannot help a shudder when I find myself so implicated even in what are called good works–for this may sometimes happen. 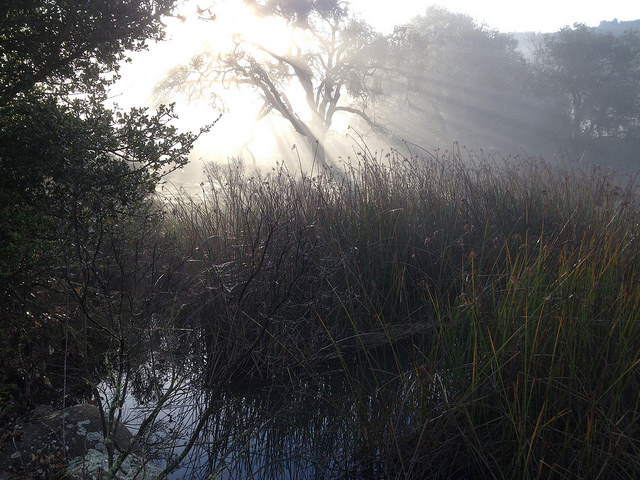 The West of which I speak is but another name for the Wild; and what I have been preparing to say is, that in Wildness is the preservation of the World. Every tree sends its fibers forth in search of the Wild. The cities import it at any price. Men plow and sail for it. From the forest and wilderness come the tonics and barks which brace mankind. Our ancestors were savages. The story of Romulus and Remus being suckled by a wolf is not a meaningless fable. The founders of every state which has risen to eminence have drawn their nourishment and vigor from a similar wild source. It was because the children of the Empire were not suckled by the wolf that they were conquered and displaced by the children of the northern forests who were. 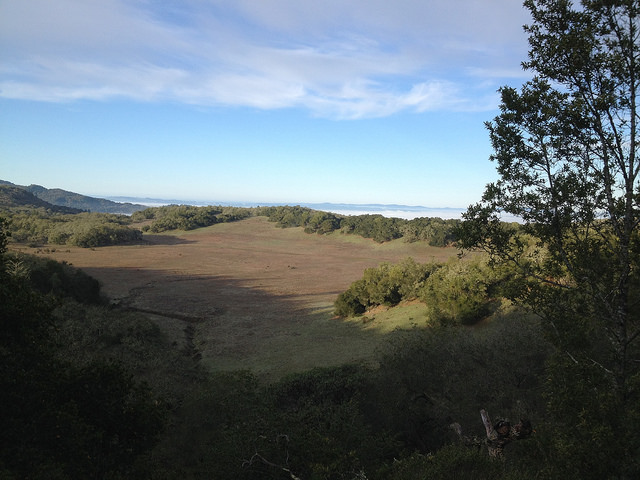 In short, all good things are wild and free. There is something in a strain of music, whether produced by an instrument or by the human voice–take the sound of a bugle in a summer night, for instance–which by its wildness, to speak without satire, reminds me of the cries emitted by wild beasts in their native forests. It is so much of their wildness as I can understand. Give me for my friends and neighbors wild men, not tame ones. The wildness of the savage is but a faint symbol of the awful ferity with which good men and lovers meet.

And so we shall stop there, at that “awful ferity with which good men and lovers meet,” perhaps wishing we had written that line ourselves but content that at least Henry did, for our everlasting appreciation and pleasure.

A pleasant little primer follows, inspired by and about Henry, who is trekking back to his home at Walden Pond even as I type. I wish him, as always, Godspeed…