Bill Withers and the Banality of Heaven 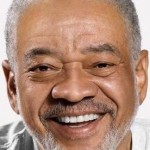 Earlier this week, I saw a wonderful warm movie about a very nice man. Got me kind of glowing inside, with an urge to write about it here. But as the week progressed with its normal percolation of ideas in the midst of walks and dishwashing and warm showers, the only real idea that came to me was in the form of a question: Why is it so difficult to say anything interesting about a wonderful warm movie depicting a very nice man?

The answer arrived only as I pondered imagery from a new television show my family recently took up, a cold treacherous show about very bad men. (And even a very bad woman in the most recent episode.)

O.K.—a few details and the dramatis personae. The good man is Bill Withers, a 1970s-80s soulful-romantic crooner and songwriter (Lean on Me; Ain’t No Sunshine). And the wonderful movie about him is Still Bill, a documentary that picks up on him and his life at age 70, decades removed from prominence in the music world after a self-imposed withdrawal to the peace of family life and easeful friends. 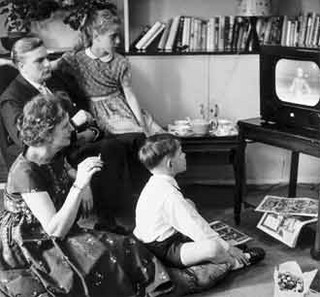 The cold series about treacherous men is The Blacklist, depicting a world of twisted international terrorists who use bombs, bullets, daggers, poisons and much more in the kind of dizzying duplicity that has one of the main characters, an FBI agent, faced with the question of whether her own charming and perfect husband is perhaps a colossal fraud from the dark side.

The series depicts an exhausting—and thus far unfailingly interesting—game of cat-and-mouse, with intrigue upon intrigue and doubts about every situation and person permeating the main characters’ every waking moment.

And then there is Withers, still noodling with his guitar and piano in his plush home studio, still collaborating on occasion with other artists, including his much beloved and devoted daughter, still making an occasional surprise drop-in visit on a concert performer mid-song. The documentary shows all these moments and more in a portrait of a man exuding tremendous peace and strength of character in his later years.

Withers has reached an expansive, warm, and accessible stage of life, crying easily at the sight of his daughter singing or when addressing a group of youthful stutterers, a condition he suffered from and overcame early in his life. Gosh, would I like to give that man a hug. See this movie if you dig his music (what’s not to like there?) and could use brief immersion in a life well and peacefully lived.

All of which makes for a short review, and begs a very large question: If evil disappeared from the world tomorrow, how would we entertain ourselves, and what would we think about?

This particular account described choruses of angels strolling about in the clouds creating non-stop beautiful and heart-rending music…And all I could think was, ‘Oh God, please spare me the eternal bliss!

If there were no terrorists plotting atrocities, or Tea Partiers holding our economy hostage and thus engendering 10 million outraged Facebook links and fundraising drives by the likes of MoveOn.org, how would we pass the time? Loll about in bed all day listening dreamily to Bill Withers repeat “I knowIknowIknow” over and over into the mike in that stirring chorus of Ain’t No Sunshine?

(Love the song, though that part always makes me almost shout, “We know, too, Bill, now please wrap it up!”)

For the record, he sings “I know” 26 times before he moves on. Count it yourself in the You Tube clip below—it’s the first song in a lovely half-hour concert clip from the BBC. Perhaps this bit of songwriting overkill was a private or even unconscious homage to his childhood stuttering? 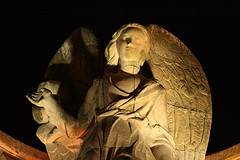 I remember dipping into one of those books of someone “dying” and going to heaven for a brief dazzling preview before God inexplicably shuttled the person back to this dreary plane for some apparently unfinished business. (Which, conveniently, turned out to include the extremely profitable business of writing a best-selling book about the experience.)

This particular account described choruses of angels strolling about in the clouds creating nonstop beautiful and heart-rending music. All the person’s beloved relatives were there, too (with the possible exception of a creepy uncle or two; not sure about that). And all I could think was, “Dear dear God, please spare me the eternal bliss! Could you maybe arrange a little peek—like a campus dorm visitation—at those interesting characters wailing and gnashing their teeth in hell before I have to decide on my eternal resting place?”

The philosopher Hannah Arendt made quite a name for herself in coining the phrase “the banality of evil” to describe the Nazis, who, rather than wearing ogre masks and dripping blood from their teeth, went home to their perfectly wonderful wives and children for whom they played Bach and Mozart after having punched the clock from their day jobs exterminating a few more thousand Jews.

On the flip side of this, sadly but truly enough, is the banality of niceness, and the difficulty of writing stirring prose along the lines of:

“Harold Rogers, Jr. dropped his two adorable children off at school today before spending a productive eight hours overseeing the Accounts Payable Dept. at the local shoe factory. Then he went home to hug his wife, carouse a few minutes in the den with his children, mow the lawn and enjoy his physician-approved one glass of wine before dinner. Afterwards, the family indulged in a spirited, participatory viewing of “Jeopardy” before Harold tucked the kids into bed, caught up on the latest issue of Accounts Payable Quarterly while snuggled next to his wife, then chastely kissed her before turning out the bedside light on another day.”

I have a sneaking suspicion that’s just about the limit of your tolerance for stories about Harold’s life.

Until I reveal to you the existence of his girlfriend, a bar owner with a tattoo of a serpent just above her right breast, who is in the midst of blackmailing him to help her cook the books on her business so as to protect the meth business she runs in cahoots with an offshoot of the Medellin cartel.

Now we have the possibility of a TV series, a novel, a blog post worthy and enticing of your and my time.

I suspect it will be ever thus.

Thanks to the photographers!

Elizabeth Haslam, for the rotating banner at top of this page. Some rights reserved under Creative Commons licensing, see more at: https://www.flickr.com/photos/lizhaslam/

2 comments to Bill Withers and the Banality of Heaven