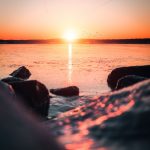 I remember getting the Sibelius back home to play on my $99 record player (with detachable wired speakers!), and being absolutely floored by its beauty, the lush evocative melodies taking me through heights and depths of emotion over just the eight minutes or so it ran. I don’t remember anymore how and when I looked into the background of the piece—likely from the album liner notes, at least initially—but it didn’t surprise me that it spoke of courage, heroism, conflict, carnage, resistance and ultimate triumph, with a theme of the universal brother/sisterhood that always underlies such struggle. 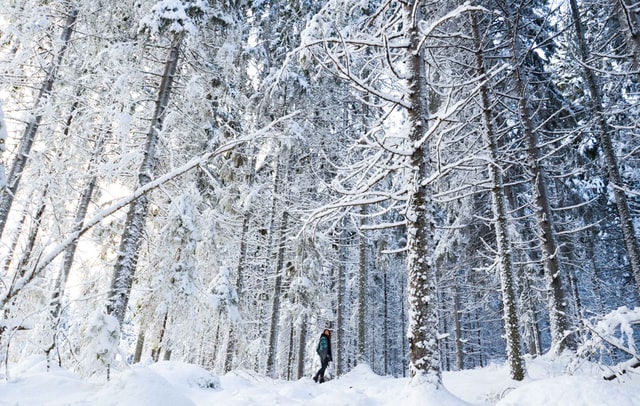 Officially titled “Finlandia, Op. 26,” the piece is a “tone poem” in classical music parlance, which is typically less ambitious in scope and length than a symphony or concerto, but gives composers a chance to develop a theme laden with particular emotions and moods in just one movement.

Sibelius wrote “Finlandia” in 1899 purely for orchestra as part of a protest against Russian censorship. Finnish history had been marked by conflict with its Eastern neighbor over centuries, border and land skirmishes occasionally erupting into war and Russian occupation of the much smaller and militarily less powerful Finns. Those conflicts grew only worse through the explosive and complicated two world wars of the twentieth century, the second of which saw Finns and Russians alternating as both opponents and allies in the complex geopolitical machinations that accompanied the war.

Despite its foundation in protest, “Finlandia” evokes no bitterness, but only tender love of country and a kind of stout patriotism devoid of jingoistic, martial fervor. It does, however, suggest conflict and turbulence until its latter stages, when it downshifts toward serenity and the lush melodic hymn that got its Finncentric lyrics in 1941, when Veikko Antero Koskenniemi focused on the country’s particular struggles to overcome oppression and claim its full sovereignty.

That’s the version we will listen to here, with lyrics attached to the You Tube but following below as well so we can grasp them at our own pace.

Then we’ll get to a couple of subsequent lyrical versions that cast a wider universal net over the song. Although some may consider that a kind of artistic larceny, I simply chalk it up to the music’s tremendous evocative power, expanding the original Finn version to an all-encompassing love of countries and peoples everywhere, in all their nobility, pathos, struggle and ultimate surrender to love.

Anyway: here’s the original, courtesy of the BBC Orchestra’s homage to Finland in an independence celebration in 2011.

And here are those lyrics again:

Finland, behold, your day is dawning,
Daylight has banished the menace of the night,
The lark’s song sings out in the morning light,
It fills the air and the blue skies.
The morning vanquishes the darkness of night,
Your day has come, my native land.

Finland arise, face the future with pride,
Recall the valiant deeds of your past.
Finland arise, cry out to the world
That you have cast off the shackles of slavery
You were never broken by the weight of oppression
Your morning dawns, my native land.

Fervent love of country never runs so hot, of course, as when it is threatened from without. Much like a health crisis binds individual people together in renewed appreciation and fear of loss, an existential threat to country evokes deep passions rooted in ancient tribalism. That tribalism can feel corrosive and exclusivist in times of peace, but it provides a saving grace of determination, ferocity and common purpose when a nation is under siege.

The lyrics above speak to the abiding passion for their homeland that likely allowed the vastly smaller and less militarily mighty Finns to continually withstand and recover from Russian aggression to reclaim their status as an independent and free nation state.

All that said, in 1934, six years before Koskenniemi added the Finnish lyrics to Sibelius’s work, an obscure American poet named Lloyd Stone wrote a two-stanza poem that he offered as accompaniment to “Finlandia,” though it sounded a distinctly universal note that made it more akin to something he might have called “All-Landia.”

If you’re a church-goer at all, you may have sung this version or another version adapted from this one, as it has been reworked as a hymn across several denominational lines, lyrics modified along the way. Here’s Stone’s contribution:

This is my song, O God of all the nations
A song of peace, for lands afar and mine
This is my home, the country where my heart is
Here are my hopes, my dreams, my holy shrine
But other hearts in other lands are beating
With hopes and dreams as true and high as mine

My country’s skies are bluer than the ocean
And sunlight beams on clover leaf and pine
But other lands have sunlight too, and clover
And skies are everywhere as blue as mine
Oh hear my song, thou God of all the nations
A song of peace for their land and for mine

And in that same spirit of artistic exploration via addition, pioneering female theologian, philosopher and sometime-poet Georgia Harkness added a third stanza to Stone’s lyrics in 1964:

May truth and freedom come to every nation;
May peace abound where strife has raged so long;
That each may seek to love and build together,
A world united, righting every wrong;
A world united in its love for freedom,
proclaiming peace together in one song.

Although the arrival of the coronavirus has been an accident of nearly epic proportions (it may become fully epic by the time it has its way with us), it has been no accident that the virus has unleashed countless numbers of good works in every imaginable realm—medical, charitable, artistic, commercial and much more. (Yes, also “jerkish,” but that behavior, at least as far as I have seen and read about, has been decidedly in the minority.)

At base, human beings are far more good than bad, far more in solidarity than not, far more looking for communion than conflict (though nation states have had an uncanny capacity to create conflict for the purported interest of protecting their people). In a universal calamity such as a pandemic, however, when life becomes stripped to its essentials, the world, at least at these initial stages, seems suffused with goodwill from every conceivable corner.

One of those corners is You Tube, which I will leave you with below in featuring an alternate take of “Finlandia,” barely two minutes long and just a few days old. It features Stone’s two stanzas sung by a male octet in honor of these times, each singer discreetly “socially distanced” from his mates in all humbleness, respect, and the mutuality that will perhaps be the one requirement above all that will get us through this latest trial on the long road to whatever we will someday be able to learn about salvation.

Until then, peace be unto you, my brothers and sisters.