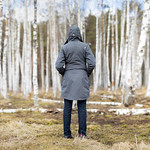 There are songs you hear in passing, once, twice, five times, before you notice your ears have been perking up a bit more on each listen, and you finally ask yourself, “So just who and what is that, anyway?”

Other songs gobsmack you on first hearing, leaving you speechless and sputtering, mainlining a message and melody like an electric current, perfectly wedding a voice with a lyric and painting a picture with such crystalline detail and depth of feeling as to leave you shook to your core, knowing you just heard something great, and will want to hear it a lot more.

The late Bill Morrissey’s “Long Gone” is the first type of song, which I’d heard a number of times over months from another room where my sweetheart had it on her playlist while doing yoga (no sacred Hindu chants for her), and I finally asked her about it. Liked it even more once I listened closely and snagged all the lyrics, and was cogitating making a “Brilliant Song” out of it when I started in on some due diligence exploring Mr. Morrissey’s oeuvre.

And there went the rest of the day.

Enchanted, moved and amused from one song to the next, I finally smacked, as unto a wall with most welcoming arms, “Birches,” from Morrissey’s 1993 album, “Night Train.”

Like many gifted singer-songwriters, Morrissey was a self-taught, largely unheralded workaday presence who plied his trade in small clubs and festivals and attracted a fiercely devoted but tiny (by commercial standards), following. He put out one short of a dozen albums over a 27-year recording career based in a New Hampshire mill town, its working folk contending with rough-hewn environs often leaching into his songs.

His music featured thoughtful, plainspoken, sometimes dark, sometimes whimsical and humorous ballads and a short storyteller’s gift for painting a scene and packing it with emotion in a few deft strokes.

The narrator keeps us abreast of the couple’s quoted conversation, which involves a gentle negotiation on what kind of wood to toss on the fire—long-burning, steady oak, or the comparatively bright blazing meteor of birch?

No surprise then, that he was a college literature major influenced by Raymond Carver before dropping out at age 19 to pursue music (hey, it was the ’60s!). Nor that he later looped back to publish two novels, one quite successful, the second less so, and posthumous.

Also like many gifted artists in general, Morrissey fought demons of alcohol addiction and bi-polarism, the latter of which he revealed publicly on his website only in 2009, sounding upbeat and free of secrecy’s burden. Two years later he was dead at age 59, found in a Georgia motel room at the end of a road tour, felled by complications from heart disease.

Way back in 1993, though, he had written “Birches,” as close to a perfectly conceived song as it is possible to imagine of longtime marital life’s satisfactions, trade-offs, forebodings, and the small domestic interchanges that bespeak worlds.

The setting is a no-longer-young couple’s woodstove fire on a winter night, and its ritual final stoking that will keep their house warm in the absence of any other heat source as they ready for bed. The song takes the unusual form of extensive dialogue, the third person narrator keeping us abreast of the couple’s quoted conversation, which involves a gentle negotiation on what kind of wood to toss on the fire—long-burning, steady oak, or the comparatively bright blazing meteor of birch? 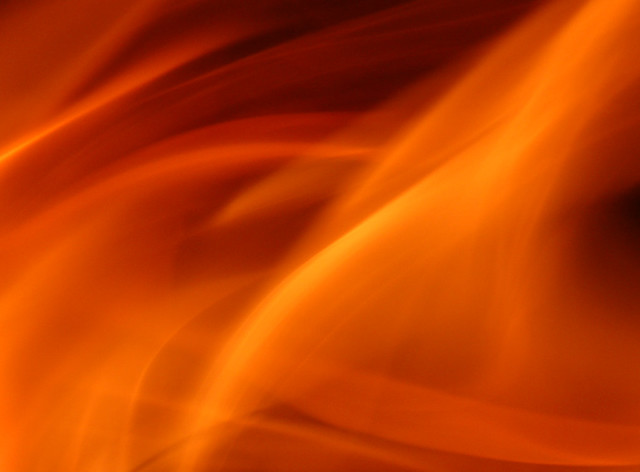 Clearly never one to waste a wood metaphor, Morrissey takes the road less traveled, deep into a minute and tender slice of life that reveals the differing sensibilities, at least on this night, at this moment in time, of this particular couple. The man practical-minded and sober, the woman on another, more adventurous (if it is possible to be adventurous about wood) plane.

Let’s play the song now, with the lyrics printed immediately below. You can skip to the lyrics first to orient yourself if you’re inclined, or, as I usually prefer to do, give it a listen first and then another one while reading along with the lyrics to ingest their full and tender power.

This is the best audio version I could find on You Tube, licensed and straight from the studio but with only a rotating set of Morrissey photos for video. There’s one live version there too, but of a tinny and wobbly cell phone variety that doesn’t do the song justice.

They sat at each end of the couch and watched as the fire burned down
So quiet on this winter’s night, not a house-light on for miles around
Then he said, “I think I’ll fill the stove, it’s getting time for bed”
She looked up, “I think I’ll have some wine
How ’bout you?” she asked, and he declined

“Warren,” she said, “Maybe just for tonight, let’s fill the stove with birches
And watch as the fire burns bright
How long has it been? I know it’s quite a while
Pour yourself half a glass and stay with me a little while”

And Warren, he shook his head as if she’d made some kind of joke
“Birches? On a winter night? No, we’ll fill the stove with oak
Oak will burn as long and hot as a July afternoon
Birch will burn itself out by the rising of the moon

“And you hate a cold house same as me. Am I right or not?”
“All right, all right that’s true,” she said “It was just a thought”
Then she said, “Warren, you do look tired. Maybe you should go up to bed
I’ll take care of the wood tonight.” “Oak,” he told her. “Oak,” she said

She listened to his footsteps as he climbed up the stairs
Then she pulled a sweater on her and set her wine glass on a chair
She walked down cellar to the woodbox. It was cold as an ice chest
Then climbed back up with four logs, each as white as a wedding dress

And she filled the stove and poured the wine, then she sat down on the floor
She curled her legs beneath her, as the fire sprang to life once more
And it filled the room with its hungry light, and it cracked as it drew air
And the shadows danced a jittery waltz like no one else was there

She stood up in the heat, and she twirled around the room
And the shadows, they saw nothing but a young girl on her honeymoon
And she knew the time, it would be short, soon the fire would start to fade
She thought of heat, she thought of time. She called it an even trade

***
Speaking of wobbly—I was having a hard time keeping my face from falling there by the end.
Et tu?

So many gorgeous lines and barely contained deep feeling, made all the deeper by the acutely rendered word pictures.

“How long has it been?” she plaintively asks.

Since they allowed the fire to burn hot.

She even thinks she may stoke the whole occasion with some wine, offers him some, he declines (twice).

He then shoots down the mere idea, for his perfectly rational reasons, of burning birch on a long winter night, which begets this delicious byplay: “Warren, you do look tired. Maybe you should go up to bed/I’ll take care of the wood tonight.” “Oak,” he told her. “Oak,” she said.

Fat chance it will be oak, we are already thinking, and I have to suspect Warren knows the same.

She then walks down to the icy cellar—it’s been cold down there for a long time—and returns with four logs and a simile from deep within Morrissey’s poetic soul: “…each as white as a wedding dress.”

And so the celebration commences, all ablaze. The woman dons the figurative wedding dress—is it made of birch wood?—springing to life “once more” with the fire…twirling, the shadows themselves dancing “a jittery waltz,” the room filled with “hungry light.”

And if “no one else was there,” we know that the shadows are, and they behold “a young girl on her honeymoon,” taking what may be her very last dance on this continuum of time with this man.

The one with whom she has no doubt shared so many dances in the past.

The one who looks tired and has headed up the stairs.

Who has conceded the fire to her as she thinks of heat, and time.

And how perishing they both are, the years passing as mere minutes, the fire fading, just as every fire does…

You really should not leave here until you’ve given “Long Gone” a listen, too. Trust me! And if you find yourself hungry for more information, a lovely tribute and nearly all the lyrics to every song Morrissey wrote, go here: https://tinyurl.com/y3he2fl8