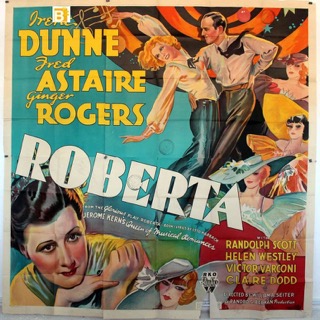 “I Won’t Dance” has a slightly complicated history, though, having been written in 1934 by Jerome Kern with lyrics by Oscar Hammerstein II and Otto Harbach for the London musical, “Three Sisters.”

Neither the film nor song will be nominated to the Deep Thinkers Hall of Fame anytime soon, but sometimes rollicking good fun punches exactly the right ticket for our collective survival, if not physically, then spiritually.

The show flopped and the song sunk with it, but Astaire had managed to catch a performance during its mere three-week run. The following year, he remembered it when looking to see what he and Rogers might do in “Roberta,” the third of the 10 dance-drenched movies they glided through so effortlessly together (because really, there was nothing to it, nothing at all…) between 1933-1949.

He then brought it to the attention of the film’s producers and its musical director, Dorothy Fields, who loved the irresistible tune like every other person with a pulse has then and since.

She, with an assist from Jimmy McHugh, then proceeded to jettison almost everything but the title from the lyrics.

That not only brought the song into accord with the different storyline, but also provided a vehicle for the effervescent, teasing and suggestive wordplay with which Astaire and Rogers most always complemented their otherworldly dance numbers.

The result was a smash hit that topped the record charts that year, along with another song from the film: “Lovely to Look At,” also by Kern and Fields and sung by Dunne, which garnered an Academy Award nomination.

These decades later, the original Hammerstein-Harbach “I Won’t Dance” lyrics are nowhere to be found, but the Fields version has been covered by hundreds of appreciative singers, from Sinatra and Ella and Louie to Stephane Grapelli, Willie Nelson, Diana Krall, Michael Buble, Lady Gaga with Tony Bennett, and some kids I’d never heard of till just today. I’ll share a few of them below, no worries. 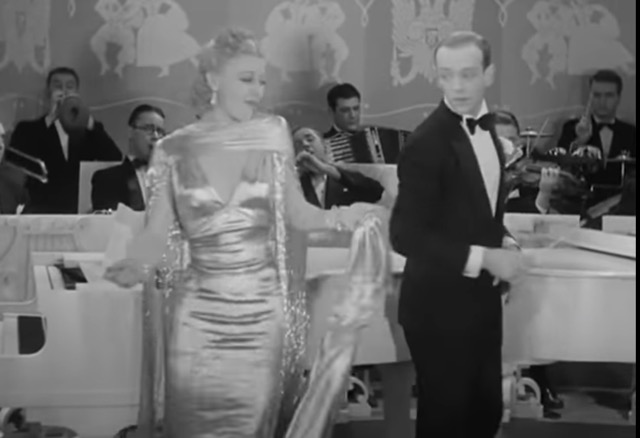 “Roberta” is the kind of screwball comedy with lavish sets, absurd situations and big stars in gowns or snappy tuxedos that Hollywood pulled off with such aplomb in its so-called “Golden Age,” which historians variously place somewhere between the 1920s and early 1960s.

It picks up additional glamour with a setting in Paris involving a fashion house putting on a grand show with a Russian theme for visiting royalty and assorted high-brow American ex-pats and tourists.

Neither the film nor song will be nominated to the Deep Thinkers Hall of Fame anytime soon, but sometimes rollicking good fun punches exactly the right ticket for our collective survival, if not physically, then spiritually.

“I Won’t Dance” does so with delightful banter that has the multi-talented Astaire (piano, sing, act, dance) engaging with the nearly as talented Rogers (lacking only the piano, at least here). Rogers, impersonating a European princess, tries to coax some dancing out of him, which he resists with that stout declarative sentence of a title.

Fred Astaire, refusing to dance? The reason becomes clearer with each line—the man is smitten with his would-be dance partner (who is actually an old flame from their midwestern youth). But at this point, he’s too frightened to risk what dancing often does, which is: “lead(s) to romance.”

The song starts with some spoken lines by Rogers that reflect the literate, exuberant wordplay that brilliant songwriters of the time engaged in with such glee:

Think of what you’re losing
By constantly refusing
To dance with me.
You’d be the idol of France with me
And yet you stand there
And shake your foolish head rheumatically
While I wait here so ecstatically
You just look and say emphatically…

Pained and tortuously tempted as he is, Fred’s refusal now kicks in:

You know what?, you’re lovely

GINGER:
So what? I’m lovely

FRED:
And, oh, what you do to me
I’m like an ocean wave that’s bumped on the shore
I feel so absolutely stumped on the floor

GINGER:
When you dance, you’re charming and you’re gentle
‘specially when you do the Continental

FRED
But this feeling isn’t purely mental
For, heaven rest us, I am not asbestos
and that’s why…

“Rheumatically, ecstatically, emphatically?” The adverb carnival is proffered enchantingly by Rogers, and Astaire gets to have his own fun with the nonsense line, “For, heaven rest us, I am not asbestos.”

No, it would appear not…

Once the duo is done with their lyrical banter, a couple of burly Russian attendants with those cool fur hats that add another foot to their height each grab an elbow and place Astaire on the dance floor, where he first makes nice with some audience members and then makes us all dizzy for a couple more minutes tapping and cavorting around the room like a lithe cheetah on amphetamines.

It’s a classic solo turn by Astaire that might just be the most fun five minutes you’ll spend today (unless you go dancing too, and we all know where that “leads”). Plus one more minute, because below that, the filmmakers prove they’re no fools by bringing Rogers into the mix in the film’s finale—emphatically.

And now for the bonus rounds, if you’re not averse to driving yourself a bit giddy with this tune bouncing around inside your head all day. First, the Chairman of the Board, showing some of his youthful verve and all of his mature charm as he enjoys himself during an early 1990s performance. Then a dance rendition from a couple of remarkably inventive kids named “Moose and Camille,” who starred in some movie franchise earlier this century that I’d never heard of before, but whose performance here would surely have had Fred and Ginger smiling down from the heavens…

Looking to subscribe to this blog’s pretty much weekly posts? Top right of this page, just plug in your email address (never shared or published) with a name—full, first name only, or pseudonym—and you’ll get email notices with each post.