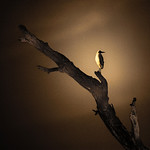 The light & the dark, the transcendent & tragic, the hopeful & hopeless—it’s all mixed and jumbled up, both gladdening and tormenting us in alternate takes, asking us to swallow it whole as the price of our humanity. Surely, the dark forces that seem all around us at the moment are real enough, and they want nothing more than to have us surrender to their come-hither, sucking sound of despair.

They tempt us, the ultimate menacing seductress, to give in, give up, lose faith in the notion that goodness and beauty and even lightness of heart can persist, can still have a say, in the face of recurrent evil.

Evil wants us to think that joy is trivial and inappropriate to our circumstance, that art and music and dancing are frivolities, for dillettantes only, unfit for somber times.

Persisting in hope, joy, play and art is the ultimate, meaningful riposte, a political and spiritual act, a necessary means to counter the doom loop that evil weaves.

And from that dark side, all times are somber, all life, with its inherent struggle for survival, a goad to ruthlessness, cunning, and the distrust that follows in their wake.

But I—with a lot of help from our resident musical artist K.C. Douglas and co-writer/producer Robert Geddins—am here to proclaim that persisting in hope, joy, play and art is instead the ultimate, meaningful riposte, a political and spiritual act, a necessary means to counter the doom loop that evil weaves.

“Go forth and multiply,” goes the biblical injunction—and I like to think it applies as much to our joys and contentment as it does our population.

Which brings us to the joy and frivolity (despite its bluesy undertones) of the 29th Brilliant Song in this series, a 1949 gem that was given life by bluesmen Douglas and Geddins as “Mercury Boogie.” Later, it morphed into “Mercury Blues” in the hands of various musicians (Steve Miller, David Lindley, Alan Jackson, Roy Rogers, Dwight Yoakam) who paid it homage by making it into hits of their own. 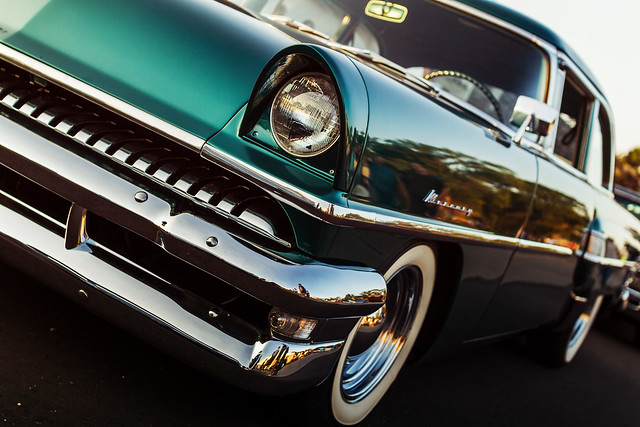 Born in 1913, Douglas plied the blues trade and various manual labor jobs in rural Mississippi till the end of World War II, when he migrated west to work in Vallejo’s naval shipyards. Oakland and San Francisco being just down Highway 80, he soon managed to score gigs in the thriving club music scene of the post-war years. (God knows when he slept, or whether he ever crossed the bay’s bridges in a Merc…)

He soon formed a trio bearing his name, whose first recording was “Mercury Boogie,” a playful riff on the classic Mercury automobiles of the era, with their sexy curves and grills that just begged to purr on down some wayward country roads.

One of the song’s enticing features is that the mostly-comic lyrics on the woes of not owning a Mercury (“The gal I love, stole her from a friend/The fool got lucky, stole her back again/She knowed he had a Mercury”) work beautifully with the slow pace and deadpan delivery that Douglas works to perfection in the original.

But buried within his cruising second gear pace is a full-tilt and volcanic fourth gear, which Lindley in particular fully grasped and put into play in 1981. Let’s listen to Douglas first, though, followed by a full print of the lyrics and then the Lindley and Jackson versions, which will give the song’s marvelous range its due.

In case you missed any of that:

And upping the ante with a bring-the-house-down pace, the now venerable rocker David Lindley:

I think my favorite line is the second, which includes the almost throwaway words “or two.” That last word obviously performs the role of hooking up with its rhyming brother “do” but it also suggests the complete dreaminess of the protagonist, a kind of Santa’s Wish List clutched by a kid who is untethered to reality but allowed the full rein of its want.

Why settle for one Merc, especially if even that is bloody likely impossible on a shipyard worker’s salary? So hell with it, gimme two!

There’s little indication that Douglas had any commercial intentions beyond selling a few records and folding the song into his set list. But many years later (sometime in the mid-’90s, was as close as my research could get), the Ford Motor Company bought rights to the song and changed “Mercury” to “Ford Truck,” signing country crooner Alan Jackson to perform the  honors, given he had already made the original (though with its new title) into a #2 hit on the U.S. Billboard “Hot Country Singles” charts in 1993.

In a perfect world where dreams of multiple Mercurys for old bluesmen come true, Douglas would have collected royalty checks like manna from heaven from all the artists who covered his song, along with the Ford copyright payment, to build himself a 16-car garage that would house every ’40s Merc he could find.

But life so often not working that way, he died of a heart attack in 1975, a month short of his 63rd birthday—too young to hear and profit from all those who recognized his fine rollicking song, and even to receive the Social Security checks that had yet to come his way after a lifetime of toil.

That is ever the story of the blues, though.

Tellingly, none of the woes it chronicles is ever enough to dissuade its creators from continuing to sing them as an eternal means of solace, communion, and, dare I say it—joy.

Here’s to the keep on keepin’ on that they inspire.

And here, easily the slickest rendition of all, countryfied and Vevo’d by Alan Jackson in his younger days…