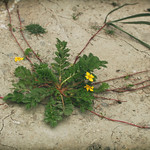 If you’re the least bit inclined toward metaphor, you know that a reference to pulling weeds in a song or poem is never just about pulling weeds—no matter the triumph you deservedly feel anytime you fill your bucket with them through a long morning stooped over a flowerbed. (In my case, it’s more often a gravel driveway I try to keep from becoming a long rectangular succulent patch, but I know my flowerbed crabgrass, too…)

Weeds being a longstanding interest of mine, both metaphorically and down-there-in-the-dirt (see here), I stumbled accidentally upon Josh Morningstar’s “Pullin’ Weeds” last week with great interest.

About one line into my listen, I knew I’d hit a little jackpot of a song.

A few more lines in, I knew I’d want more of this singer-songwriter who deserves a bigger following than the all-too-common fierce-but-small one he has earned over his still brief career. Like most all of his artistic breed, he has etched that career out for himself with a heavy touring schedule in mostly small venues.

The music world is absolutely crawling with such talented artists, most of whom we will never hear or hear of. But at least today, I aim to change that for one artist and one audience. 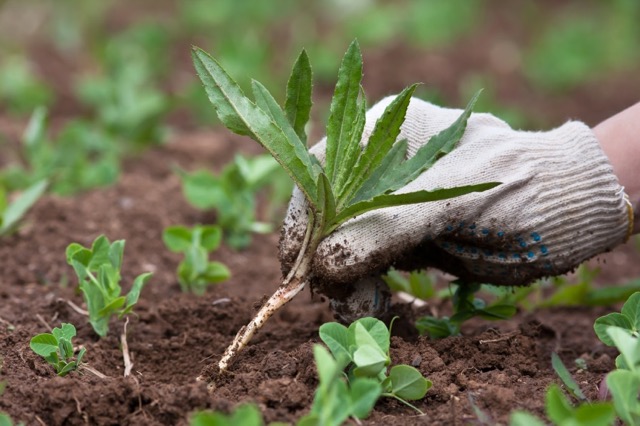 With his heroes topped by Hank Williams, Kris Kristofferson and Merle Haggard, Morningstar falls more or less into a country-folk amalgam in which each song tells a little story about what turns out to be the big, basic emotions and appreciations on which so much of life rides.

“Pullin’ Weeds” exemplifies this approach in the first line with its task-at-hand and presentation of the tools it requires: “Got my shovel and I got my spade.” That’s followed by a religiously oriented opening prayer of sorts: “Got this day that the good Lord made.”

Then back to particulars in the third line: “The Georgia clay, a mule named Jack.”

(Though dang, I only wish I could recruit a mule to assist my weeding.)

And so it goes, almost alternately hewing first to the concreteness of daily life (weed pulling, a farmer’s tan, willows in the breeze, sleet and freezing rain) followed by the wide angle that reveals so much of that concreteness as ripe for metaphor (hard times visiting, a worried mind and blood-stained land, sinning, nothing lasting forever).

Let’s give a listen to a fine live recording now, after which the lyrics and a return for further discussion.

Got my shovel and I got my spade
Got this day that the good Lord made
The Georgia clay, and a mule named Jack
Farmer’s tan and an almanac
Hard times have come to visit,
Ain’t for the faint of heart now is it?
With the bad the good comes with it
Life’s a garden I just dig it

Hoe my row and I sow my seed
Take care of what takes care of me
I’d stop to smell the roses,
Watch the willows in the breeze
But as long as there’s still dirt
I’m always gonna be

Got tools and these two hands
A worried mind and this blood-stained land
A chance to take, and a will to prove
So much left that I have to do
When I gaze upon the garden
I see the forest for the trees
But thorns always on roses
So I’m always gonna be

Dust Bowl dry, hurricane,
Hell, high water
Sleet and freezin’ rain
One thing you can count on
Nothin’ stays the same
It’s hard to be a sinner
When you’ve seen seasons change

I got my shovel and I got this spade,
I got this day that the good Lord made…

In either case we are left naked, with the profound realization that we are ultimately not in control, that events transpire that remain impervious to all of our gumption, long-curated strength and will.

I love the way Morningstar holds both the suffering and  the release from it in mind, the latter never negating the former, both of them as real and recurring as the weeds he removes from the dirt—for now.

The 39-year-old Morningstar has been candid with his own demons. Like so many artists, he sought release from them via most all available means. From a family of alcoholics, he became a father at 17 and a heavy heroin addict in his 20s.

He was scouring streets for cigarette butts before hitting bottom and climbing slowly out, one rehab stint following another. It finally took in 2011 with the help of a good, steadfast woman and his music, always the music. (He wrote his first song—“about school”—at age 9.)

Since then, he’s produced a few studio albums solo, along with a couple of music-and-talk albums with fellow singer Billy Don Burns and a single about tortured love—“Must Be the Whiskey”—that country star Cody Jinks turned into a big seller with sparkling lines such as “I been drinkin’ to remember and drinkin’ to forget.”

With that broad context in mind, we behold lines such as, “Hard times have come to visit/Ain’t for the faint of heart now is it?” with both appreciation for the particular road Morningstar has traveled and the bare fact of how heavy the traffic is on that road, what with most all people fated to travel it at least for stretches in their lives before groping their way to a welcoming exit.

I love the way Morningstar holds both the suffering and the release from it in mind, the latter never negating the former, both of them as real and recurring as the weeds he removes from the dirt—for now. He may always have “A worried mind and this blood-stained land,” but he turns the old maxim of “not seeing the forest for the trees” upside down by proclaiming he does indeed see it, has come to see the forest in all its grandeur, thank you very much.

One of the beauties of weeding  is how much time it requires on one’s knees, down there at ground level near insects and dirt, in “the kingdom of the small,” an almost naturally humble perspective that also seems to engender freewheeling thought and sometimes revelatory insight.

I suspect Morningstar had the religious symbolism well in mind in the line, “Down here on my knees,” but after also noting the reality of “Dust Bowl dry, hurricane/Hell, high water/Sleet and freezin’ rain,” he comes in with “Nothin’ stays the same/It’s hard to be a sinner/When you’ve seen seasons change.” 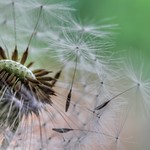 Ahhh, the new day, the fresh start, the change of seasons in their recurring cycle of life, death and resurrection. With self-forgiveness and redemption thrown in there somewhere, too, so long as we come back to the fact of the tools in our hands and it being our task to employ them. Digging into the good earth on our own behalf on this “day that the good Lord made.”

Notably, the version above, posted to You Tube in 2018, is slightly different than the “official” lyrical version in 2020. And the most pronounced difference is in those lines about sin.

The 2018 version: “It’s hard to be a sinner/When you’ve seen seasons change.”

Sounds more innocuous that way, but perhaps Morningstar wanted to dial back slightly on the religious connotations, given the complicated, often tortured (and torturING) role the concept of sin has carried throughout history.

Or perhaps it’s just another example of how artists often toy with lyrics, putting them through various permutations geared to certain times, certain audiences, certain spur-of-the-moment inspirations, and their own evolution in thought.

Hard to tell in this case, but both versions rest nice ‘n easy with me, long as I got my shovel and I got my spade—and a heavily exercised thumb-and-forefinger combo that is the worst nightmare of those weeds in my driveway. To which I want to say, “I’m coming after you, guys. Nothing lasts forever.—not even you.”

More proof of  lyrical brilliance in a powerful meditation on drug addiction:

See here to scroll through the first paragraphs of all previous songs in this series.