Brilliant Songs #5: Brandy Clark’s “What’ll Keep Me Out Of Heaven” 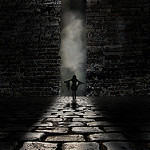 Ran into Brandy Clark last night. Well, not on the sidewalk or at the grocery, but on the Internet, as I was thinking and listening hard to a bunch of songs by Loretta Lynn. Then something or other happened in that way the world of links works, and suddenly, here was this youngish (43) singer-songwriter hailing from rural Washington, saying hello via the dozen songs from her 2013 debut album, “12 Stories.”

Talk about an unbidden fall harvest. These are tales of flesh-and-blood people, mostly working-class, often plain beyond imagining, but no less engaged in the struggle to get some type of lasso around their world and bring it to heel. What complicates things is that the lasso is often frayed, as are their reflexes and nerves.

I found myself considering half a dozen or more songs that could have worked for inclusion in this “Brilliant Songs” series. Nothing in the album isn’t worth attention; it really is that good. (“Pray to Jesus,” “Crazy Women,” “Three Kids, No Husband”—yes, yes, and yes…)

But I’ve chosen to focus here on “What’ll Keep Me Out Of Heaven” because of its exquisite quick sketch of an age-old scene: a married woman on the cusp of her first tryst, almost desperate to leave but dying to stay, caught on a fateful precipice that will leave her ravaged in one form or other, perhaps in several, for years to come, guaranteed. 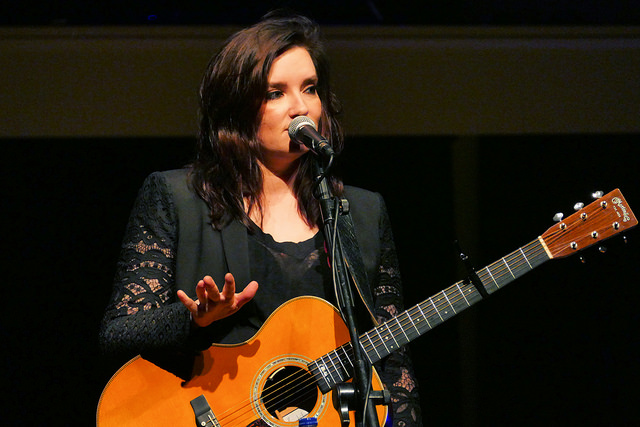 Clark has an uncanny ability to frame almost ubiquitous situations in music and literature—someone on the brink of an affair, a single mom lonely and frazzled but carrying on with needy children, a fed-up wife nursing fantasies of revenge on a ne’er-do-well husband—and giving them an utterly original tone. She does so in short strokes, economically, like the poet that all great songwriters are.

Exactly. This marginalization of the betrayed spouses, each unknown to the separate protagonists, amounts to dehumanization, non-existence. Strangers don’t require acknowledgment or concern; they may as well be the man or woman on the moon. These situations are not foursomes, but only three different one-on-one’s: the protagonists crossing this threshold to each other, then each of them going back home, across another type of threshold, to begin this new chapter with their spouses.

And now the end of that stanza above, no shadows again, just single-minded clarity on the bargain our narrator is negotiating with both her devil and her God:

The push, the pull. Agony, ecstasy, or both?

Yes, there will be no free lunch. (Or in this case, champagne…)

And now comes the moment of truth—the crossing of the threshold, after which this journey is headed toward its agreed upon destination:

“If I step into that elevator, there ain’t no turning around
And I don’t know what scares me most—the ride up or the ride down”

Those are six of the 15 lines (chorus not included) in this compact, lay-it-all-on-the-line slice of life, full lyrics below and a fine audio version of the song following. (You Tube has several others of her live, but the sound quality is subpar.)

There’s an almost too-real edginess to Clark’s oeuvre, laying gut feelings, wobbly situations and the complexities of the human heart out there with neither romance nor cynicism clouding the view. Dilemmas present themselves, people try to address them, fall short, get bruised, keep going. None too steadily or full of spark, but they do.

She gives them neither medals nor scorn for their efforts, but settles for telling their stories, unvarnished, insightful and true.

What’ll Keep Me Out Of Heaven

I know I shouldn’t be here tonight
I hardly know this man
It’s been a long time since I felt as pretty, as he tells me I am
I’ve met him at a coffee shop and I’ve met him in the park
But I’ve never been alone with him in this dress after dark

The arrow’s on the second floor
The bell’s about to ring
And I have to turn away right now
Or walk into this thing
If I step into that elevator, there ain’t no turning around
And I don’t know what scares me most—the ride up or the ride down

For more on Clark: http://www.brandyclarkmusic.com/

14 comments to Brilliant Songs #5: Brandy Clark’s “What’ll Keep Me Out Of Heaven”