Brilliant Songs #6: Chuck Brodsky’s “We Are Each Other’s Angels” 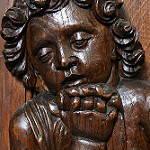 I came across this song just a few weeks ago, courtesy of Facebook friend Eric Gray, who had just organized a house concert by Chuck Brodsky in San Francisco. Eric is a music guy, as well as a baseball guy (powerful combo…), so I of course investigated Mr. Brodsky, went on You Tube, and here we are, with Brilliant Song #6 in this occasional series.

Ironically, I was moved to write about it when checking in, as a kind of pop culture imperative, with the Super Bowl halftime show the other day.

When a band I had never heard of, Maroon 5, and its lead singer started prancing around the stage, with the singer ripping his shirt off to reveal his gym physique and every-square-millimeter-of-skin-tattoos as the young ‘uns who were herded onto the field for the occasion jumped up and down around him on cue in the usual highly staged, ridiculous-looking scene, vapid, showy and just all around fake as can be, I thought immediately of actual musicians making actual music that is reflective of actual lives in this rough-and-tumble and beautiful world.

And I thought again of Chuck Brodsky, and his half-plaintive, half-rhapsodic paean to angels—in human form. 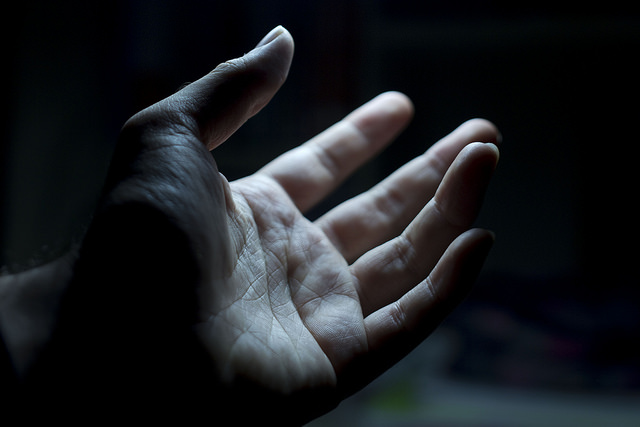 Like a lot of workaday singer-songwriters, the Asheville, North Carolina-based Brodsky has an easy, engaging manner that thoroughly lacks pretense. Not for him the ripped-off shirt display, though one could see him inadvertently showing up on stage with a favorite ripped flannel shirt he’s worn down a bit much over his years on the road.

Let’s have a listen to his Angels song, and after you maybe sniffle a bit (if you happen to be that kinda person…), I’ll come back for some brief discussion and appreciation. The full lyrics will be below, though you won’t much need them to grasp the words and meaning, thanks to Brodsky’s blessedly clear, heart-infused diction.

So: the message. Could it be any more straight-ahead?

Whenever I present occasional brief reflections (some five minutes) or full-blown sermons (closer to 20 minutes) in church, the focus is always on that word: message. What’s the take-away? What, in the final distillation, are we trying to convey?

One of the things that just slays me about music—and why I suspect it is the very highest, closest-to-the-heavens art form—is that it can say so ridiculously much, in such a short interval, attached to/intertwined with a tune that can both melt your heart and keep you humming it all the rest of the day. (And through the night, and—at intermittent times—the rest of your life…)

Brodsky demonstrates both those attributes here. So plain-spoken and from the heart, isn’t he?

Simple and eloquent; a man and the music he has made, unadorned.

There’s a leave-taking going on here, but not from a broken heart or any sort of recrimination. It’s just time for these friends, or perhaps even just short-term acquaintances, to move on down their respective roads, with kindly acknowledgement and regard for what they have shared of each other’s angelic natures.

And the basic unspoken theological underpinning, too: that however much it might soothe us to conjure actual angels hovering in some disembodied form and assigned to protect and guide us, boyyyyyyyy do they ever seem to fall down on the job a lot, off there hobnobbing as they do with Hansel and Gretel and the Easter Bunny.

But Brodsky goes right past the myth and makes a beautiful pitch for actual, in-the-flesh angels, the kind that really do exist, in human form, with the evidence all around us in the inexhaustible goodness and charity human beings show each other in every place and time.

A neighbor of mine recently lost his wife of 50+ years, the wound fresh and deep as he fought—and lost—his battle with tears in recounting for me her last days. Then I asked about his two daughters, and everything about him momentarily brightened. “They’ve been angels,” he said. “Just angels.”

And so they have.

Well, yes—a whole lot more literally than the kind we read about in various scriptures. “A spiritual being believed to act as an attendant, agent, or messenger of God, conventionally represented in human form with wings and a long robe,” my dictionary tells me.

Except for the wings and long robe, my neighbor’s daughters—and so many others around us every day—truly are “attendants, agents, or messengers of God,” inasmuch as they exemplify the love, care and compassion that are at the core of godly attributes in virtually every religion.

So if you enjoyed all that, a bonus below. (And if, like Brodsky, you’re a baseball fan, too, find his “Letters in the Dirt” and “Doc No-No” on You Tube, one-of-a-kind songs both…)

6 comments to Brilliant Songs #6: Chuck Brodsky’s “We Are Each Other’s Angels”