Call of the Wild (Within): Carl Sandburg’s “Wilderness” 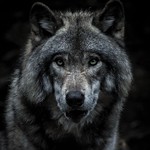 Grrrrrrrowwwwwwwlllllllllroarrrrrrrrrrr!!!! The wildness echoes through prairies and canyons, carries over hillsides and frozen peaks, through churning waters that send chills down spines as it reverberates to the very ground of being and splays out an inherent threat to destroy all in its path.

Loosed from any chains of decorum and constraint, it is capable of cold remorseless cruelty, impervious to the call of conscience and mercy, subject only to its primitive need for survival, sustenance and the dominance its genetic coding compels it to maintain.

It is wolf, it is fox, it is hog and fish and baboon and eagle.

And as plain-spoken American poet Carl Sandburg suggests in his seminal, heavily anthologized poem, “Wilderness,” it is also us.

Nicely clothed, carefully coiffed, artificially scented and politely mannered humans, kin to creatures large and small, in something less than full possession of a largely suppressed and jailed part of ourselves that we do well to have at least a passing acquaintance with if we are to successfully manage its occasional, sudden escape into the light of day. 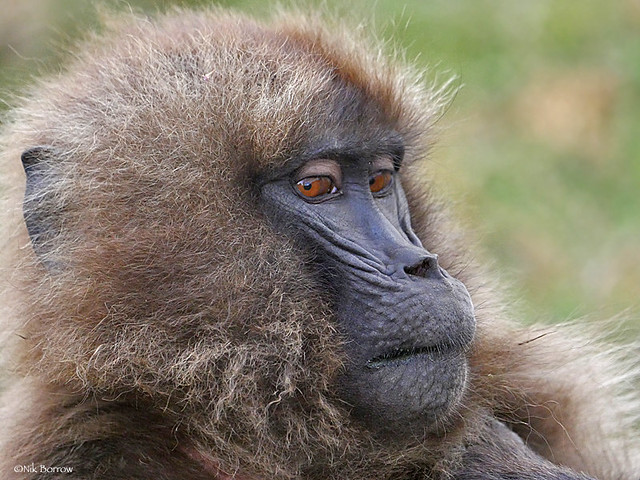 When I lived in California, I made a regular habit of escorting insects, spiders, and various belly-crawling creatures out of my house where they had sought either food or warmth or refuge from predators.

No foul, no harm; live and let live some more. (Fleas and mosquitos were notable exceptions.)

What surprised and impressed me about it was the violence with which Sally went about her self-imposed extermination task.

After I moved to North Carolina, I was on my dear gentle friend Sally’s screen porch one night when I spotted a large beetle-like creature moving about. I immediately looked for a paper towel or jar with which I could momentarily snag it before releasing it out of doors.

Suddenly from behind me, an urgent shriek:“WHAT ARE YOU DOING?”

It was Sally, in decidedly ungentle tones. I began to mumble something about freeing the little guy, but Sally was already stomping on it like a mother who had just seen a python creep up on her toddler. One squishy glob underfoot later, she bellowed, “That’s a cockroach, and you need to kill every one of them!”

In my defense, I was from California, where cities and waves and fires and traffic jams can grow completely out of hand, but cockroaches, never. But that’s not the point of this story.

What surprised and impressed me about it, besides the revelation that so-called “palmetto bugs” (just another form of cockroach, super-sized) could grow that large in this part of the world and make occasional visits to every domicile, from the lowliest shack to the loftiest mansion, was the violence with which Sally went about her self-imposed extermination task.

Sally vs. Roach, mano a mano. In  that moment, nothing else existed but her foe and the enormous shot of adrenaline pouring fuel into her fury.

I was reminded of that mere months ago when I went to my kitchen in the middle of the night for some water. Flicking the light switch, I beheld two no-doubt close cousins of the Sally-vanquished roach dive behind a bowl and other counter bric a brac, seeking cover.

As I slowly—one tortured sliver of an inch at a time—moved each item to get an angle on them, they suddenly made a fateful dash for safety and I became all action, clattering, pounding, lunging, missing, palm whacking, connecting, my heart racing, my teeth gritted, finally one of them stunned, one dead, me snarling, “Bastards, you goddamn bastards!”

Then I jammed a paper towel hard on the stunned one, swept up the other, curled the towel into a ball, noted my rapid breathing, and held my trophy in a tight grip before dumping it in the trash, relishing the clean sweep I had made in a dark game, king of my jungle, beastly overlord, a veritable killing machine sprung to action in the deathly quiet of night.

“Wilderness” comes right out of the blocks being what it is, the first line proclaiming boldly, knowingly, “There is a wolf in me….”

Lethal, cunning, all business, that business being the hunting of prey and the violent tearing of flesh it requires for consummation. Sandburg accepts this as a feature of his humanity, our humanity—“because the wilderness gave it to me and the wilderness will not let it go.”

How could it? Not that humankind hasn’t refined itself, transcended to a great degree its baser instincts. But one need not look far for evidence that our wolf lives in a thousand sublimated—or not at all sublimated, thank you, Mr. Putin—ways, fueling aggressions micro and macro, physical and psychological.

It’s elemental to the human story because it is a living part of our nature, and looking it square in the face helps us keep it in its place. (It also lets it loose when we need it, either in defending ourselves or in overcoming inhibitions in a healthy, cathartic way; think Prince singing, insisting, “Let’s Go Crazy.” )

Sandburg renders the story beautifully. Let’s read it before closing with a few additional comments.

There is a wolf in me…fangs pointed for tearing gashes…a red tongue for raw meat…and the hot lapping of blood—I keep this wolf because the wilderness gave it to me and the wilderness will not let it go.

There is a fox in me…a silver-gray fox…I sniff and guess… I pick things out of the wind and air…I nose in the dark night and take sleepers and eat them and hide the feathers…I circle and loop and double-cross.

There is a baboon in me…clambering-clawed…dog-faced… yawping a galoot’s hunger…hairy under the armpits… here are the hawk-eyed hankering men…here are the blonde and blue-eyed women …here they hide curled asleep waiting…ready to snarl and kill…ready to sing and give milk…waiting—I keep the baboon because the wilderness says so.

O, I got a zoo, I got a menagerie, inside my ribs, under my bony head, under my red-valve heart—and I got something else: it is a man-child heart, a woman-child heart: it is a father and mother and lover: it came from God-Knows-Where: it is going to God-Knows-Where—For I am the keeper of the zoo: I say yes and no: I sing and kill and work: I am a pal of the world: I came from the wilderness.

It’s not that our wolf, baboon and eagle rule over us. A good part of the time they are dormant or tame, under the sway of civilization and culture, rendered gentle and even loving and generous by our “Chattanoogas of hope” (memorable phrase!) and  “man-child…woman-child heart.”

Not to mention “the blue Ozark foothills of my dreams.”

We are, after all, “the keeper of the zoo,” and that comes with responsibilities for keeping order, not letting the animals residing with us overrun our domain. We are the deciders of the “yes and no,” and this half-chilling litany comes along with that responsibility: We “sing and kill and work.”

Often all in the same day, sometimes the same hour.

Still and all, there is little reason not to be “a pal of the world.” How could we not be, coming from that very world as we do, with its wilderness that we call upon still, right along with our gentility and sentiment and care, all of that and much more calling upon us to live into by turns, but to always give it its due.

3 comments to Call of the Wild (Within): Carl Sandburg’s “Wilderness”