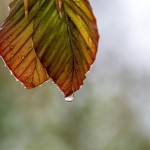 The movie follows an investigative journalism team for the Boston Globe that in 2002 pursues an appalling story of widespread sexual abuse by Boston-area priests. The case ultimately spans many years and many priests (some 250), who rather than facing criminal charges and defrocking, were simply and systematically moved to another parish or else placed on long-term “sick leave” until the diocese considered it “safe” to move them again.

Sadly, the Boston diocese was hardly alone in these actions, a fact made clear at film’s end, when a long list of dioceses across the nation where sexual abuse and cover-up has occurred scrolled darkly across the screen.

Like all good exposes, the Spotlight story gets peeled slowly, revealing itself layer by layer as a team of determined reporters keeps researching documents, interviewing subjects, and pursuing one lead to the next in a textbook case of how good journalism gets done.

The fact that the movie script is true just about down to its last details (much to the relief of the real-life journalists) simply adds power to the narrative drive of the story, even though it has been criticized in some movie-making quarters for not taking more liberties in order to increase dramatic tension.

An example: though most of the journalists had Catholic religious upbringings, none of them were any longer practicing. Nor had any been victimized by clergy. However much trumping up such factors may have added to the drama, we should be thankful to director Tom McCarthy for sticking to the facts alone, in which there is drama by the bushel. 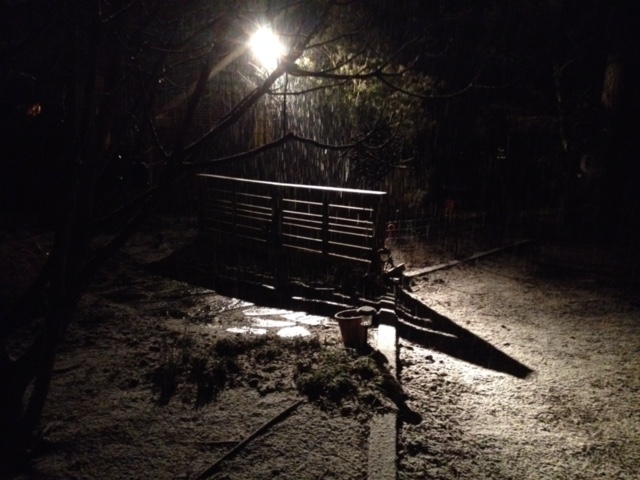 Indeed, McCarthy may be the first director in history to make gazing at an Excel spreadsheet the cause of moviegoers’ hairs standing on end. The pivotal moment reveals to reporters in simple dramatic detail the startlingly long list of priests’ names that speak to the unspeakable quantity of horrors they visited upon innocent children.

There is tremendous dramatic tension, too, between the individual stories of each and every victim and the larger institutional story of cover-ups at the highest level of the church.

From the beginning, the investigative team must balance the desire to let the individual tragedy of each woebegon victim be shouted out to the world, their priest perpetrator exposed, with the need to keep the story under wraps while pursuing the far larger saga that would reveal the pervasive systemic cancer at the heart of the institution.

Given the scope of the abuse and the willful ignoring of it by the church, it would have changed little to prematurely reveal an individual priest perp. The church could have simply acknowledged and branded him as a renegade evildoer, banishing him and offering desultory mea culpas before going back to business as usual, that business being to protect the church’s behind at all costs.

“We need to focus on the institution. From the top down,” says the paper’s new editor, just in from Miami, who just happens to be Jewish and none too cowed by the vaunted institutional power the church holds in largely Catholic Boston.

Just another individual priest caught with his hands down a boy’s pants or up a girl’s dress? That would not do. There had to be bigger fish to fry, the editor knew, or the story would create but a brief stir before ultimately being buried in five inches on page B-11, with life (and the rape of children) going on as ever. 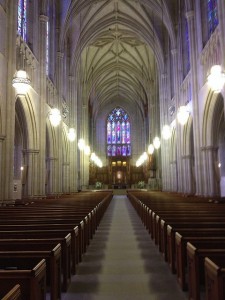 Pursuing the story to its end, however, was fraught with roadblocks, the largest and most fortified of those being the church’s long and entrenched history as a Boston powerbroker, social icon, community resource and spiritual haven for a 2,000-year-old tradition. And when that church is threatened, what most arises in response is its will to power and desperate grasping for survival, personified in wink-wink, go-along-to-get-along fraternal relations between its small army of lawyers and all those who might be in position to do it harm.

“We’ve got two stories here,” says the investigative team editor to one of the reporters.  “A story about degenerate clergy, and a story about a bunch of lawyers turning child abuse into a cottage industry.”

Those lawyers had managed for years to keep abusive priests and their knowing superiors almost completely out of the papers by negotiating private, sealed settlements with the few victims who had summoned the gumption and fearlessness to step forward. Through a legal plot twist, however, it turns out that some records are unsealed after all—or are supposed to be.

This sets up the following, almost surreal exchange between a reporter and a victim’s attorney:

Reporter: “So I can just walk into that courthouse right now and get those documents?”

Attorney: “No, you cannot. Because the documents are not there.”

Attorney: “I know I did. But this is Boston. And the church does not want them to be found. So…they are not there.”

Reporter: “So you’re telling me the Catholic Church can remove legal documents from that courthouse…”

Like so many of the church’s otherwise well-intentioned defenders in this sordid spectacle, its attorneys are upstanding pillars of the community. “This is the church,” says one to the team’s editor as they both attend a church charity function. “Look around. It’s done a lot of good for the city.”

Later, the editor confronts the same attorney with an avalanche of further damning facts, at which the latter spits out, emphatically, desperately, “I was doing my job!”

“You and everyone else,” the editor mutters in return. One can hear the ghosts of Adolf Eichmann and all the other educated, Mozart-listening German officers only doing the jobs that their fuhrer required of them. 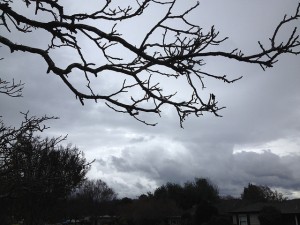 Among its many virtues and challenges, Spotlight addresses the conundrum of the individual versus the collective. The church’s logic is clear: it does a lot of good for people and society, performing many admirable works, answering deep spiritual needs, so its occasional violation of individuals must not only be understood and accepted by society, but also swept under the rug, lest it harm people’s faith in the church and thus lead to its demise.

This is the cold logic of the institution devoted primarily to its perpetuation rather than to the individual souls of which it is the purported shepherd. But it doesn’t wash.

It can’t wash in any version of Christianity that adheres to the morals, ethics and heart of its namesake.

“As you have done to the least of these…” said Jesus. “Not a sparrow falls…”

Christianity, probably among all religions, is most devoted to the salvation of every individual soul. Buddhism and Hinduism are ultimately drained of the personal, Islam is top-heavy with the individual’s cowering before God and his countless edicts, but Christianity posits the uniqueness and eternal value of individual beings, and carefully proscribes the regard and identity they hold in the eyes of God. And the tradition’s central myth has God sending and sacrificing his only son to earth in order to fully experience and identify with his flock.

So: given the empathy engendered by God’s sacrifice, the religion grown under his son’s name is to rob individual children of their innocence and, in many cases, their emotional health and even lives, in order to sustain the life of the institution?

Not in any book or sermon ever offered up on Christianity’s behalf.

The fact that the church fought so hard for so long, employing cunning and craftiness and no small amount of their devotees’ money to hire the high-priced legal teams that would do its bidding of cover-up and concealment, stands as a damning fact it has been facing with rare openness during the pontificate of Pope Francis. That spirit of humility, and at least verbal commitment to future zero tolerance and transparency, is perhaps an encouraging sign. We shall see. 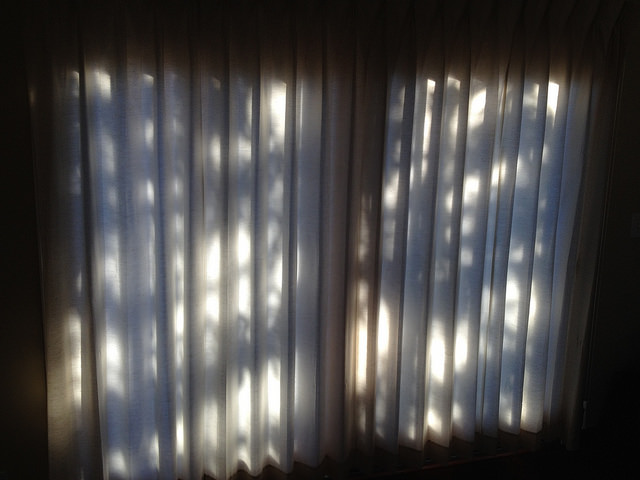 And it should perhaps be encouraging for the church too, that having inflicted such grievous, soul-robbing damage on its flocks, many of whom have long since fled, it yet retains a mysterious grip on millions of people worldwide. From the ashes of so much destructive fire, Pope Francis has a seemingly unparalleled power to reset the table, restart the conversation, and perhaps reignite, yet again, the hearts of followers who hunger still for the succor and nourishment that a spiritual community of deep tradition and ritual can provide.

That is mysterious and perhaps irrational and naive on the part of its adherents, but here the church still is, harboring some latent majesty that manages to rise—albeit sometimes barely—above an often dismal history.

One can only hope this is the kind of movie that would not need to be made in years hence. “Nothing to see here, move it along,” goes the old line from the policeman keeping the citizenry’s eyes averted from what is actually plenty to see, in often gruesome but oddly compelling detail.

Do we dare wish that at some point in humankind’s less fallen and less repressed future, there really won’t be anything to see—or to cover up—in people’s most cherished and trusting interactions with their spiritual mentors and homes? 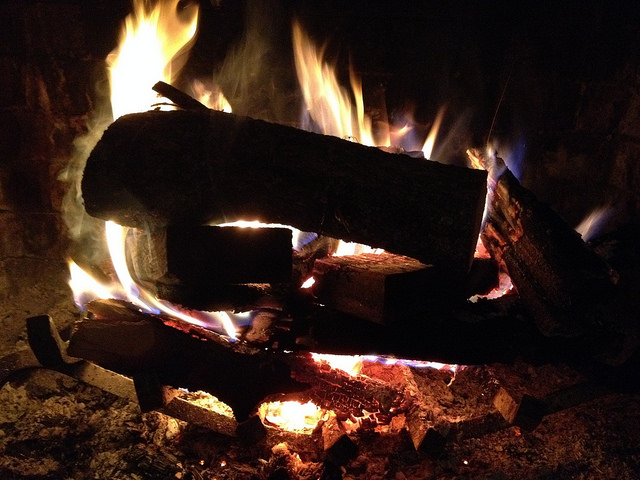 All other photos by Andrew Hidas, some rights reserved under Creative Commons licensing, see more at:  https://www.flickr.com/photos/93289242@N07/

5 comments to Catholic Priest Sexual Abuse and Its Cover-up: A Review of “Spotlight”