Choosing Hope Amid the Heat of Global Warming 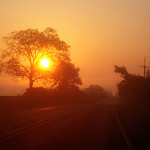 It seems to me our wounded planet is a perfect and inevitable reflection of our own woundedness as human beings. As goes the inner, so goes the outer.

We are flawed and confused, we want conflicting things. In the developed world, we want to drive our fossil-fueled cars to the protest against fossil fuels. Even the most conscientious of us, living by the most modest means, outdo all the kings and queens of history, consuming massive amounts of natural resources compared to our ancestors and the entire third world today.

Yes, we are all part of the problem. All that messiness with Adam and Eve, banished from their perfect garden into a world of conflict, fallenness and self-destruction? That is us—the Christian myth has it exactly right.

Now: Let us all take ourselves a deep breath. Because if there’s anything I’m growing really impatient with, it’s finger-wagging doomsayers upbraiding humanity for all its sins. (Or at least everyone else’s sins—the beam is usually in the other guy’s eye, bringing our planet or nation to ruin.)

I’m tired of being angry and scolding. There is a time and a place for riding the energy of anger. It can be an effective goad, a call to action. But anger gets us only so far.

The trick is to sound alarm bells without making them screech, because people just tend to plug their ears in response.

Being pissed off all the time about the world going to hell in a handbasket is not a viable life strategy. It leads to a jaundiced view of our true condition, which is always a mix of the beautiful and the absurd, the urgent and the languid, the profound and the silly.

To which the proper and helpful response is tenderness, encouragement and hope, not self-righteousness and doom. We are fallen, yes, but the task is to right ourselves every morning. 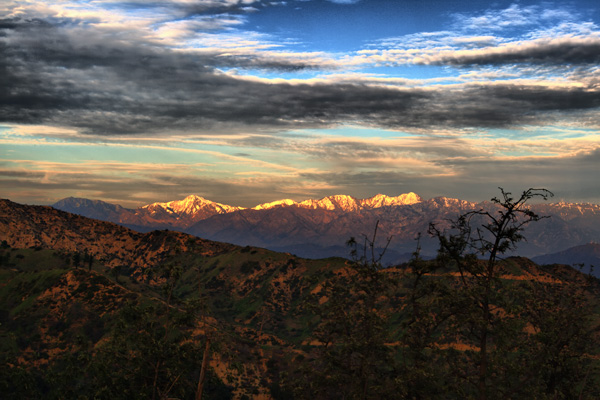 We’d run around as kids do, but by afternoon, we could take only half a breath before being stopped short by a sharp pain in our lungs.

It rather amazes me I’m still alive to tell about it today, given that I was at least a three-pack a day smoker as a child.

So let’s fast-forward more than 50 years. The L.A. population has probably tripled, along with everything else—cars and factories among them. And the crazy thing is the air is far cleaner than it was then. “Hey, L.A. has mountains—who knew?” It was often hard to tell in the past.

So it seems we’ve figured a few things out since then. We’ve got that human ingenuity thing going, and it’s a powerful force.

Make no mistake, though: We are in a heap of trouble.

But human beings have always lived under heaps of trouble. Potential doom dogs our very lives, but we go about them anyway—because a certain amount of denial is built into the very structure of life if we want to get up and going in the morning (and the evening, too). 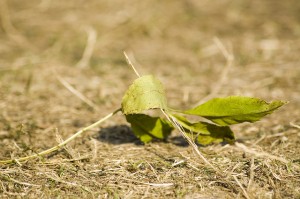 We get all over Nero for fiddling while Rome burns,  but regard the musicians of the sinking Titanic as stoic, live-for-the-moment heroes. But we should all be fiddling like mad at least a portion of every day, as if we’ve got all the time in the world. The trick is to sound alarm bells without making them screech, because people just tend to plug their ears in response.

Looking through history, it’s impressive how we’ve always managed to scratch our way forward, relying on our adaptability, pluck, and dead serious commitment to make our own lives and the lives of our children better.

And though the amazing job we’ve done with technology and industrialization over the eons has actually brought about many of our environmental problems, I’m convinced that technology is also going to save us—or else.

And yes, I know: it may just be or else.

This global warming thing may finally be the pin that gets pulled on the grenade that renders all our previous doomsaying as mere chatter.

But this much I know: We are not going back to living six people to a cave and bathing in the stream once a week. At least not voluntarily. And for all of our faults, humans are amazing problem-solving animals: nothing else in all of God’s creation loves a good thorny problem like we do!

So that’s where I’m casting my lot—we’ve led ourselves into this mess, and we’re going to lead ourselves out of it!   (I hope, therefore I am…)

Yes, there may be mass casualties along the way; we may suffer severely for all our foolishness. But how is that any different than all the self-imposed calamities that have dogged us in the past?

Perhaps countless more people will die in one way or other from global warming than have ever died before; I don’t know. That’s certainly a possibility, if the scientists are to be believed. (And in the realm of “What I choose to believe,” I am far more inclined to take heed of scientists than, say, a senator from Texas or Oklahoma.)

That said, Europe was in a heap of trouble during the Black Plague, the American death toll of 620,000 in the Civil War was equivalent to 6 million dying today (can you just imagine the headlines and breathless television coverage?), and those 200,000+ vaporized souls in Hiroshima and Nagasaki would have loved to live long enough to ponder the vexations of rising seas.

So in one form or other, challenged and devastated though we may become, I am choosing to live in hope that humanity will prevail and get through this, too, as we have every other calamity that has confronted us and called upon both our worst and best selves over the eons.

Sure, that hope—buttressed by doing what we can to support and work and vote in accord with the challenges posed by global warming—may be reducible by cynics and doomsayers to mere delusion.

But for the very life of me I can’t help but ask: Exactly what other choice do we have?

Some worthwhile fiddling here, I think…

If you’re on Facebook, you have a standing invitation to check out this blog’s public page there for daily 20-second blurbs of wisdom and other musings from the world’s great thinkers and artists, accompanied by lovely photography. http://www.facebook.com/TraversingBlog

Deep appreciation to the photographers whose talent does so much to dress up these pages:

Elizabeth Haslam, for the rotating banner photos at the top of the page. Some rights reserved under Creative Commons licensing, see more at: https://www.flickr.com/photos/lizhaslam/

5 comments to Choosing Hope Amid the Heat of Global Warming