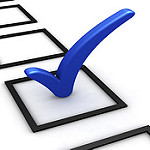 And the fastest growing (political) party preference of the voting population in California?

Well, it’s not the Methodists and it’s not the Republicans, and you probably knew that much already. But would it surprise you at all that the answers are “no-religion” to the first and “no-party-preference” to the second?

If you figured as much, you’ve got your finger on the pulse of an important development in our cultural and civic life. One that helps explain, at least to some degree, the continuing and somewhat confounding relevance of Bernie Sanders and Donald Trump in the current presidential primaries. (More on that below.)

The no-religion “nones” have been noted for some years now in the Pew Research Center’s regular surveys of religious life in the U.S., but even the authors of the latest snapshot in May, 2015 seemed surprised at its dramatic growth:

“Religious ‘nones’—a shorthand we use to refer to people who self-identify as atheists or agnostics, as well as those who say their religion is ‘nothing in particular’—now make up roughly 23% of the U.S. adult population. This is a stark increase from 2007, the last time a similar Pew Research study was conducted, when 16% of Americans were ‘nones.’ (During this same time period, Christians have fallen from 78% to 71%.)”

Although nones are growing across every age, race, ethnicity and gender, the largest contingent by percentage is in the “Millennial” generation—those born between 1981-1996. An astonishing 35% of them now profess no-religion, which is not to say, however, that they are screaming atheists devoid of religious or spiritual sensibility.

And this is where the matter gets even more interesting and revealing, in my mind, of how and why institutional religion is waning in the modern world. 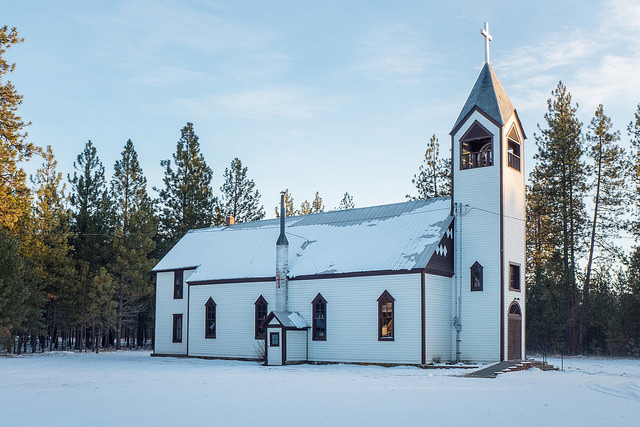 So consider: Not only did both major parties decline in the past four years (albeit the Dems only slightly) while no-preference increased, but no-preference is now giving Republican registration a run for its money.

That spells bad news for the Republicans, but even more important for purposes of this discussion, it marries up with the rise of the nones to suggest something profound is happening in our religion and politics.

It doesn’t wash for them, doesn’t pass the basic sniff test, that so much of the rest of the world outside their own is mistaken about the nature of ultimate reality and about how to construct a just society.

Does it mean religion and politics are on the wane? Only partly.

The Pew data tell us that 70% of Millennials still “believe in God, a higher power or transcendent life force,” but on the dismal side, only 19.9% of them took the trouble to vote in the 2014 mid-term elections. Is that because they don’t care?

No, said a Tufts University-based center that studies civic engagement.

It’s just that 75% of them “don’t think that politics as usual, which is voting, is an effective means of changing society.”

That would seem to bode ill for our democracy at large, never mind our political parties.

But it gives an indication, I suspect, of how sick unto death our young people—but not exclusively young people—are becoming at the nonsensical, irrelevant, shrilly partisan dogmas spouting from the lecterns of our politicians, and, looping back to the rise of nones, from too many pulpits in the land, as designated representatives of dogmas and creeds reveal themselves to be increasingly tired and untenable in modern pluralistic societies.

Learned theologians and insistent politicians can construct all the elaborate scaffolding they want about why God smiles especially on their religions or political parties (on much of the right wing, it can be difficult to distinguish one from the other), but today’s young people, exposed early on to the pluralism of a radically interconnected world, just don’t see it as matching their reality.

It doesn’t wash for them, doesn’t pass the basic sniff test, that so much of the rest of the world outside their own is mistaken about the nature of ultimate reality and about how to construct a just society.

For her upcoming book, “Choosing Our Religion: The Spiritual Lives of America’s Nones,” religion scholar Dr. Elaine Drescher traveled the country conducting in-depth interviews with more than 100 nones. One 33-year-old woman and self-identified none from Hawaii told her:

Though a case can certainly be made that in-depth observance and involvement in one tradition, whatever it is, can have great benefits (in great depth there can also be great breadth), the woman’s question just hangs there unanswerable by anyone who clings to exclusivist dogma.

This, I think, is the great rebellion we are seeing in our religion and politics both.

The nones and no-party cohorts have run out of patience and grown increasingly intolerant of intolerance, of the shouters, the chest-thumpers, the dogmatists and bellicose exclusvists saying there is one way, their way, to do politics and religion and culture, and everyone who doesn’t do it their way is suspect, wrong, of the devil, to be resisted at all costs on every front—even if it means the country stays politically gridlocked and religious wars never end. (See: “Tea Party”; “Arab-Israeli conflict”; “Sunni-Shia history,” etc.) 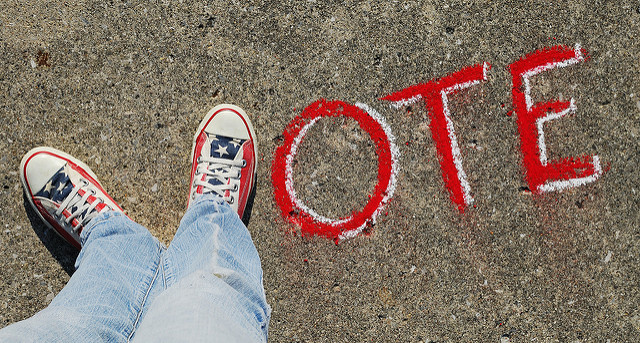 For all of Donald Trump’s absurdity and tenuous relationship to facts or basic decency, what is perhaps most important about his appeal is that he is neither exclusivist nor a dogmatist. The fact that he appears to have zero by way of core principles is not the point at this time in this country; in a perverse way, it actually serves his cause.

“Look where all these rigid core principles have landed us!” many of his supporters cry.

Trump is simply one symptom of a yearning to break partisan gridlock by getting a “doer” into office who is committed and conditioned to “do something” instead of sitting there with jaw clenched determined to do nothing.

Business people never make investments of time, money and energy so they can stand around and watch nothing happen, and that has been the story of American political life in recent decades. Voters are figuring that Trump will at least try to do something, to which all labels and ideological positions take a distinct back seat.

And do we need more evidence that labels and affiliations are becoming almost a liability in this country than the fact that Bernie Sanders, an avowed socialist (socialist, socialist, socialist!—used to be an epithet, didn’t it?), remains a serious candidate for president of the United States?

A socialist saying serious things about what’s wrong with and how to fix our country?

And if by some miracle Sanders snags the nomination away from the well-oiled candidacy of Hillary Clinton, he would almost certainly make a contest of it with whomever winds up winning the Republican nomination.

So there you have it: two nominally religious figures, one a socialist, one a businessman with zero political experience, upsetting the whole apple cart of an election to fill the most powerful position in the world.

(Blessed to live in such interesting times, yes?)

Perhaps we are, for better and worse but very possibly for the better, moving inexorably, with great longing, toward a  post-dogma, post-partisan religious and political era in this country. And all the strangeness and dislocation we are experiencing now may turn out to be the price we pay for that dramatic change, the icebergs of tradition groaning and cracking and causing huge shudders to ripple through the culture.

Getting us, at long last and perhaps at great price, to the place we are yearning and needing to go.

A provocative video take here on an iconic song—enjoy!

Please visit this blog’s public page on Facebook for daily snippets of wisdom and other musings from the world’s great thinkers and artists, accompanied always by lovely photography. http://www.facebook.com/TraversingBlog

5 comments to Done With Dogma: The Trend Toward No-Religion, No-Political-Party