What a week. I went to bed (very) late Tuesday night feeling disconsolate, woke a couple times to take a peek at my phone, put my head back under the pillow wondering whether it was possible to keep it squeezed hard enough to succeed in self-suffocation, awoke just a bit later having not tried to find out, then felt even bluer in cranking up my laptop and observing the yawning vote gaps separating frontrunning Donald Trump from Joe Biden in key battleground states, including my own here in North Carolina.

“Is this really happening?” I asked myself and the fates themselves. “Could it be?”

Already, my mind was projecting darkly ahead, wondering how the country would survive four more years of this horror show, and what I would do with the despair already wrapping itself around my insides, like a snake set to slowly squeeze the life out of me.

“Big hill to climb for Biden. Possible he’ll eke it out but I wouldn’t bet money on it.”

I texted that to my daughter in California at 8:56 a.m. EST Wednesday morning. (She works the graveyard shift, and had been up for hours.)

She advised me: “Don’t give up hope!”

Oh, the optimism of youth!!

But it seems to me that the whole issue of Trump critics not understanding his voters has always needed to be turned around and asked of them on one overarching issue that dwarfs all others: Doesn’t character matter?

By 9:22, however, I had noted fresh vote totals, computed electoral votes in the quartet of battleground states still at issue, and realized that if clear trends held in just two of the four, Joe Biden would be sworn in as president of the United States come January.

“Say what?” I asked myself, checking and rechecking my figures before madly texting them to my daughter and some friends I figured could use the bucking up.

Although I would normally regard “cautious elation” as a self-canceling phrase, I will submit that as an accurate depiction of what I was feeling by then.

I also noticed the caution receding in small increments hour by hour over the subsequent days, even as the condition known as “2016 PTSD” served as a brake on a complete surrender to euphoria.

Until yesterday morning at 11:34 a.m. EST, that is—when CNN called Pennsylvania and the presidency for Biden and we popped open a bottle of champagne to celebrate what felt more like absolution for the very soul of America than it did an election result. 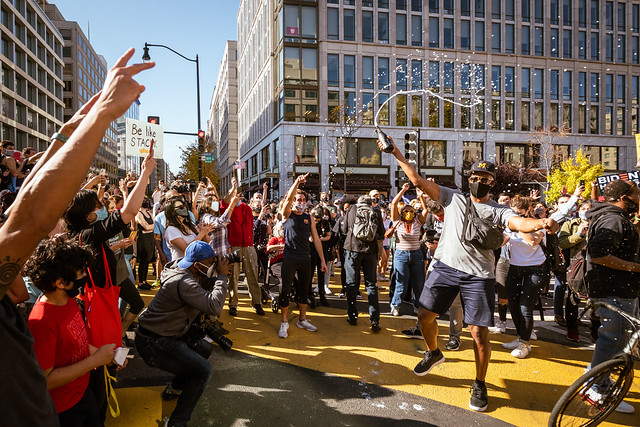 And just underneath the elation—a sense of exhaustion. A desire to have this man and all he represents out of the office he has soiled so wantonly, at such cost to Americans’ relationships with each other and with the larger world.

Also out of my life, out of my head and the heads of nearly 75 million of my fellow voters who turned out in record numbers after having watched in alarm and dismay as he and his minions had spent the past four years setting fire to every democratic institution, protocol, and code of decency that our country has so laboriously constructed through the turmoil of our founding and the drastic challenges it has faced and overcome since.

It’s a long list of assaults, led by his sustained efforts to destroy every person and institution who would not be bent to his will and pledge him their undying loyalty.

That has always been the litmus test for all those come into his orbit, be they directly subordinate cabinet members and staffers, civil servants, or the Republican legislators whom he tried and mostly succeeded in making subordinate to him rather than another independent branch of government.

In his dreams of being all-powerful, he thought such blind loyalty should also include the judiciary branch, whom he continues to hope will find merit in his baseless, legally meaningless pursuit of redress for the plain fact of losing a democratic election. No doubt he will consider all of them backstabbers once they refuse to do his bidding, just as he has every semi-independent voice over the past four years who saw fit to take seriously their oaths to uphold the Constitution rather than the craven desires of a would-be king.

In his dark and quarrelsome mind, always, in every case, his failures are due either to a would-be ally betraying him, or enemies cheating him out of what is rightfully his.

So: the persistent and troubling question now echoing around the world: How is it possible, after all we have observed about this man’s character and the obvious destruction he has levied upon the well-being of our country, that upwards of 70 million American voters wanted four more years of not only the same, but even the worse that would have been sure to come?

Liberals, moderates and even many disaffected Republicans have spent the past four years hearing they needed to work harder to understand the cries of Trump voters, how the system had not worked for so  many of them, how they felt the country’s problems could only be tackled by a wholesale upending of our calcified power structure.

Fair enough. Systemic ills abound in every country, made up of imperfect human beings as they are, and democracies are hardly immune. Clearly, we have work to do, and it will be ever thus.

But it seems to me that the whole issue of Trump critics not understanding his voters has always needed to be turned around and asked of them on one overarching issue that dwarfs all others:

Don’t trust and kindness and humility and compassion matter?

How can you overlook or try to make inconsequential the obvious lack of all those basic character traits in a man entrusted with the welfare of our nation?

Shouldn’t a president be, before and above everything else, as a minimum, baseline requirement, a decent human being? 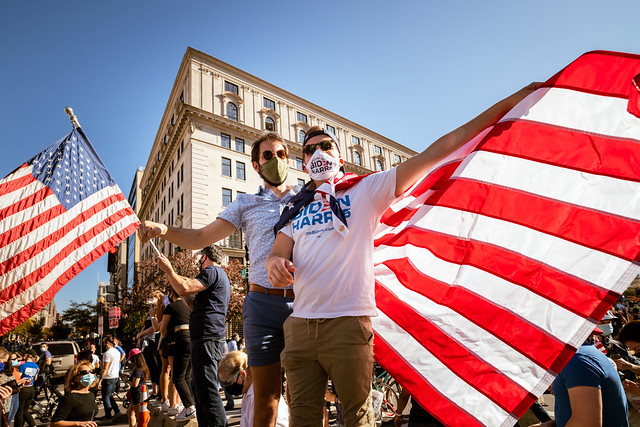 The fact that Donald Trump is not, and never has been, a decent human being, and that 70 million voters refused to see that all too transparent fact, or did not regard it as a problem, or laughed it off as a mere quirk, or, in the case of a not inconsequential number of them, identified with that indecency and used it to amplify their own, is the great unresolved issue of the 2020 campaign, it seems to me.

And I still do not understand, and likely never will, how it is possible that many decent, loving people I know are among those 70 million.

Perhaps it will remain an enduring mystery even to themselves.

What I do know today is that an even greater number of Americans (74 million and counting) have now called a halt to the dispiriting spectacle of the Donald Trump presidency, and have made an emphatic statement that character does matter, honesty does matter, that we desperately want and need our leader to be a person of basic integrity.

All manner of policy differences can commence to be hashed out from there, often, as befits a democracy, in highly contentious terms.

But without a baseline level of character and decency, honesty and civility and trust, we can’t even begin to discuss them—and they won’t make any difference anyway. You can’t wring decent output out of indecent, corrupt input.

Meanwhile, I already feel less exhausted and more elated, albeit more quietly, today than I did yesterday.

That’s a most welcome start for me on the next four years.

17 comments to Elation and Exhaustion