Four Puccini Arias To Die For (a Thousand Times) 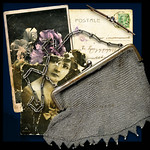 No, the world will not be saved from its suffering, no matter the tireless efforts of peacemakers and people of goodwill to bring about, finally, the kind of heaven, or at least a sense of repose, to the earth that its human inhabitants have always dreamed and written and sung and painted about. But as we have seen countless times before, there can be great nobility in that suffering.

That does not mean we suffer any the less, nor that we have the final word on tragedy or the last laugh on oppressors who visit terrors upon us.

But it does mean that within our travails, whether in love or war or both, we come to a deeper sense of all that is life, all that is death, the whole riddle wrapped in the enigma and rolled into the package that presents itself to us upon birth and proclaims, “Here, make something of this, if you will, if you can, though suffer you must…”

Perhaps no art form elaborates upon the depths of that suffering as does opera. 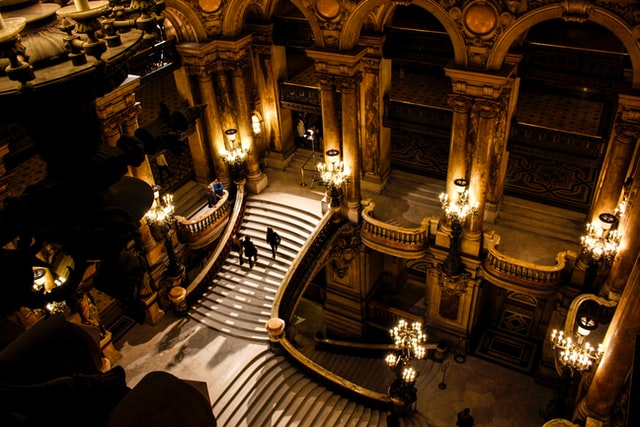 Not every opera, of course. There are comic operas that explore those other powerful human experiences: absurdity and laughter. But even those are characterized by the florid expressions and emotionality that startle us so when we first come across opera.

With its grand, hyperbolic gestures of deep feeling, torn hearts and shattered dreams, punctuated by otherworldly voices pushing the outer limits of lung capacity and tonal control, opera can be off-putting to otherwise thoughtful and cultured people who recoil from its overabundance of emotion—as if it’s unseemly to blubber on quite so extravagantly about one’s bruised and bleeding heart.

We see in these words a classic example of opera librettos never aspiring to great literature, but relying instead on the purity of expression that great singing and staging can bring to even the most commonplace lyrics.

But I think that objection is to quite miss the point, leading to its own mini-tragedy of those people denying themselves the fulsome artistic and spiritual pleasures of an art form that pushes feeling, expression and the human voice to their absolute maximum and makes no apologies for the effort.

Because really, absent a kind of pathological self-oppression, all of us who have ever suffered tragedy, whatever its source, have broached the depths of feeling we observe in opera. Deep inside ourselves, we are all subject to the torment and despair, the temporary near-insanity and desire to wail out our heartache to the world.

If only, at that time, you could manage to raise your voice and sing about it as a means of soothing yourself and enchanting an audience enough to have it hang on your every word of woe! (Your dog doesn’t count.)

Which brings us to the first of four arias from the Italian master Giacomo Puccini. 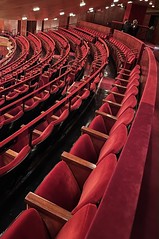 Puccini is generally regarded as second only to his predecessor Giuseppe Verdi on the list of brilliant Italian opera composers. Although some academics grouse that his gorgeous melodic lines pander too much to audiences—as if that were some kind of sin—his operas endure nearly a century after his death in 1924 largely because of their intense musicality.

That also makes them favorites of soloists, whether in operas themselves or in stand-alone concerts.

We’ll stick with opera scenes below to better grasp their staging, starting with “O Mio Babbino Caro” from Puccini’s “Gianni Schicchi” (1918). The opera is interesting partly because this aria greatly eclipses it in acclaim, and because it’s a comedy that is based, in what sounds like a paradox, on Dante’s “Inferno.”

And even with the opera’s comedic backdrop, the aria itself reflects the dead serious longing of a young woman smitten by love and torn by a dispute between her father and her lover’s family that threatens to derail all her dreams.

We see in these words (translated in the You Tube clip) a classic example of opera librettos never aspiring to great literature, but relying instead on the purity of expression that great singing and staging can bring to even the most commonplace lyrics.

Revel now in what the British soprano Sally Matthews does with those sentiments.

The opera world is full of giants—giant voices, giant personalities rising to the occasion of the art form most suited to them.

And so it is with Luciano Pavarotti, a man of mammoth appetites for all aspects of the good life, fully lived.

Here, he inhabits “Nessum Dorma,” from Puccini’s final unfinished opera, “Turandot” (he reportedly died with the nearly complete score in his hands). Pavarotti does so as no one else has before or since, reaching a crescendo of such controlled power as to leave listeners, like Pavarotti is himself, wrung out from the sheer effort they just participated in by simply watching and listening.

“Nessum Dorma” literally translates as “None shall sleep,” a proclamation the hero, Calaf, makes as one of three aspirants for the affections of the highly discriminating Princess Turandot.

The princess does not offer her hand easily. She poses three riddles any suitor must solve, and if they fail, it is off with their heads. (Hey, this is opera, and besides, real life offers up far more wanton cruelty on a daily basis…)

Calaf correctly solves the riddle, though more complications ensue and he poses a riddle back to her in turn, which you can read all about here if you’re inclined. For our purposes, it is enough to bathe in the drama wrought by a voice for the ages, and a song that draws it forth.

No sleep!
No sleep!
You too, oh Princess
In your cold room

No, no, I’ll say it on your mouth
When the light shines
And my kiss will break the silence
That makes you mine

“La Boheme” is perhaps Puccini’s most well-known and regularly produced opera. Its appealing premise follows a group of typically down-and-out young artistic types as they scavenge their way through the streets of Paris circa 1830, living vaguely licentious lives.

Among them is the seamstress Musetta, who is desperate to regain the affections of her former lover Marcello and sings her heart out here in service of that desire.

When I walk
When I walk all alone in the street,
people stop and stare at me
and look for my whole beauty
from head to feet …

And then I taste the slight yearning
which transpires from their eyes
and which is able to perceive from manifest charms
to most hidden beauties.
So the scent of desire is all around me,
it makes me happy!

And you, while knowing, reminding and longing,
you shrink from me?
I know it very well:
you don’t want to express your anguish,
but you feel as if you’re dying!

And now enjoy Italian soprano Adriani Martino in the somewhat turbo-charged dramatic backdrop to this scene as it plays out in a smoky Paris cafe.

In this semi-climactic scene, our hero Cavaradossi is awaiting execution and belts out both his despair at never again seeing his love and his lavish appreciation for having ingested her abundant charms.

“E lucevan le stelle” translates to “And the stars were shining,” not bad words to carry off with yourself as the firing squad lifts its rifles. Pavarotti’s buddy, the estimable Placido Domingo, does the honors here.

Further treachery awaits in yet another twist or two, but at least we know, because he tells us so, that Cavaradossi will die fully in love with the life he now sees as precious beyond words—though not beyond the song that lives forever in the breasts of men and women who have grasped it in full.

We should all be so lucky.

And the stars were shining,
And the earth was scented.
The gate of the garden creaked
And a footstep grazed the sand…
Fragrant, she entered
And fell into my arms.

And now a dollop of Mozart: I think I’d been to only an opera or two before beholding this scene in the 1995 prison buddy film starring Tim Robbins and Morgan Freeman, but it forever cemented my feelings toward opera as an art form of rapture and transcendent beauty…