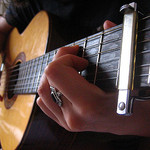 We all have our music, right? The songs to which we came of age, awakened, realized there were deep emotional currents riding along with those tunes and their underlying rhythms. For a while after she first discovered the music of her own time, my daughter and I shared the radio controls when driving in my car: she’d get her girl pop stations on the outbound trip, then we’d switch to my jazz and classical or singer-songwriter stations on the return.

After a while, I realized I was missing out on an opportunity, because to know a girl’s music is to know a great deal of her world, of what makes her sing (and sometimes despair) for that world.

Knowing more about her music meant I could better engage her or at least eavesdrop to greater benefit on her chatter or impromptu sing-alongs with friends. That’s when I stopped insisting on maintaining my half of the radio dial and instead went all in on girl pop, which also entailed bowing to her penchant for incessant station surfing. (Though I have my limits, which include not being forced to endure anything by Miley Cyrus.)

One point I regularly trot out to her on these occasions tends to burst forth as an exclamation, “Man, that could have easily been big in the ’60s, that’s a great song!” (I’m thinking of the searing “Someone That I Used to Know” by Gotye, and the frolicsome “You’re Gonna Miss Me When I’m Gone” by Anna Kendrick, but there are others.)

“Great music is great music; you don’t have to choose either Neil Young or Bruno Marrs or Beethoven,” I proclaim to my daughter as her eyes begin to droop in the passenger seat. “The division is between good music and junk music, and every kind of music has both.” (She appears to have fallen fully asleep by the time I reach the end of that sentence.)

The iTunes Alternative Singer/Songwriter vault seems to focus on fresh faces who were toddlers at most during the Jimmy Carter presidency. Fortunately, it has helped coax me from a cave of Preferred Musical Tastes that adults past a certain age seem to gravitate toward…

This is all by way of lead-in to relating my recent discovery of various singer/songwriters who were not born halfway through the last century or earlier. They have been introduced to me via iTunes Radio, which I now have piping through my earbuds whenever I’m out tending the lawn or raking leaves or traipsing through the park. Oh, those Apple people—another fabulous service, presenting another life marker on the order of the Previously Unimaginable to someone who grew up within a generation or so of commercial radio’s very launch. (I well remember being over the moon when the former boxy radio one had to plug into a socket got transformed into a pocket-sized transistor unit I could hold up to my ear. Humankind, me included, has been growing deafer but happier ever since.)

The iTunes Alternative Singer/Songwriter vault appears not to contain a Gordon Lightfoot, John Gorka or Joni Mitchell tune anywhere inside it, but instead seems to focus on fresh faces who were toddlers at most during the Jimmy Carter presidency. Fortunately, it has helped coax me from a cave of Preferred Musical Tastes that adults past a certain age seem to gravitate toward in deciding they’ve had enough new input in their lives, thank you—they know what they like and they see no reason to consider liking much of anything else.

“Welcome to Fossilville,” goes this approach to aging. “So glad you’ve come to live—and die—among us.” 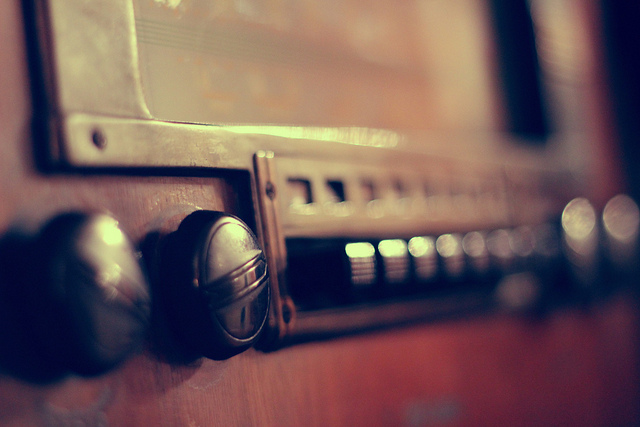 Not sure when I decided to avoid checking in there yet, but here I am, all jazzed up with my iTunes radio.

The nice thing about the essential mellowness of singer/songwriters (and earbuds) is they allow you to grasp lyrics as you’re listening. That wasn’t always the case—well, it was hardly ever the case—with rock music piped through transistor radios, when misheard lyrics dubbed “mondegreens” often resulted in the kind of delicious confusion that had you hearing your partner bellow, “There’s a bathroom on the right!” while singing along to John Fogarty’s observation, “There’s a bad moon rising.”

So, just for fun and potential inspiration and acknowledgement that the kids currently exhausting themselves out there on tour are managing to turn out some deep and catchy and listenable stuff, I’m going to share music and lyrics here from a couple of them I’ve gotten to know. Along with the editorial comment, “Sure, heck yeah, that’s a great song, it woulda been great in the ’60s, too!”

Songwriting strains of Bob Dylan perc through the boyish voice and face of this Santa Cruz mountains mainstay. He’s 34, looks and sounds about 19, but there is no mistaking the seriousness of his artistic sensibilities in lines like:

Preachers on the podium speaking of saints.
Prophets on the sidewalk begging for change.
Old ladies laughing from the fire escape,
Cursing my name.

People walk around pushing back their debts,
Wearing paychecks like necklaces and bracelets,
Talking about nothing, not thinking about death,
Every little heartbeat, every little breath.

In his chorus, he makes a claim I’m not sure he quite believes, his voice seeming to express more a plaintive and wan hope rather than confidence, as you can hear on the video below.

Let us hope this tension—between the ways of the world he observes and the longings of his heart—wrings many more such songs out of him on his visits down Highway 61 and beyond.

Here’s his video, a little top-heavy on the emotional imagery in my estimation, but there’s no denying Mr. Dennen’s ardor and musicality: 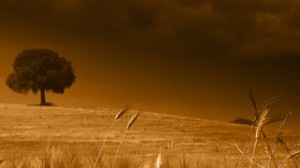 The song title is taken from an actual state holiday in Michigan honoring an immigrant Polish cavalry officer who helped train the ragged colonial troops of the American Revolutionary War. It also appears to be the day Stevens, now 38, lost either a real or fictional lover, which forms the basis of this almost desperate and beautiful song touching on young love, grief, and the nature of divine providence and absence.

Stevens wastes no time getting to the heart of the matter in the first verse:

The song then darts back and forth in time from this stark declaration of his beloved’s illness to the beginnings of their relationship as teenagers under the watchful gaze of her father:

Stevens is a Christian who speaks sparingly of his faith during interviews but also doesn’t hesitate to weave religious imagery into his songs as they call for it. Here, however, he acknowledges the kind of profound humility one would wish to hear more of when believers grapple  (or don’t) with the contradictions of their faith:

Later, something does happen—the devastation of bone cancer takes its natural course, all prayers and beseechings notwithstanding:

Stevens has the kind of pure voice that can evoke both innocence and acceptance of the inevitable. Profound as his loss is in this song, we know he will survive, the consolation of his guitar firmly in hand as he tramps through fields of gold to write and sing his way through his grief. In this song, he also gifts us with lovely ornamentation from an unexpected banjo and trumpet, lending a haunting juxtaposition of almost happy or at least quietly content instrumentation to a surpassingly sad story of loss.

One comment to Grazings of a Music Omnivore: Two Young Singer/Songwriters