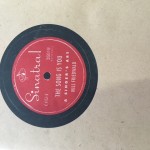 Just one of the notable aspects of Sirius Radio’s channel 71—aka “All Sinatra All the Time”—is that the 24/7 airing of Sinatra songs seems to repeat itself as little as it does. (A small percentage of the tunes are actually sung by “Sinatra era” compatriots such as Bobby Darin, Sammy Davis Jr., Ella Fitzgerald, Sarah Vaughn and other luminaries of what was truly an extraordinary time in music history.)

Sure, you hear “Strangers in the Night” a time or two or three if your station is set permanently to Sinatra on long daily commutes. But far more notable is how many obscure or heretofore unknown songs the station continually draws out from his songbook, leading to the rhetorical question I hear myself expressing regularly to the empty seats in my car, “Is there any song this guy didn’t sing?”

Even more to the point is this add-on: “….and sing really, really well?”

The answer to that add-on question would be an emphatic “no,” one piece of evidence for which is here:

I can’t really say I have been a huge Sinatra fan throughout my life, though I’ve heard plenty of his music over the years and noted with due respect how highly regarded he was in music circles. I always thought Nat King Cole had a superior voice and Bobby Darin swung just as hard, but here’s the salient point about Sinatra that one of his biographers, Will Friedwald, actually teased out about Sinatra’s forerunner Fred Astaire but just as easily applies to Sinatra himself: that he “wasn’t a great voice but was a great singer.”

But we should not let pass the mention of Sinatra’s standing up for and openly playing with a host of African-American musicians in the 1940s and ‘50s when such displays were still greatly frowned upon by many would-be fans in many quarters of the country.

In his voluminous 500+-page biographical treatment that focused almost exclusively on Sinatra’s work rather than the sometimes tempestuous and occasionally tawdry details of his life, writer Friedwald (Sinatra! The Song Is You: A Singer’s Art) goes into exhaustive detail on many salient characteristics of Sinatra’s singing that made him perhaps the central musical figure of the 20th century. Superb composer/arranger/pianist Gordon Jenkins worked repeatedly with Sinatra and scores of others over many decades, and he told a radio DJ this at the time:

“Frank has the finest musical taste that I’ve ever run into…I wouldn’t question this man’s ideas of what’s good and bad in music because I’ve never seen him wrong. Every suggestion that he’s ever made to me has been an improvement.”

Contrary to a reputation he built as a combative tough guy raised on the hardscrabble streets of Hoboken, New Jersey, Sinatra in his professional life was both a commanding presence and a highly collaborative music aficionado who valued and relied on his associates in the crafting of a song while also reserving the right to ultimately do it his way.

Legendary arranger Nelson Riddle was not the first or only vaunted artistic figure to chafe under the “editing” that Sinatra would employ to fashion a song to his inimitable style, and much as he was reported to “hate” the collaboration early in their relationship, Riddle came to concede, Friedwald writes, “that Sinatra’s way was better.”

Sinatra’s charisma and the respect with which his artistic community beheld him is beautifully expressed in this reflection from producer Sonny Burke back in 1965:

“An electrical something or other seems to shoot into the room when he walks in. The musicians, the fans who might be there, and anyone around senses it….everyone has the feeling that something’s about to happen.”

That line put me in mind of a star performer in another line of work who produced the same mystique and electricity by his very presence on the stage: now retired San Francisco Giants home run king Barry Bonds.

Many times in his prime years I noted that no matter what anyone was doing or occupied with in a living room, gym, restaurant or bar, as soon as the announcer uttered, “Barry Bonds now coming to bat,” everyone stopped what they were doing, halted mid-stride across the room, and peered intently at the television.

Purely because Bonds, too, engendered the feeling, “Something’s about to happen.”

Something at least potentially extraordinary.

That something was as much the product of Sinatra’s creativity as it was of his sometimes pugnacious persona. Friedwald notes Sinatra’s penchant for bending and playing with lyrics to serve his own tastes or the inspiration of a moment or mood on stage. This has always been, of course, anathema to hard-working, ardent lyricists everywhere, whom Sinatra respected greatly despite, Friedwald sagely notes, Sinatra’s “apparent refusal to treat the text as a temple that must be treated as sacred.”

(Strict-construction literalists in religion and constitutional law would do well to adopt Sinatra’s more elastic-but-still-reverent stance toward traditional documents.)

This more liberal and free-flowing interpretive approach fit well with the political liberalism that characterized Sinatra’s early life, even though he later tilted decidedly more conservative in embracing his old Hollywood buddy Ronald Reagan’s presidency. But we should not let pass the mention of Sinatra’s standing up for and openly playing with a host of African-American musicians in the 1940s and ‘50s when such displays were still greatly frowned upon by many would-be fans in many quarters of the country. Friedwald again:

“Sinatra was color-blind in pursuit of the players he wanted, long before mixed sessions became socially acceptable or even before the musician’s union was integrated. ‘I think Sinatra never gets enough credit for what he did as far as fighting segregation,’ said background singer Lillian Clarke, wife of the late arranger Sy Oliver. ‘He was really in the forefront.’”

This lovely bit from two of the wonders of their era shows a true artists’ collaboration, all mutual respect and personal regard quite obvious:

One gleans from Friedwald’s words, echoed by many others, that Sinatra was a “perfectionist without sacrificing spontaneity,” that he “sang with the voice of a poet though he talked like a guy from New Jersey,” that he was fiercely loyal to friends and musical colleagues while also knowing he had to continue recreating himself by aligning with new sources of input and inspiration.

All of which is to say that he was a consummate artist, sure of his skills and sensibilities while always being willing to risk for his art.

When I’m riding in the car with my teenage daughter, I occasionally insist on some equal time by having the Sinatra station on for a spell. Then we’ll switch to her station and I’ll sometimes note that I really rather enjoy the song that’s playing. She’s always mildly glad for this, and I no doubt score some points for being a sufficiently “cool” aged Dad to warm up to some of her so-very-with-it contemporary music.

But the more important part is that it allows me to launch in on a long running theme of mine: that music is not nearly as divided as it might appear to be by genres or ages, whether classical or country, hip-hop or rock, folk or jazz.

That there are really only two kinds of music: good music and bad music.

I suspect it will still be considered so another 100 years from now.

Deep appreciation to photographer Elizabeth Haslam, whose photos grace the rotating banner atop of this page. Some rights reserved under Creative Commons licensing, see more at: https://www.flickr.com/photos/lizhaslam/