He Had a Dream: Langston Hughes’s “Let America Be America Again” 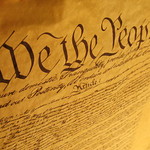 We seem to be tumbling down a long dark shaft toward a reckoning. A reckoning of our history, of the dreams that helped build us, the denial that sustained us, the sins that defiled us, the nightmare of oppression that too many of our people have endured. Our shadow of racism fully exposed, the light from a thousand video feeds burning a hole through our willful ignorance, we stand before the world, and even more grievously, before ourselves, naked and fully exposed.

And now, beset by a pandemic that has been aggressively scorned by the leader of our land, with millions out of work and hundreds of thousands in the streets, we face the furnace of a heating planet and an already overheated political season, a presidential campaign in the offing that will not look or sound like anything that has ever come before.

“Who are we?”, we will be asking come November. Or perhaps more to the point: “Who will we be trying to become?”

More and more, it looks like we are facing a momentous four months of grappling with that question. 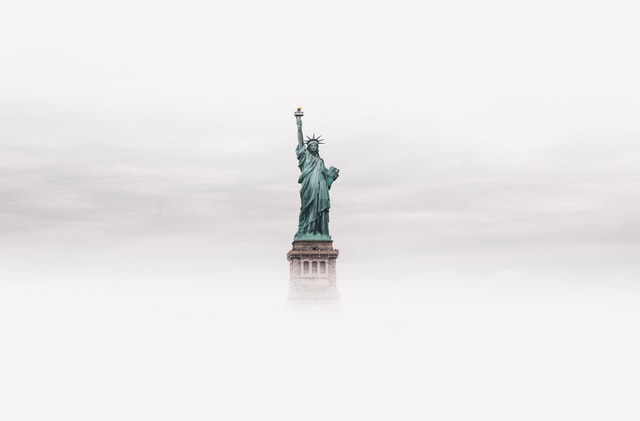 There is huge irony in the mere title of Langston Hughes’s “Let America Be America Again,” and I would submit that 100% of the irony lies in that final word: “Again.”

America has always been an Idea almost as much as it has been a nation. And while the Idea has inspired various elements of greatness and noble purpose, the nation has all too often not been consonant with the Idea, has not put into practice the highest aspirations of the Idea in a way that served all its people as the Idea claimed it would.

Hughes wrote “Let America Be America Again” in 1935 as a 33-year-old light-skinned African American man with a complicated ancestry (comprised of both slaves and slaveowners), an almost certainly homosexual orientation (he remained officially closeted), and a deep mine of intellectualism and writing talent he dove into at an early age.

Blessed with copious skills and a generally sunny disposition but relegated to the outsider status his race conferred upon him, he well knew how bright the Idea of America burned—and how dimly it shone for himself and the other marginalized minority populations he lifted up in this piercing 86-line tour through the American Dream.

The irony in the poem’s title (which also functions as its first line) doesn’t take long to reveal itself. “Let America be America again,” Hughes implores, implying that there once existed an actual America that was more than a motto or ideal. The next three lines follow in the same vein:

Let it be the dream it used to be.
Let it be the pioneer on the plain
Seeking a home where he himself is free.

There is grandness and vision here, pioneering and seeking ala the great American adventure.

But then, Hughes punctures the myth, telling the truth about what those sterling American qualities amounted to for him, as he uses the first of three sets of parentheses in the poem to personalize and express his experience as a counterpoint to the dream:

Of course not. How could it be in the heat of 1930s Jim Crow laws and “strange fruit” hanging from trees?

(How can it be today, with knees on necks and the battered doors of innocents shot in their own home in the night?)

The next stanza elaborates further upon the dream:

And then the personalized rejoinder:

Another stanza of lofty purpose:

And the final parenthetical observation to set the record straight, this time in two lines:

That’s a devastating claim from one of her native sons: Nor freedom in this “homeland of the free.”

The quote marks around the “homeland” phrase only heighten the gulf between ideal and actuality, Hughes quietly savaging the hypocrisy of a nation trumpeting a radical notion of human freedom while keeping millions of its people in chains—literally at first, then with the kind of oppression that kept those chains tightly bound for far too many supposedly “free” persons.

It’s both a gorgeous and haunting poem that I will now let you read, if you haven’t already, free of any further commentary. Other than to say how generous it was of Hughes to widen his lens and see how the structures of oppression, the dominant culture’s fear and disdain of the “other,” can and does affect multiple powerless populations. The fact that Hughes stood up for those groups, too—“the poor white,” “the red man,” “the immigrant,” “the farmer,” the working poor caught in the maw of capitalism—universalized his quest for justice, staking a claim for an America that holds all its sons and daughters close to its bosom—and calls them her own.

I am the poor white, fooled and pushed apart,
I am the Negro bearing slavery’s scars.
I am the red man driven from the land,
I am the immigrant clutching the hope I seek—
And finding only the same old stupid plan
Of dog eat dog, of mighty crush the weak.

I am the young man, full of strength and hope,
Tangled in that ancient endless chain
Of profit, power, gain, of grab the land!
Of grab the gold! Of grab the ways of satisfying need!
Of work the men! Of take the pay!
Of owning everything for one’s own greed!

I am the farmer, bondsman to the soil.
I am the worker sold to the machine.
I am the Negro, servant to you all.
I am the people, humble, hungry, mean—
Hungry yet today despite the dream.
Beaten yet today—O, Pioneers!
I am the man who never got ahead,
The poorest worker bartered through the years.

Yet I’m the one who dreamt our basic dream
In the Old World while still a serf of kings,
Who dreamt a dream so strong, so brave, so true,
That even yet its mighty daring sings
In every brick and stone, in every furrow turned
That’s made America the land it has become.
O, I’m the man who sailed those early seas
In search of what I meant to be my home—
For I’m the one who left dark Ireland’s shore,
And Poland’s plain, and England’s grassy lea,
And torn from Black Africa’s strand I came
To build a “homeland of the free.”

O, let America be America again—
The land that never has been yet—
And yet must be—the land where every man is free.
The land that’s mine—the poor man’s, Indian’s, Negro’s, ME—
Who made America,
Whose sweat and blood, whose faith and pain,
Whose hand at the foundry, whose plow in the rain,
Must bring back our mighty dream again.

Sure, call me any ugly name you choose—
The steel of freedom does not stain.
From those who live like leeches on the people’s lives,
We must take back our land again,
America!

O, yes,
I say it plain,
America never was America to me,
And yet I swear this oath—
America will be!

Out of the rack and ruin of our gangster death,
The rape and rot of graft, and stealth, and lies,
We, the people, must redeem
The land, the mines, the plants, the rivers.
The mountains and the endless plain—
All, all the stretch of these great green states—
And make America again!

***
When America was still singing out loud and in public—may it be so again soon, and safely…

6 comments to He Had a Dream: Langston Hughes’s “Let America Be America Again”